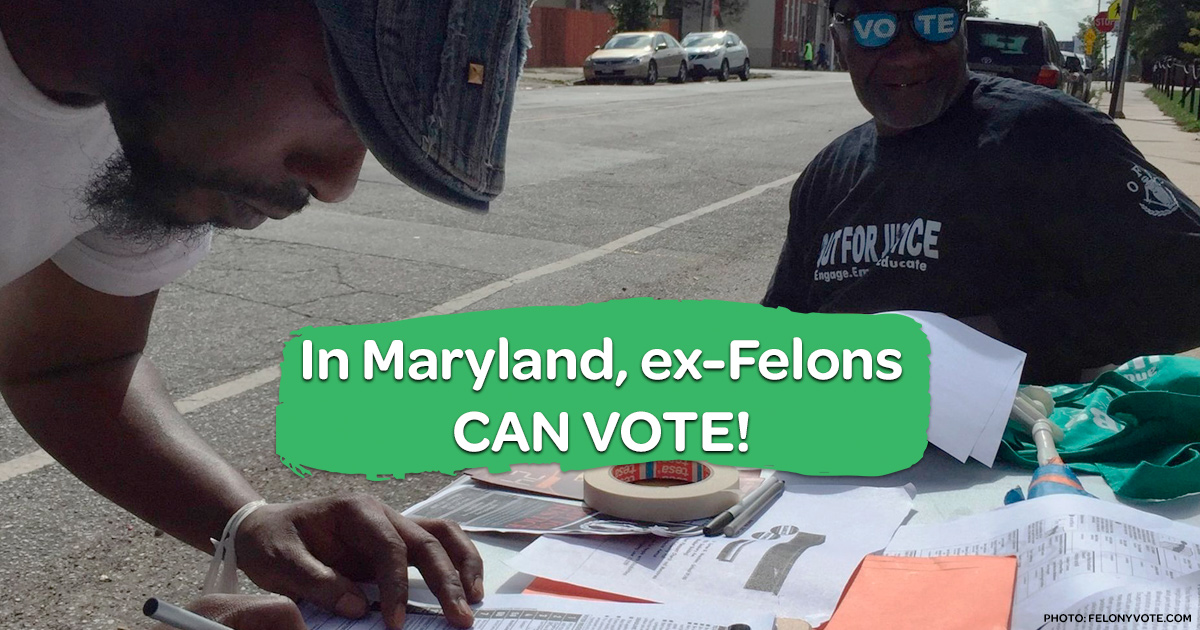 Baltimore, MD – In 2007, a group of local activists led by former felons, went to Annapolis with a bill they had crafted entitled, the Voter Registration Protection Act, which restored voting rights to former felons upon completion of their court-ordered sentence. However, they continued fighting to expand the law even further, and in 2015 Out for Justice and others successfully got the Maryland General Assembly to extend that opportunity to anyone who was not currently incarcerated, which took effect in 2016. 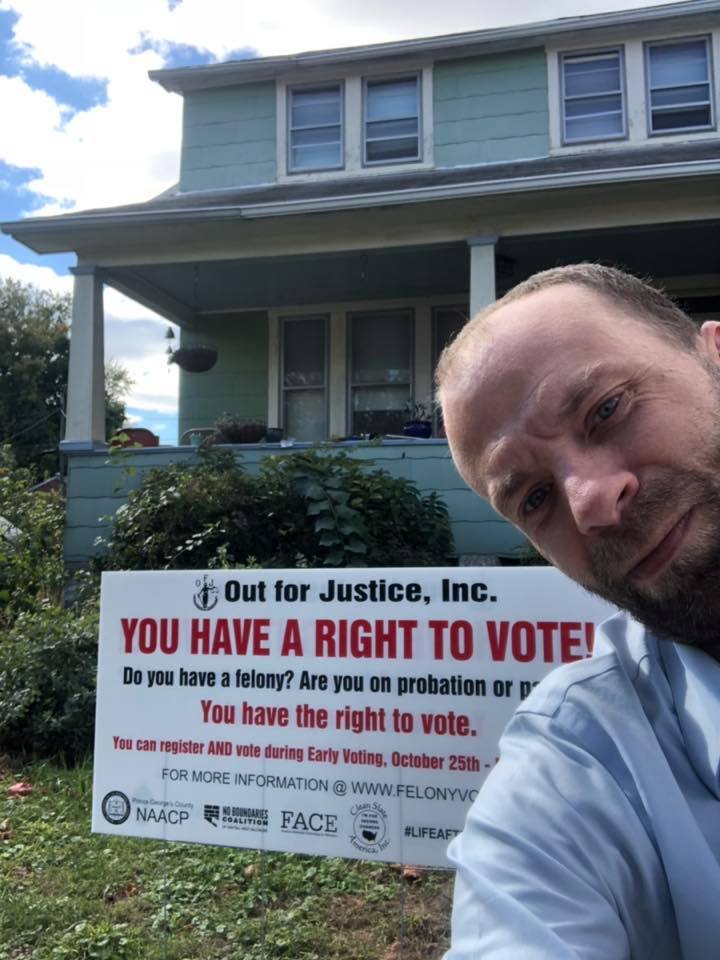 Bottom line...if you are home, you can vote!

No matter how many felony convictions you have, or whether or not you are still on parole or probation, as long as you are over the age of 18, a resident of Maryland and have not been convicted of buying and selling votes, YOU ARE ELIGIBLE TO REGISTER TO VOTE!