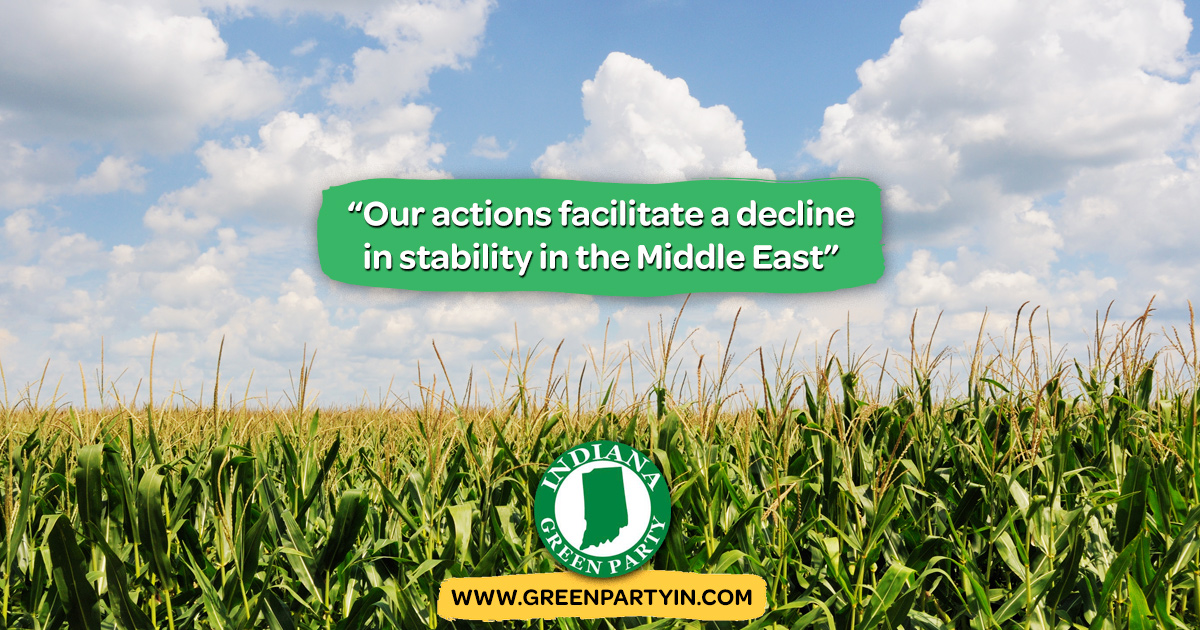 INDIANAPOLIS –  The Indiana Green Party condemns the recent unilateral U.S. killing of Qasem Soleimani, the escalating use of military force and might, and the above reproach aggression by the military-industrial complex and its enablers. Our actions facilitate a decline in stability in the Middle East resulting in a cycle of violent aggression and retaliation. The murder of Iranian military leader, Qasem Soleimani, further threatens stability and is one of many examples of violence giving rise to more complex conflict throughout the world. The long-term consequences of such a careless foreign policy will further erode a path towards peace.

The Indiana Green Party calls for an immediate deescalation, a withdrawal of our armed forces and secret services, and the willingness of world leaders to stand united against those who profit from death and destruction. The Green Platform calls for the repeal of the Authorization for Use of Military Force (AUMF) 2001, and opposes other measures 'authorizing' preemptive or illegal military actions.

The party further calls upon its members, elected officials, and all citizens to join peace organizations such as Code Pink and Popular Resistance in the streets today, Saturday, January 4th, to demand an end to U.S. aggression.