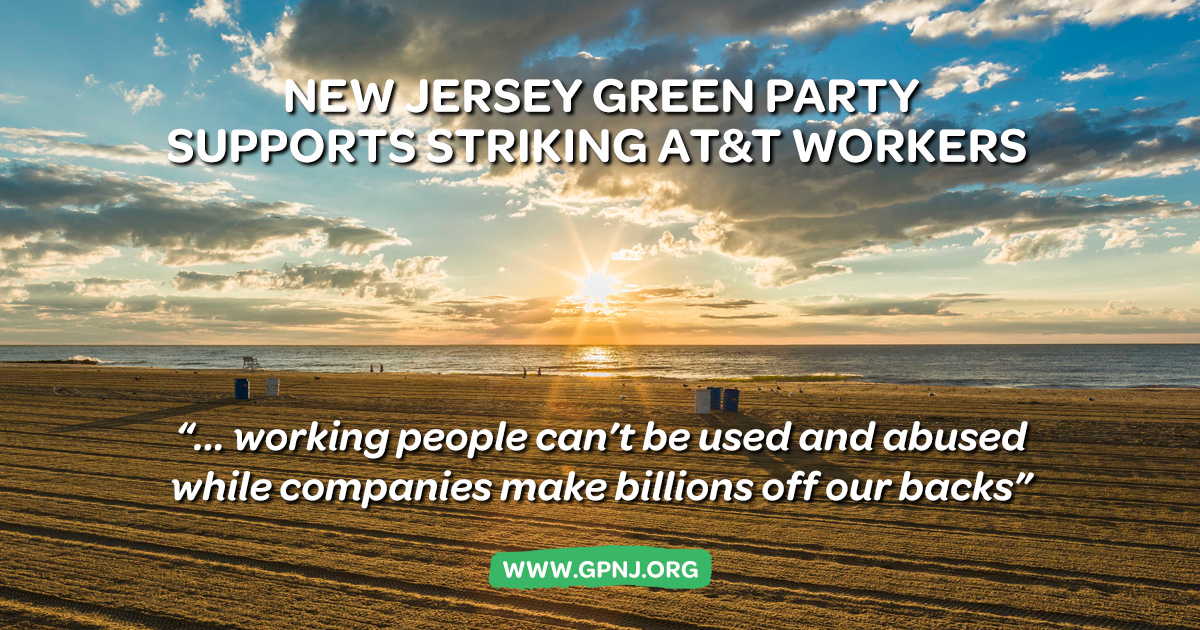 40,000 workers at AT&T just announced that they will walk off the job TODAY Friday May 19 at 3pm ET if they haven't won a fair union contract by then. Workers have been at the bargaining table for months fighting for good jobs against a company dead set on lining its pockets at the expense of the workers who make them billions. Editors note: Union employees of AT&T walked off the job at 3:00 pm ET.

This will be the biggest strike in the United States since 40,000 Verizon workers walked out last year, and may be the biggest strike of retail workers at a national company in U.S. history. The strike would include 21,000 retail and call center workers at AT&T Wireless across the country, and 17,000 AT&T West landline and DIRECTV workers in California and Nevada, along with landline workers in Connecticut. This is what working class people need to do more of if we want to stop the capitalist class from continuing their assault on workers.

Will you join striking workers at a picket line at a nearby retail store, either this Friday, Saturday or Sunday? Click here to find a location near you and RSVP. We’ll be back in touch to let you know if we aren’t on strike Friday.

If you can’t join us on the picket line, click here now to send an email to CEO Randall Stephenson to say you stand with workers fighting for good jobs.

Wireless workers at AT&T have seen their salaries eroded year after year and their benefits get more and more expensive. It’s getting almost impossible to make ends meet working at AT&T Mobility.

And this isn’t just about AT&T, which is the 10th largest company in the country and made $13 billion in profits last year - we have to take a stand to say working people can’t be used and abused while companies make billions off our backs.

If workers do strike on Friday, they will be striking to protect their jobs (which are being outsourced left and right), preserve affordable health care, and stop their wages from stagnating.

Please sign up here to join a picket line either Friday, Saturday or Sunday!

This fight is bigger than AT&T, this is about working people standing up to corporate power for good jobs and a better future. The Green Party of New Jersey will continue to support all working class people who fight back!