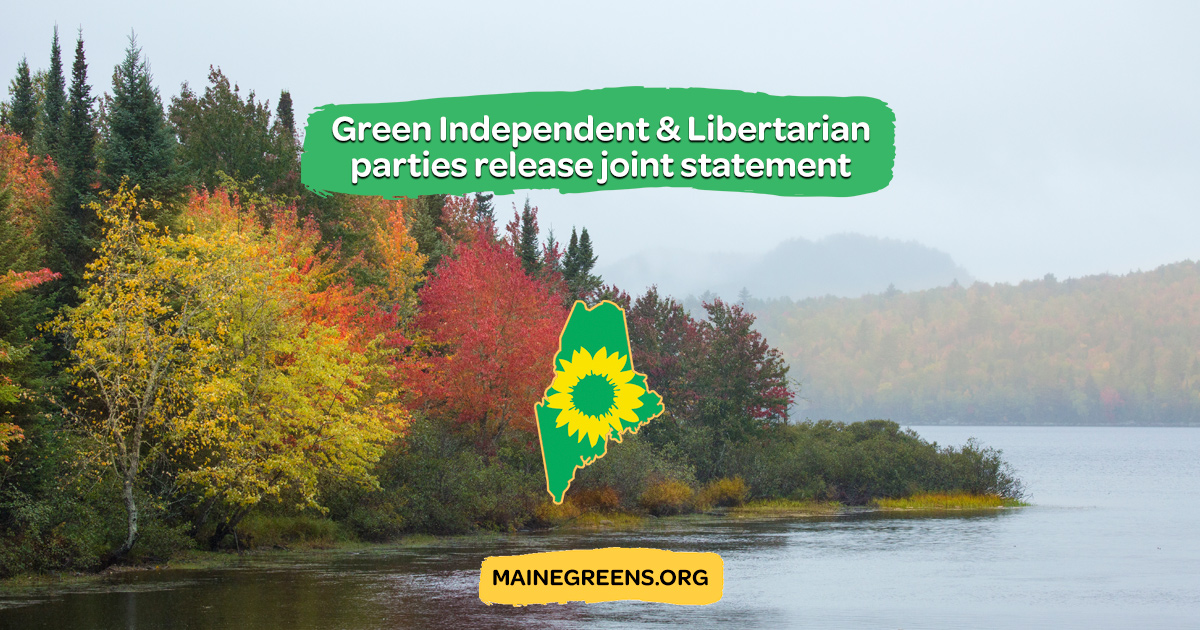 AUGUSTA, ME -- The Green Independent and Libertarian parties of Maine have agreed to work together to promote pro-democratic policies and protect individual liberties. Officers of each party held a joint press conference, at the Samantha Smith statue near the capitol building in Augusta, in front of the Maine State Museum, on Saturday, February 9, 2019 at 3 p.m.

The officers discussed 10 areas of cooperation between the two largest non-major political parties: 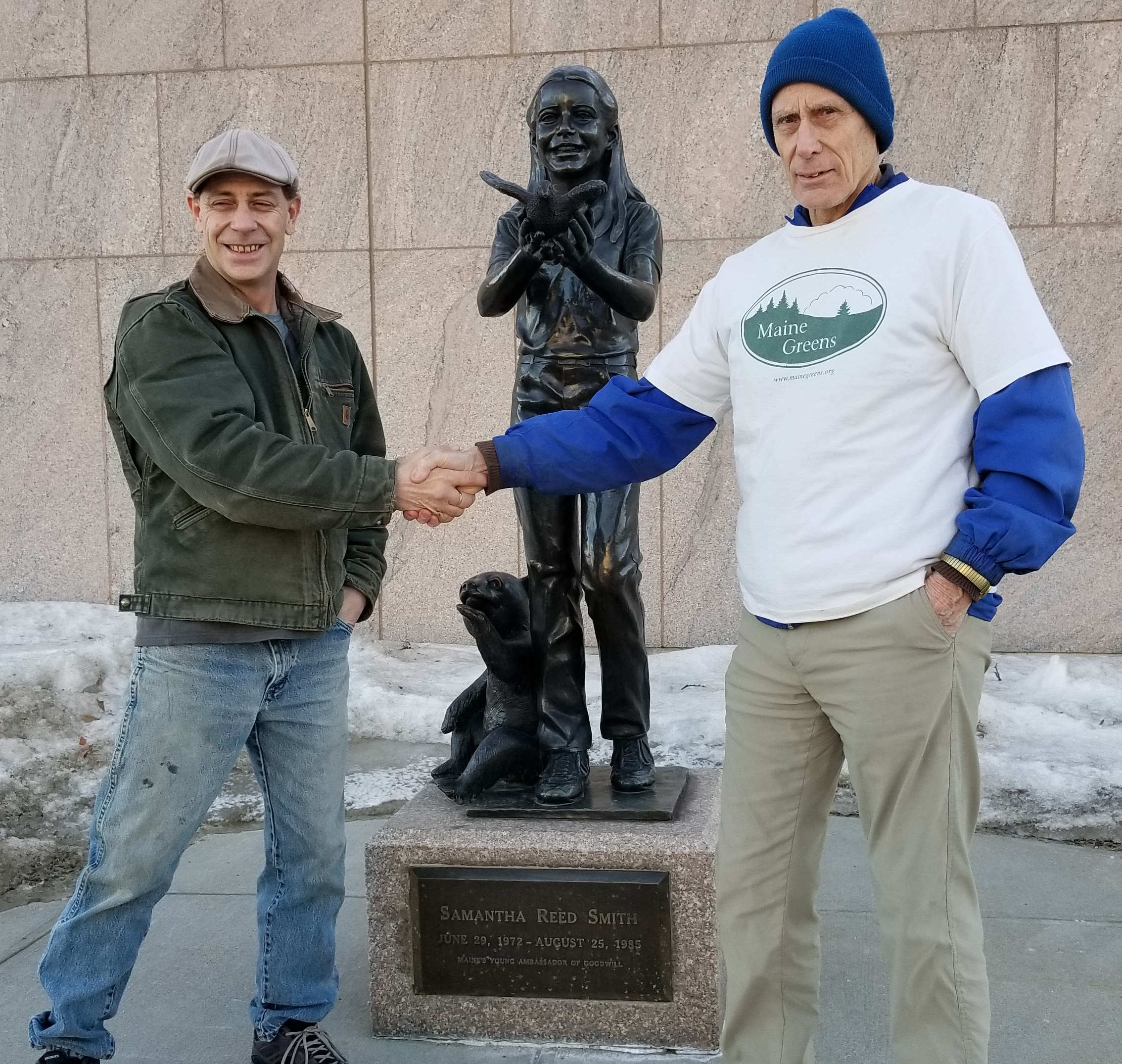 Despite having diverse fundamental ideological perspectives with regard to an economic foundation for our society, the Maine Green Independent Party (MGIP) and the Libertarian Party of Maine (LPME) are united in our desire for honesty and integrity in our political system. We find these qualities frequently lacking within the two major political parties, especially at the national level. Examples abound.

Maine has a good track record of allowing all qualified candidates into debates, but many other states have not. At the presidential level, such compliance has been non-existent, despite being qualified on the ballot of enough states with sufficient electoral votes potentially to win. We seek an even playing field in the contest for political support.

The ten points of agreement herein were arrived at through the respective executive committees of MGIP and LPME and a 2 1/2 hour in-person discussion among some of these members. It is important to understand that these points of agreement in no way bind our respective national parties nor our parties in other states. Further, this agreement should not be interpreted as any kind of merger. We agree on some issues, but in others agree to disagree, but in a cordial manner have agreed to unite on these issues in order to strengthen our advocacy for or against these important matters.

In putting this initiative forward, we implicitly encourage other state parties, and our national parties to follow suit by engaging in mutually respectful dialogue.