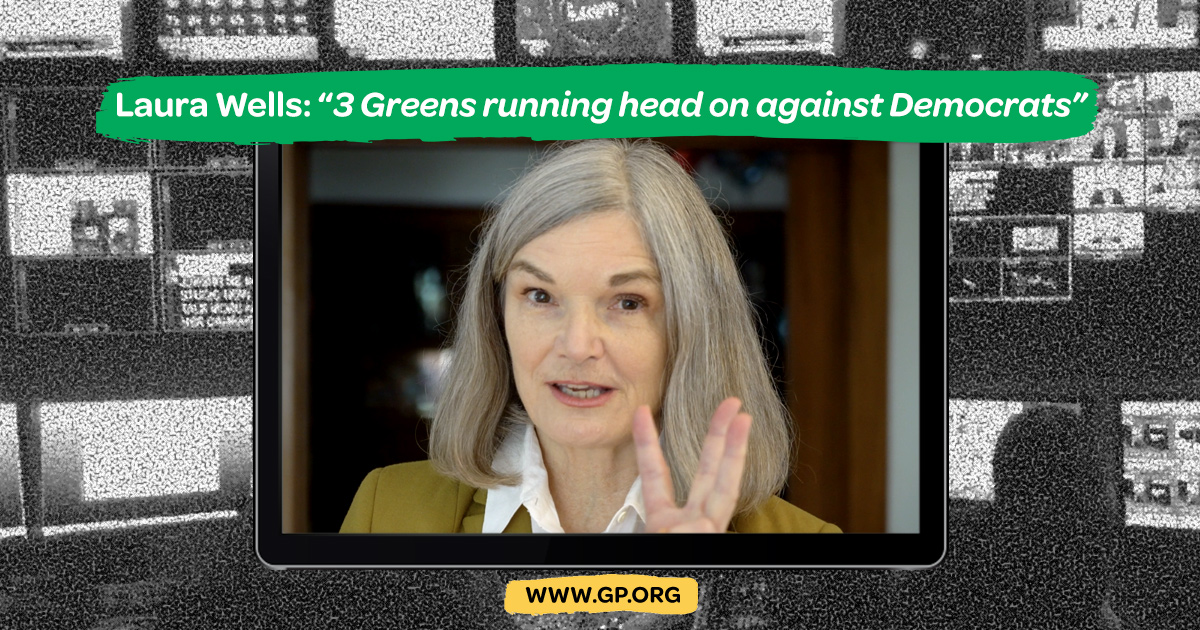 My name is Laura Wells and I’m running for Congress in California’s District 13 as a Green Party candidate. I am running because we need to raise our expectations and use our power to challenge a system that refuses to provide the very basics for us, in this, the richest country on earth. Barbara Lee was running unopposed on the June “Top Two” primary ballot. We ran a write-in campaign and won. Now I am one of three Green candidates for Congress, on the California November ballot, going head-to-head against incumbent Democrats.

The problem in our country is that there are basics we don’t have.

There’s no excuse for it, but there is a reason: the billionaires and their corporations have bought out both parties and are running our country.

Let’s have a debate! A real debate between arguably the most progressive Democrat in Congress, Barbara Lee, who still must act as a ‘team player’ to her corporatist Party, and a Green Party candidate with solid Green New Deal values, who never takes corporate money.