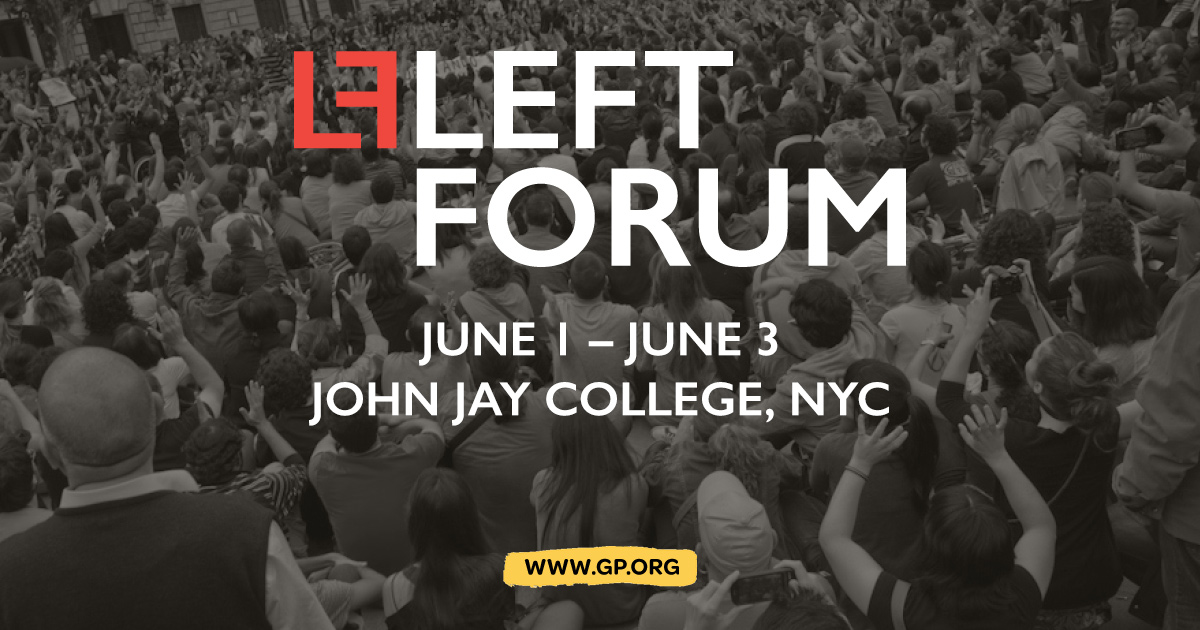 Towards a New Strategy for the Left is the theme for this year's Left Forum. A yearly event in New York City, Left Forum presents hundreds of forums and panel sessions.

This year's Left Forum includes 24 Green Party members participating in 19 panels. Ajamu Baraka, our 2016 Vice Presidential candidate is one of the featured speakers at the Closing Plenary, A Vision Moving Forward, on Sunday.

Fighting for Single-Payer Healthcare Justice: A Key Component of a Winning Strategy for the Left
Ursula Rozum

How an Ordinary Person Runs for Public Office
Carl Lundgren

It Was Bad Before Trump: Islamophobia and Muslim Political Prosecutions
Miko Peled