Progressives need to look to the Green Party for real change 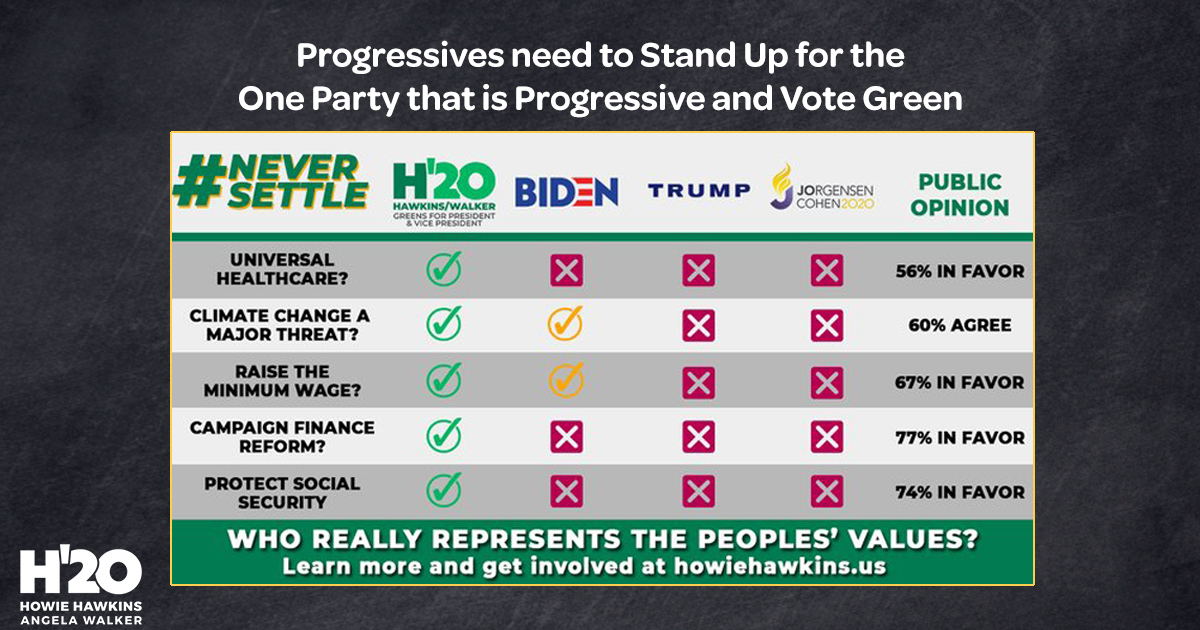 Let me say that I am in support of Howie Hawkins of the Green Party and the platform that he represents. Unfortunately, nobody knows Howie because of the two major parties blacklisting him and other minor parties.

Sad to say, the upcoming election has become a good example of identity politics: The Trump personality is seen as narcissistic and obnoxious. Joe Biden is seen as the nice guy who relates to the average person with compassion and humility. This is probably a pretty accurate description of both.

We can't ignore these last four years. While Republicans support Trump's policies, Democrats have been opposed to anything Trump. The result? Four years of attempts to destroy the Trump presidency with unfounded charges and unrelenting obstruction.

Probable lying in this process and lust for a return to power that even led to blaming foreign interference in Trumps’ election. No attempt at influencing a president who was unqualified politically and going by the seat of his business pants.

Yes, Biden is nicer, but he’s had years of opportunity to fix things in this country and, instead, has joined the elite. Trump is a disaster. Platforms of both parties are not progressive or even geared to change. The only platform that reflects support for the changes needed is that of the Green Party. Bernie’s idea that the Democratic Party can be changed from within by the addition of new young members is idealistic. Power is in the hands of the establishment.

I just wish that progressives would stand up for the one party that is progressive and vote Green. That message might even help to bring on a change in the party that wins the election.

Provided, of course, that progressives hold on to progressive values, which neither of the major party represents.