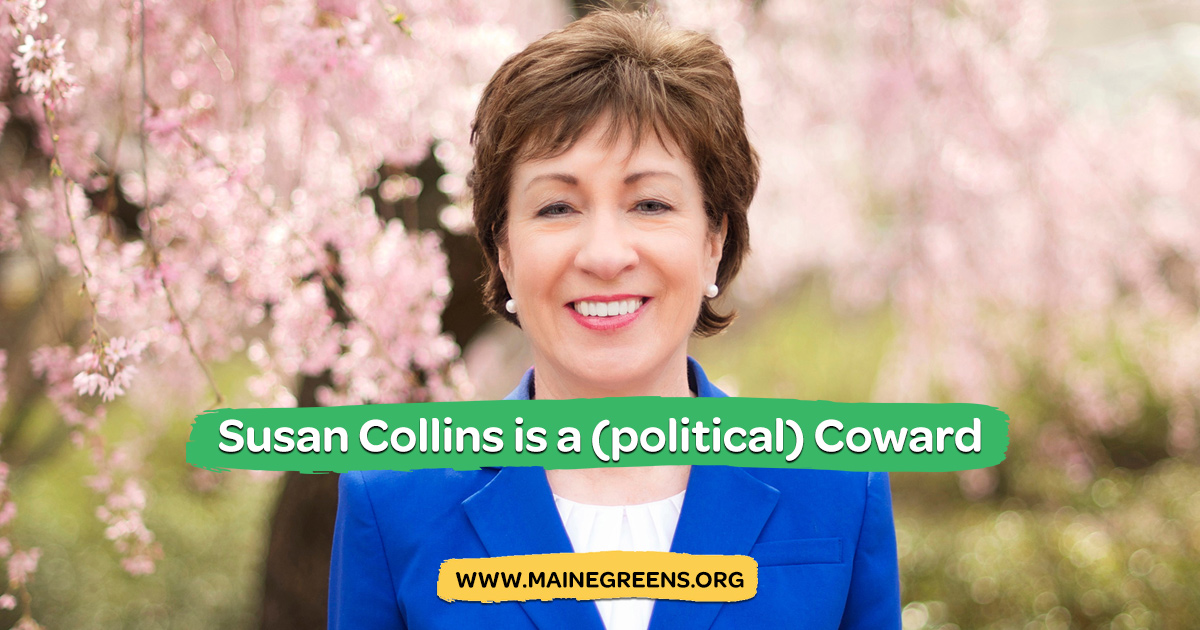 The Maine Green Independent Party (MGIP) is deeply disappointed in Senator Susan Collins' choice to support Brett Kavanaugh's election to the Supreme Court. We feel Kavanaugh's record, temperament and bias render him unfit to serve, and the credible allegations against him of sexual assault and aggression only strengthen that assessment. Senator Collins' willingness to disregard those allegations is profoundly distrubing.

MGIP cochair, Niomi Larrivee Mays said "Susan Collins had shown us our current Democrat and Republican representatives are not voting with the people's majority interests in mind. It's time we stand up and back the clean, green representatives of the Green Independent Party".

We stand with Dr. Christine Blasey-Ford and survivors across Maine who shared their stories with Senator Collins, only to be disrespected and ignored. Senator Collins placed partisan interests over the good of the country and gave a lifetime appointment to an unsuitable candidate whose views threaten the health and welfare of our citizens.

We will not forget.