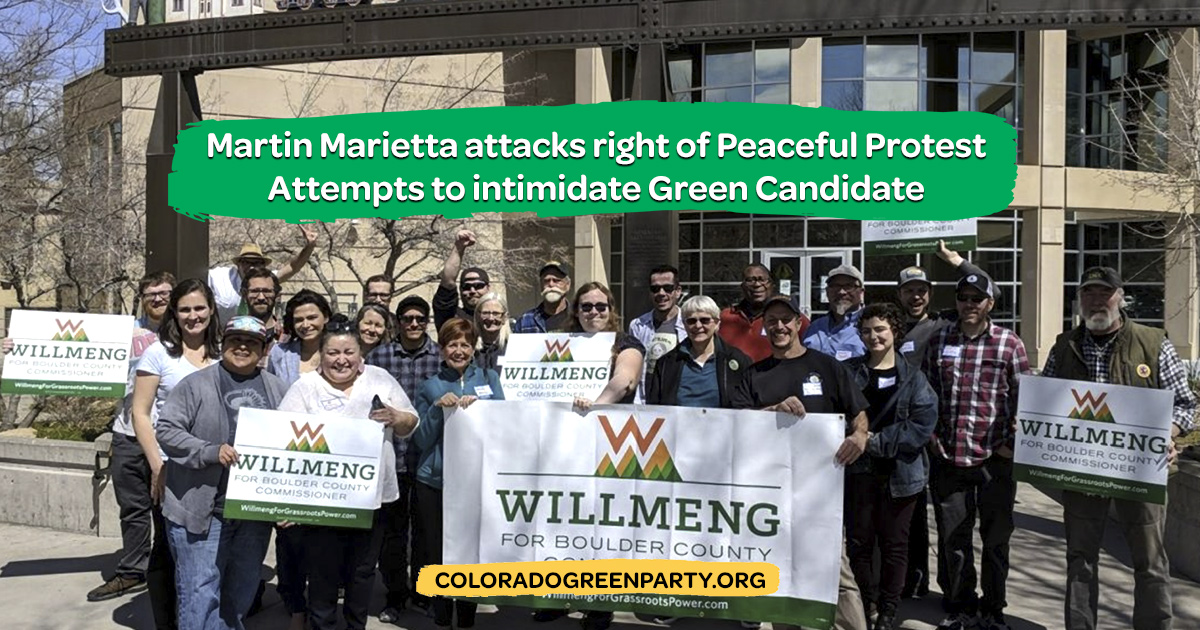 LAFAYETTE, Colo. -- Cliff Willmeng says he was more than a little surprised when a subpoena from Martin Marietta Materials showed up at his front door.

"I've never been subpoenaed before so I had to ask what it pertained too" he said.

The subpoena commands him to turn over all communication related to a protest against Anadarko at the Erie Community Center last year.

Willmeng said he is one of six activists who were served.

"At that point I understood that it had to do with my friend Paula's civil suit against that company for wrongful termination," said Willmeng.

Paula Oransky told Denver7 back in April, shortly after she filed suit against the company, that Martin Marietta fired her for being a part of the Anadarko protest in September 2017.

"They just terminated me because they thought it hurt their chances of having business with Anadarko," Oransky said.

"In essence, a fishing expedition for electronic communications between activists," Willmeng explained.

Willmeng is a well-known oil and gas activist in Lafayette, and founder of East Boulder County United.

He believes the subpoenas are an effort to try and quiet the opposition.

"It's an act of political harassment against activists," he said. "It has a very chilling effect."

The subpoena orders Willmeng and the other activists to turn over "messages exchanged via social media platforms," "email, online chat logs, letters and notes of conversation," and "all written, transcribed, taped filed and photographic materials" among others.

Willmeng said he was especially surprised to be a part of the court order because he wasn't at the original Anadarko protest.

Willmeng said all six activists have hired an attorney and plan to fight the subpoenas.

Denver7 reached out to Martin Marietta Materials for comment, but has not yet heard back.