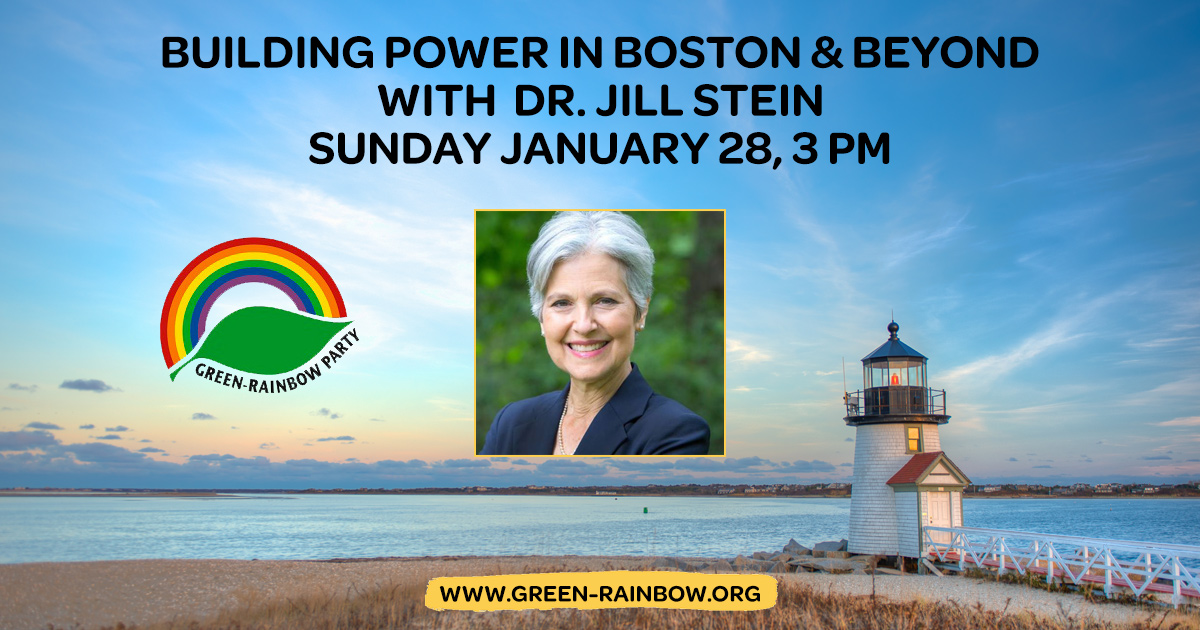 Please join me in Boston this Sunday January 28 at Building Power in Boston & Beyond: Resisting Militarism, McCarthyism, Austerity, Deportations & more.

The American empire is teetering at the brink, abroad and at home, where nearly half of Americans are in or near poverty, and 75% are living paycheck to paycheck, struggling in the face of austerity created by a military budget that knows no bounds. Decades of US military and economic domination have generated failed states, worse terrorist threats, and waves of mass migration.

A conversation with Jill Stein

Music by yours truly, CommUnity Voices, and you singing along

Now millions of hardworking undocumented Americans face deportation to the violence and poverty they were forced to flee in the first place - conditions all-too-frequently created by neoliberal empire. Meanwhile, rampant militarism is toxic to our democracy, generating repression and McCarthyism that's taking aim directly at our 2016 presidential campaign. while beating the drums for a wider world of war abroad.

This growing crisis is both an opportunity and an imperative to rise up, resist and transform in Boston and beyond – resisting not just Donald Trump, but the whole failed bipartisan establishment that led to his election.

Come connect the dots and build an unstoppable force for an America and a world that works for all of us!

Looking forward to seeing you Sunday!

It's in our hands,
Jill

PS. Come hear what the Green-Rainbow Party is up to and how you can help build the power!