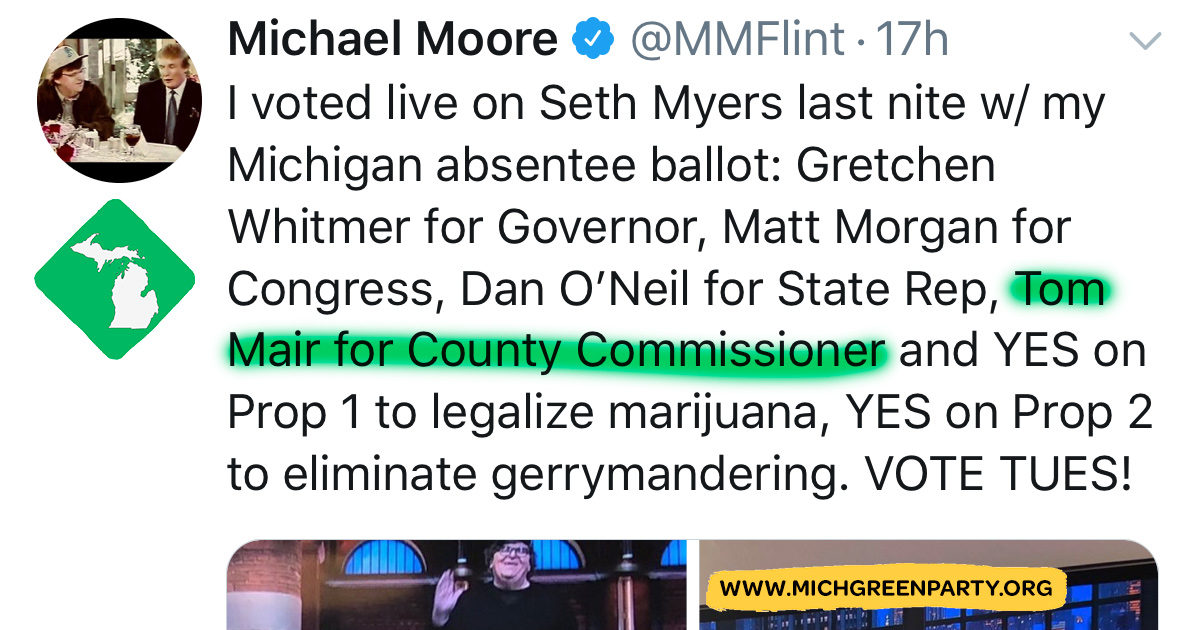 On Thursday, filmmaker Michael Moore completed his ballot, choosing Grand Traverse County Commissioner Tom Mair, an elected Green, during a live broadcast of the program "Late Night with Seth Meyers" on NBC. On the program, Moore offered his thoughts about non-voters, encouraging them to participate in the upcoming election while completing his ballot.

Following the event Moore talked about his choices, saying "I voted live on Seth Myers last night with my Michigan absentee ballot ... Tom Mair for County Commissioner." Moore resides in Grand Traverse County, where Mair is currently an elected Green. Mair won the seat in 2016.

Moore also voted in support of Proposal 1, which will legalize marijuana in the state of Michigan if passed. The Green Party of Michigan endorsed Proposal 1 by consensus earlier this summer.

Most recently, Moore directed the film Fahrenheit 11/9 and a music video for the rock group Prophets of Rage. You can view a clip of Moore filling out his ballot on the Late Night with Seth Meyers YouTube channel.