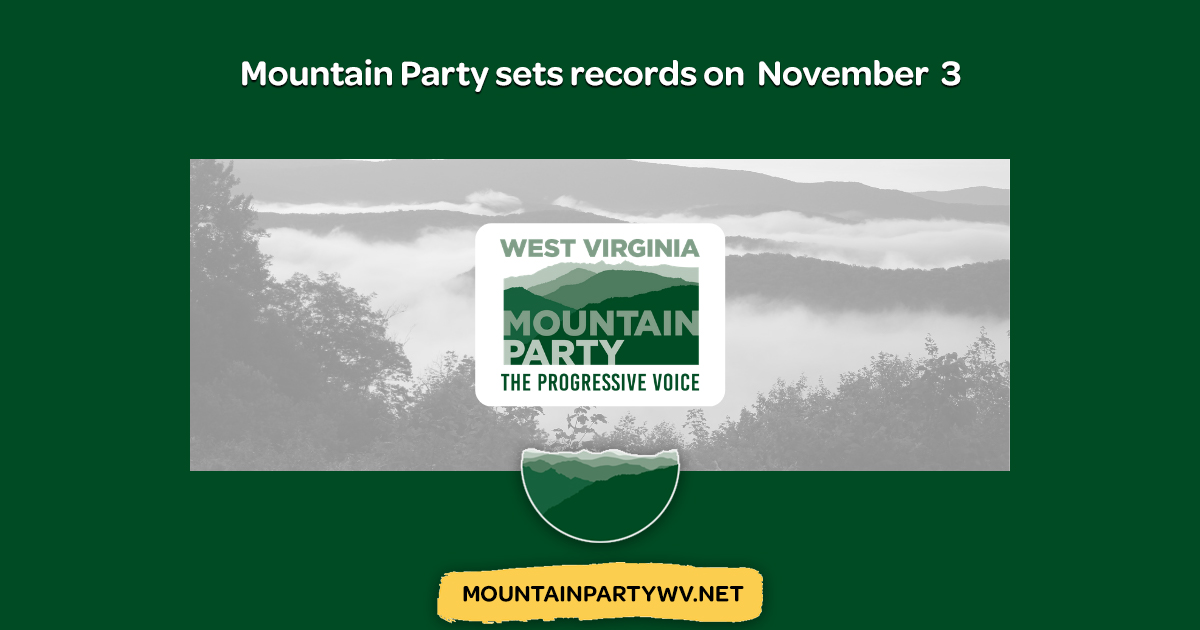 SALEM, WV 一 The Mountain Party has received more than 46% of the vote needed to retain its ballot access in the 2020 gubernatorial election. Danny Lutz received over 11,000 votes at 1.46% of the total vote, only needing 1% per state code.

In the 2020 primary, the Mountain Party re-elected its two Conservation District Supervisors to the Eastern Panhandle and Southern conservation districts. Gearing up for the general election, the party knew it would be a challenge.

New records were set in the State Senate election. Donald Kinnie received nearly 20% in the District 15 Senate race with 9,880 votes. This accounts for 1.34% of the total votes statewide received by the Mountain Party for the upper chamber. Compared to the party’s best statewide record from 2010, the raw vote count is nearly three times larger and the percentage has nearly doubled.

Another record includes a vote increase for House of Delegates compared to the previous presidential election. In the 59th House District, Robert Smith received 1,209 votes or 12.6% in a competitive three-way race in the deep red constituency.

Another notable result of the night was David Tabb’s run for Jefferson County Assessor, where he received over 33% of the vote.

Mountain Party State Chair, Denise Binion, credits the party’s first ever candidate pledge for the improved performance. “Implementing a candidate pledge has helped to insure committed candidates who are serious about running for office.”

Despite not yet breaking through into the legislature, the Mountain Party is committed to policy advocacy and voter education. Its legislative priorities for the 2021 session will soon be announced, with primary focus on electoral reform.