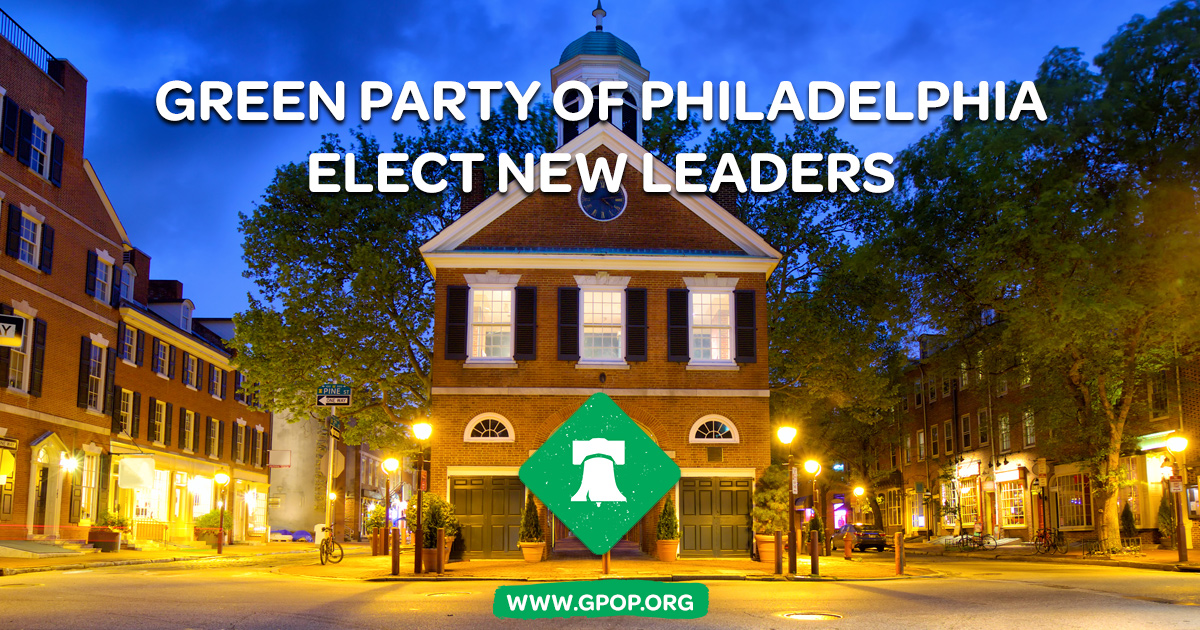 Members of the Green Party of Philadelphia (GPOP) elected their 2018 leaders while meeting at Shissler Recreation Center in Fishtown. The new leadership is young and energetic, two characteristics which will be useful in their rejuvenation of the Green Party. This was recognized by Margie Neary, the newly elected GPOP Membership Secretary, who had told the Greens, "lf elected, I would bring positive energy, organizational skills and fresh ideas to the position."

The new GPOP City Committee will be the youngest in its history, and it is faced with several long-term problems, including a dwindling Green Party membership. This is the result of a continuous membership slide during the past eight years.

Another obstacle is the constant turnover in Green Party leadership. New ideas and youthful vigor are, of course, beneficial to any political party. GPOP, however, has changed leaders every two years in the face of a 25 percent membership decline from 2,033 voters in November 2010 down to 1,551 voters in November 2017.

Fortunately, newly elected GPOP Chair Taj Magruder recognizes the challenge before him. In running for office, Magruder told the members in a campaign statement, "I want to increase the number of registered Greens and ensure we recruit and support more candidates for public office." Most of the other members of his new City Committee expressed similar desires.

Christian Banch, newly elected as City Committee Member at Large, had spent 2017 on the Pennsylvania Green Party steering committee. Banchs gave a more specific anticipation of his plans for GPOP's future. "Some things I would like to get done," said Banchs, "would be to build on our infrastructure for communication with membership, recruit more members via increased outreach, build coalitions with organizations for issue based campaigns, increase the number of registered Greens in Philadelphia and recruit a candidate to run a viable campaign for upcoming elections."

New GPOP Recording Secretary Michael "Georgie" Georgeson said, "My main goals going forward are to continue using my skills as a professional graphic designer and animator to increase the general public's knowledge of the party and invite more people into our party."