No War in Ukraine! Negotiations, Not Escalation! 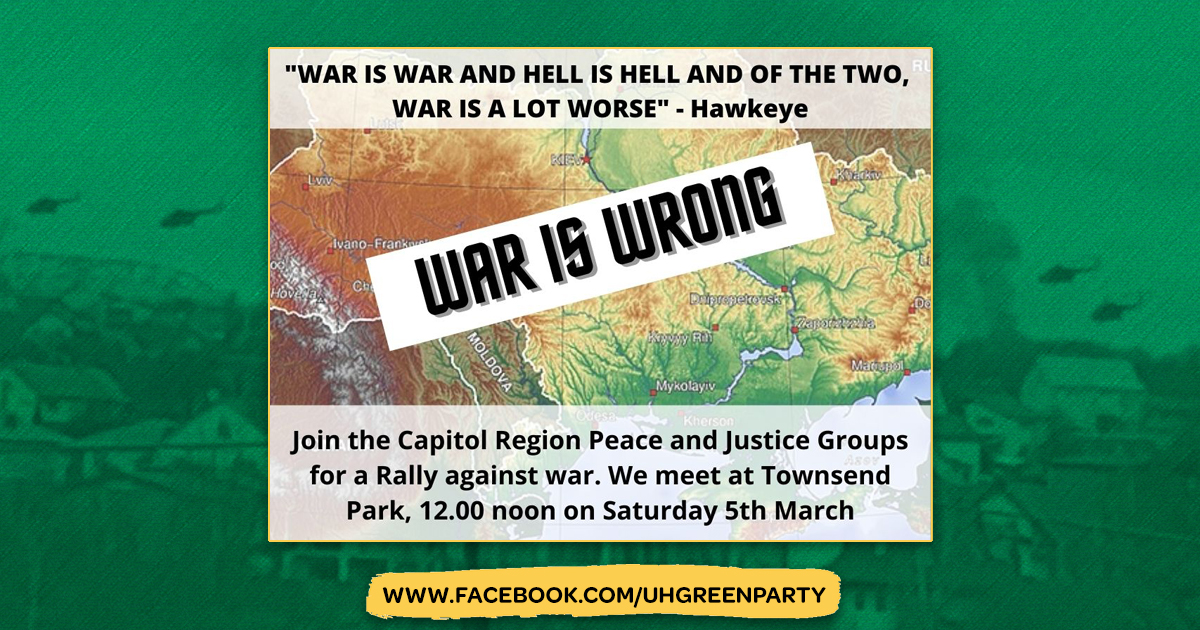 Please join the Upper Hudson Green Party,  Bethlehem Neighbors for Peace, Capital District Socialist Party of New York, and the IWW Upstate New York to speak out for a ceasefire and halt to fighting, diplomacy and negotiation to end the war in Ukraine, and against the militarism of NATO and Russia. Join us in speaking against the conflict between the imperialism of the US and its NATO allies and Russian imperialism playing out in Ukraine today.

We must be united against the US military-industrial complex that has relentlessly pushed NATO eastwards and deliberately antagonized Russia and taken us closer to nuclear war than any time in the last thirty years.

We must be united against Russian militarism and imperialism in Ukraine.

Stand with us in opposing a war that will make it nearly impossible to deal with the effects of catastrophic climate change and will redirect societal resources from the working class to the military and war profiteers.

Come speak against the new Cold War that will only benefit the ruling class.

Peace is always the harder road, and that is precisely why it is worth working for.

We in the Capitol Region have the chance to come together on 5th March to speak out and join each other in solidarity against violence and war. We invite you and your organization to be there for an hour, on 5th March at 12.00 noon.