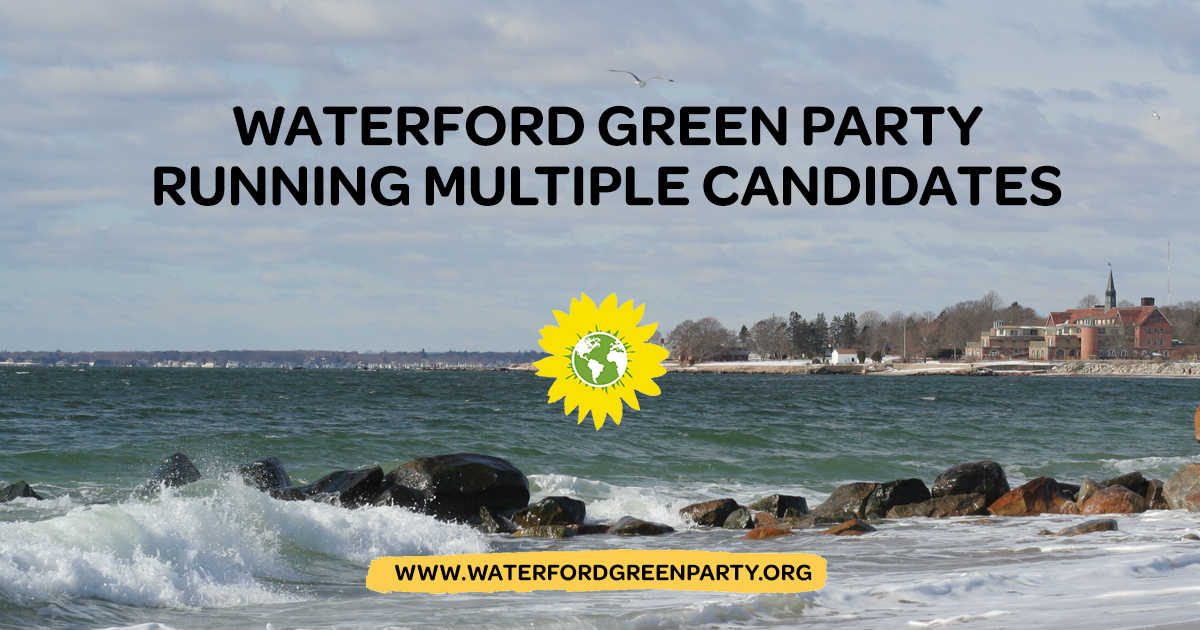 On Thursday, September 14, 2017, the Waterford Green Party received confirmation from the Secretary of the State of Connecticut's office that their nominating petitions were officially approved. Petitions were submitted before the state's August deadline for five of the nine candidates that the party is running in the 2017 municipal election.

Due to Connecticut State Law, minor parties like the Green Party are required to petition in order for their candidates to appear on the ballot, unlike the two major parties. Ballot access is only maintained for minor parties after a candidate has petitioned and received more than 1% of the vote in a previous election. The Waterford Greens have maintained access for six positions since the 2014 and 2015 elections, and expects to increase that for each of the five positions they petitioned for this year.

This good news comes soon after the party released its 2017 platform, which outlines their shared vision for Waterford's future. The platform focuses on local economics, environmentalism, durable infrastructure, 21st century education, and government transparency, and has overwhelmingly received positive feedback. The platform can be read online at waterfordgreenparty.org/platform.