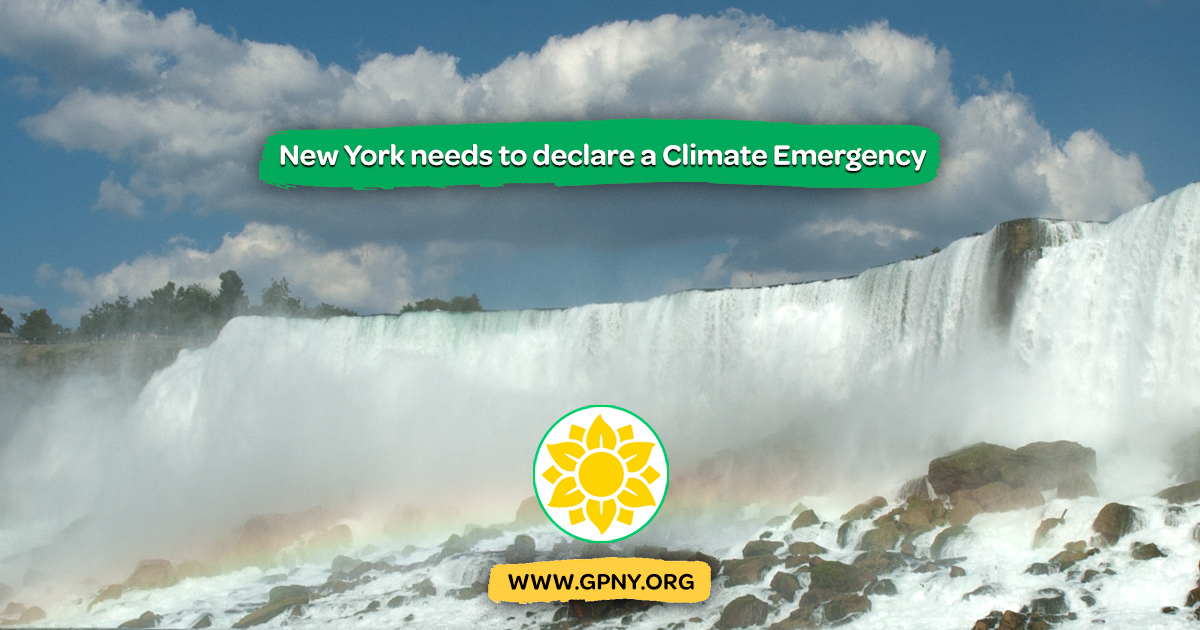 The Greens also chastised the Democrats for their delay in delivering on the progressive agenda that they promised New York voters including single payer healthcare, marijuana legalization, labor rights for farmworkers and expansion of rent control and tenants' protection.

"It has often taken Democrats decades to enact proposals first advanced by the Green Party such as same sex-marriage,$15 an hour minimum wage, or a ban on fracking. But we won't survive their decades of inaction on climate change. The proposals they are discussing like the CCPA reflect the policies that the developing world rebelled against in Paris three years ago since it condemned them to climate disaster," stated Gloria Mattera, GPNY co-chair.

The Green Party has long-supported a Green New Deal and the NYS OFF Act, starting with a transition to 100% renewable energy, zero greenhouse gas emissions by 2030 and a halt to new fossil fuel projects. The Greens also advocate for public / worker ownership and democratic control of our energy system, promotion of regenerative agriculture, and enactment of enforceable climate action plans at the state and local level with two-year benchmarks and updates. The Greens have advocated for a major development of offshore wind. The Greens support a goal of capping global warming as close to 1 degrees C as possible as compared to the 2 degrees pushed by most Democrats. The Greens have called for the state to divest its pension fund from the $11 billion dollars it has invested in Exxon and other fossil fuel companies.

Since 2010 the Greens have called for New York to enact a Green New Deal, combining the 2030 timeline with an economic bill of rights including a guaranteed living wage job, single payer healthcare, free college education and expanded affordable housing programs. The Greens support dedicating 40% of climate funding to disadvantaged communities along with a Just Transition to protect existing workers in the fossil fuel and nuclear industries. The Greens support a phase-out of nuclear power by 2025.