Green Party of Ohio: Single Payer Is The Solution 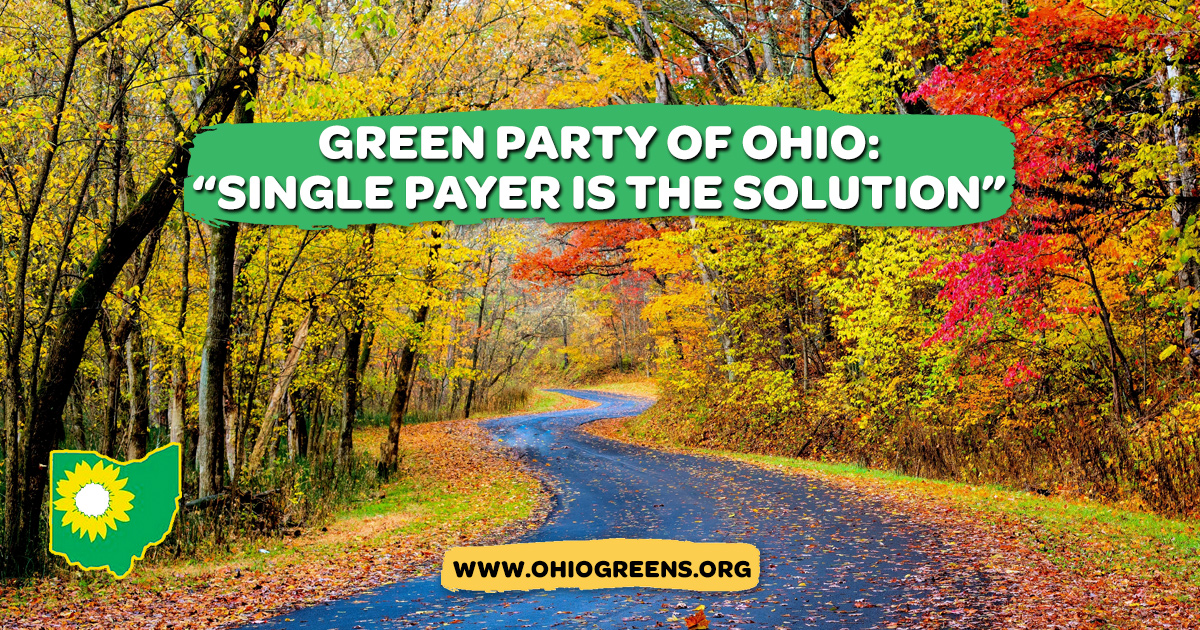 Cleveland OH: The Green Party of Ohio has observed with interest the false "debate" that has occurred in Washington DC and in statehouses around the country.

We realize that the "Affordable Care Act", better known as Obamacare, is a flawed law that has never lived up to the promises the Democratic Party talked about during its passage.

The Republican plan, recently withdrawn by the US House leadership, is equally flawed. Neither plan addresses the basic problem in the US healthcare system, the fact that our system, as presently constituted, contains a profit motive. Insurance companies, far from acting in the best interests of their customers, have acted, and will continue to act, with shareholder and management profit in mind.

The result is the the United States spends more than other countries but achieves lower efficiencies and worse health outcomes.

A single payer program, as drawn up in HR676, the "Expanded & Improved Medicare For All Act" has been introduced in each Congress dating back to 2003. It has never received enough votes for passage. Members of both the Republican and Democratic Parties have had a vested interest in keeping the "profit" motive firmly ensconced in US healthcare due to campaign donations that funnel in on a regular basis.

It is long past time for our representatives in Washington DC to act in the interest of their constituents. Polls show a majority of the American public would be in favor on instituting a single payer system for our healthcare needs.

To that end we ask that Ohioans currently serving in the US House to back the passage of HR676. We also ask that our two US Senators take steps to introduce this legislation in the Senate.

We also ask our local representatives in Columbus to vote for the passage of Ohio Senate Bill 91, The Ohio Health Care Plan, which would introduce single payer in Ohio on a statewide basis.

Joseph DeMare, Green Party of Ohio Political Director and 2016 US Senate candidate said "As in every other developed nation, we should have a system that provides health care to everyone, recognizing it as a universal human right. People providing health care for each other marked the beginning of human civilization and culture itself.

We live in a country where, if you don't make enough money, you will be denied healthcare and can die of preventable and treatable diseases. This is barbaric."

Connie Gadell-Newton, Green Party of Ohio Co-Chair added "In a Single Payer system, everyone is covered, and that coverage does not end with a job change or a divorce. Employers are freed from the costs of providing care to employees.

Citizens are assured of going to a medical professional of their choice, there are no "out of network" costs that are incurred simply because someone went to the wrong emergency room. The actual cost, to the American public, would be less than what it is now."

The Green Party of Ohio recognizes that healthcare should be treated as a right and each and every single American deserves the full benefit of our healthcare facilities and those professionals working within them.