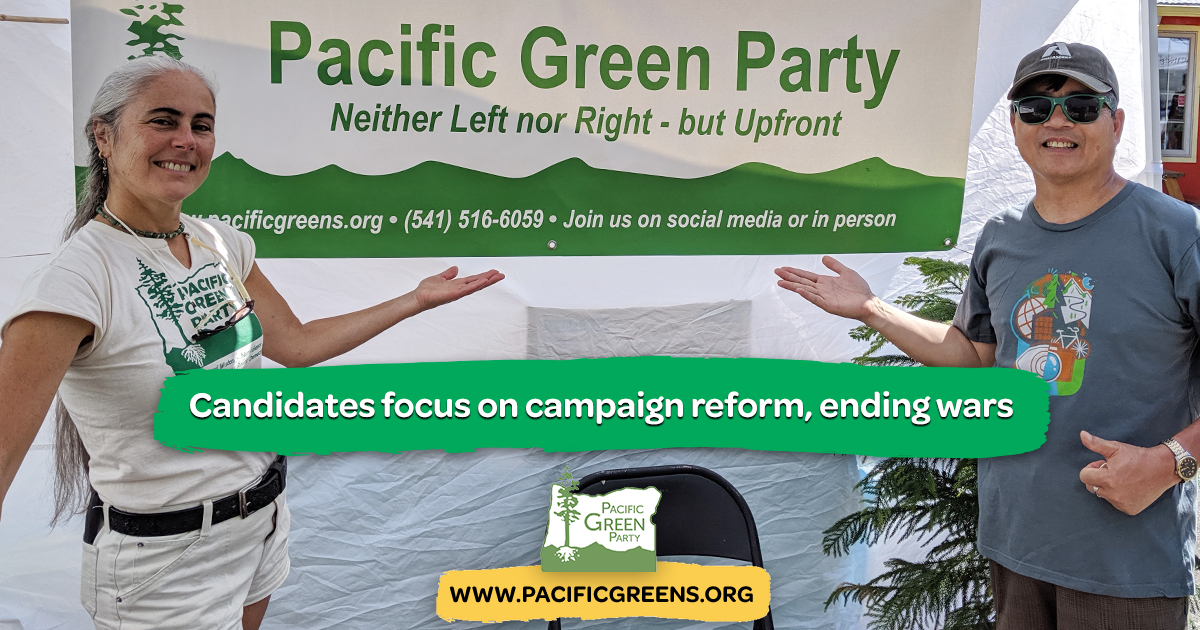 [00:00:14] Dan Pulju: Hi, my name is Dan Pulju. I am a longtime anti-war activist. I produce a radio program of war news; since about 2017, I’ve spent thousands of hours researching and broadcasting information from primary sources about the Syrian, Yemen, Afghan, and Ukraine wars.

[00:00:32] I’ve been an anti-imperialist since about the age of 16. That was when it dawned on me that a government which wars abroad, wars at home against its own. We suffer under the dictatorship of our military-industrial complex.

[00:00:47] The central issue of my campaign will be, and is, the Ukraine war. Some people are calling the Ukraine war a hybrid war, even a total hybrid war, because of the extreme Western sanctions involved. I believe these sanctions are harming our economy, harming the global economy, and prolonging this tragic conflict.

[00:01:06] Like happens with most wars, our government and media in the West are rife with propaganda and censorship—hallmark features of authoritarian government. We need to start dismantling the authoritarian structures in our government. That means the spy agencies, the mockingbird media that they control, the mass surveillance that invades our privacy, and the perpetual emergency suspension of liberties.

[00:01:31] Ron Wyden, our Senator, is complicit in this through his role as a ranking member of the Senate Select Intelligence Committee. He has been pushing for a new Cold War since 2016, pushing, in particular, the ‘Russiagate’ business. Meanwhile, our strategic arms treaties that ended the last Cold War have been expiring while new strategic weapons have been developed. This puts us all at risk.

[00:02:04] Mike Beilstein: The United States has put a lot of pressure on Ukraine to make sure this, you know, that caused this invasion to happen.

[00:02:31] All of them are benefiting greatly from this Russian invasion of the Ukraine. Obviously the arms industry now has new markets and then the fossil fuel industry, by shutting Russia out of the fossil fuel market, it’s created opportunities for U.S. fossil fuel interests to expand. And this is putting West Europe into a recession, which allows them to be further dominated by U.S. banking interests.

[00:02:59] So all the power interests in the United States are very much in favor of this war, and escalating it. And I think we have to make it clear that it’s not in the interest of this country to see this escalation, that we need a negotiated peace in the Ukraine as rapidly as possible.

[00:03:18] Mike Beilstein: I would never vote for any increase in military spending, whether that’s military spending here or sending it to somewhere else. Overall it’s $53 billion, not just the $40 billion that was voted, coming from the U.S. to support the war in the Ukraine.

[00:03:33] It’s embarrassing that there are no Democrats who are standing up against that. Where’s Barbara Lee? Where’s The Squad, AOC, you know. The Democrat Party, it goes along with the capitalist imperialism that this country represents. And they have not shown any appetite for really opposing it.

[00:03:49] My campaign will emphasize the anti-war fever and the imminent danger of climate change and a need for effective action in the United States and globally to counter that.

[00:04:18] And so right now we have three candidates, all three females: A Democrat, Republican, and an independent, all three totally bathing in money.

[00:04:28] Betsy Johnson, she has, I think, what, like $27 million in the kitty? And Tina Kotek and Christine Drazan spent millions of dollars, like $6 million each, I believe, on the primary. And now they have to face someone who has like $27 million? Do you imagine how much money is involved and what the stakes are?

[00:04:47] So I would like to run for governor because it would be a stark contrast between what I’m proposing and the main three candidates. I want to say that Oregon has no laws whatsoever to limit anything or put any regulations on campaign finance reform.

[00:05:02] John Q: All three candidates said they would also seek to build up the Pacific Green Party.

[00:05:09] Nathalie Paravicini: The second reason why I wanted to get involved is to use my campaign to help organize chapters and to help build up the party, have, like, groups of support for my candidacy and campaign finance reform and just nurture them, for them to promote my candidacy. So really trying to do a devolution, organizing locals based on watersheds, and training people, building capacity within the party, and empowering people to really move their locals forward.

[00:05:41] Nathalie Paravicini: So there’s a number of petitions that are going to take place in 2024 that have the potential to be radically transforming politics in Oregon. There’s a petition for an independent redistricting commission. There’s going to be also very likely a petition to institute Ranked Choice Voting or Instant Runoff Voting.