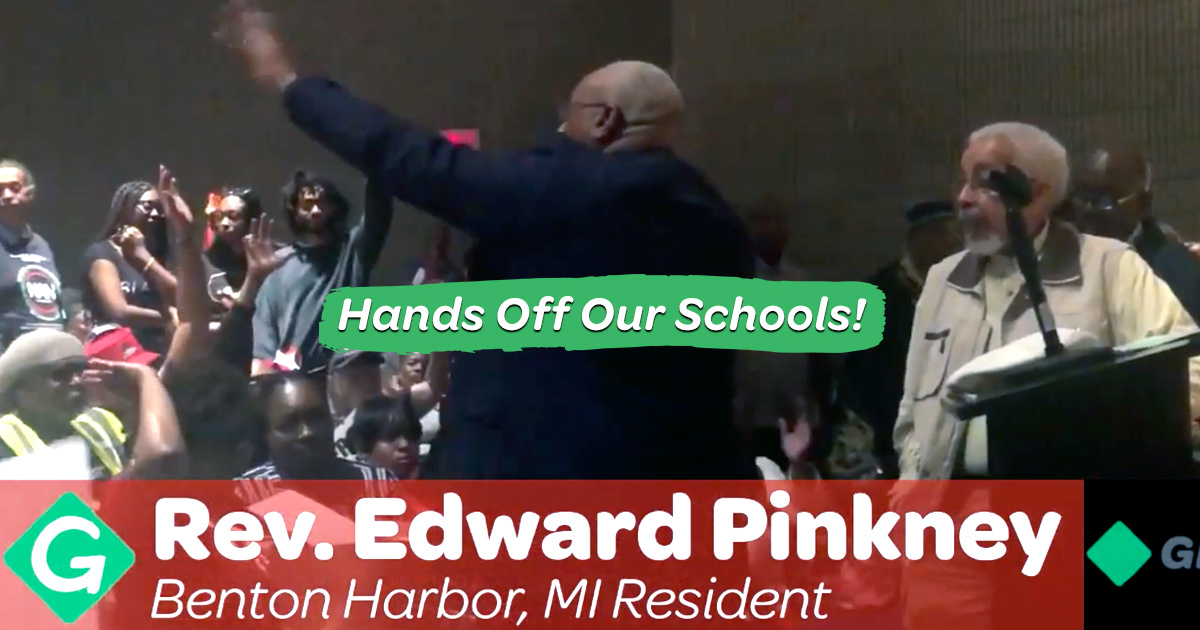 BENTON HARBOR, Mi. – On Tuesday, dozens of Benton Harbor residents filled the city's high school auditorium for a special meeting of the BHAS board. The meeting was called to discuss concerns over a plan by the State of Michigan to shutter that district's high school following the 2020-2021 academic year. At the meeting, board members, students and residents spoke out in opposition to the plan.

Among the speakers was Rev. Edward Pinkney, a Green Party member and former Congressional candidate for the party. Along with others such as fellow Green and three-time State Board of Education candidate Sherry A Wells and prominent Detroit activist Sam Riddle, Pinkney voiced strong opposition to the proposal.

The board calculates the district has already lost $22 million dollars in funding due to the state's "School of Choice" program. On Wednesday, Governor Whitmer addressed angry residents, claiming that the state's Republican-led legislature was already planning for the closure.

Benton Harbor was placed under emergency financial management by then-Governor Rick Snyder in 2010. Since that time, the impoverished city has faced issues of extreme poverty, joblessness and institutional racism.