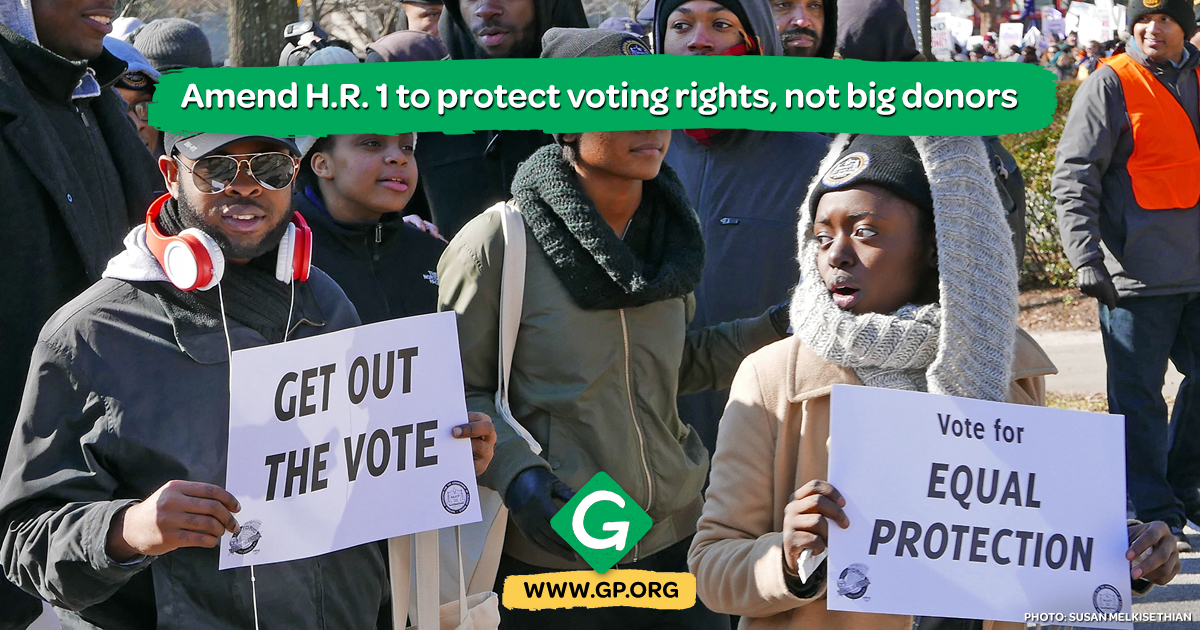 Inside Sources
By Howie Hawkins
March 8, 2021

However, buried in the middle of H.R.1 is a campaign finance reform section that will only further entrench the domination of campaign financing by the super-rich and moneyed special interests. Among major problems with H.R. 1’s campaign finance provisions are that it effectively excludes third party candidates. The qualifying threshold to receive presidential primary matching funds is increased five times. This higher threshold puts public funding beyond the reach of third-party candidates.

As a Green Party candidate for president, I was the only candidate in any party to apply for matching funds in 2020. The major party candidates eschewed the program because a condition of receiving matching funds is a cap on the amount of private spending, which was $51.8 million in 2020. That was too low for the major party candidates who could raise so much more from private sources. H.R. 1 eliminates the existing cap on private campaign spending by publicly funded presidential candidates. It simply adds public funding to unlimited private funding.

Meanwhile, H.R.1 does nothing to decrease the ability of wealthy people to give hundreds of thousands to national party committees and presidential campaign Victory Funds. Nor does it curb the unlimited donations for independent expenditures by SuperPACs, including undisclosed “dark money” laundered through 501c4 nonprofits.

In short, the Campaign Finance section in H.R. 1 does not stem the swelling ocean of private campaign funding. It simply enables the major party recipients of big private donations to also get some public money as well. It is a reform that doesn’t reform.

Congress should pass H.R. 1’s voting rights provisions, but cut the campaign finance reform section. It should come back to campaign finance reform in separate legislation. When it does, it should consider the Clean Money Clean Elections (CMCE) model of equal public campaign grants to all qualified candidates who then run only on the public grant and not private money. That is the model currently on the books for presidential general election public campaign funding.

The grant was $103.7 million in 2020, but it was too low for the major party candidates because they could raise and spend billions in private money. The equal public grants model is also used for state elections in Arizona, Connecticut, and Maine. The equal grants model of public campaign funding creates a level playing field. It puts political power in the hands of voters, not big money interests.