Rally against SEPTA power plant on May 18 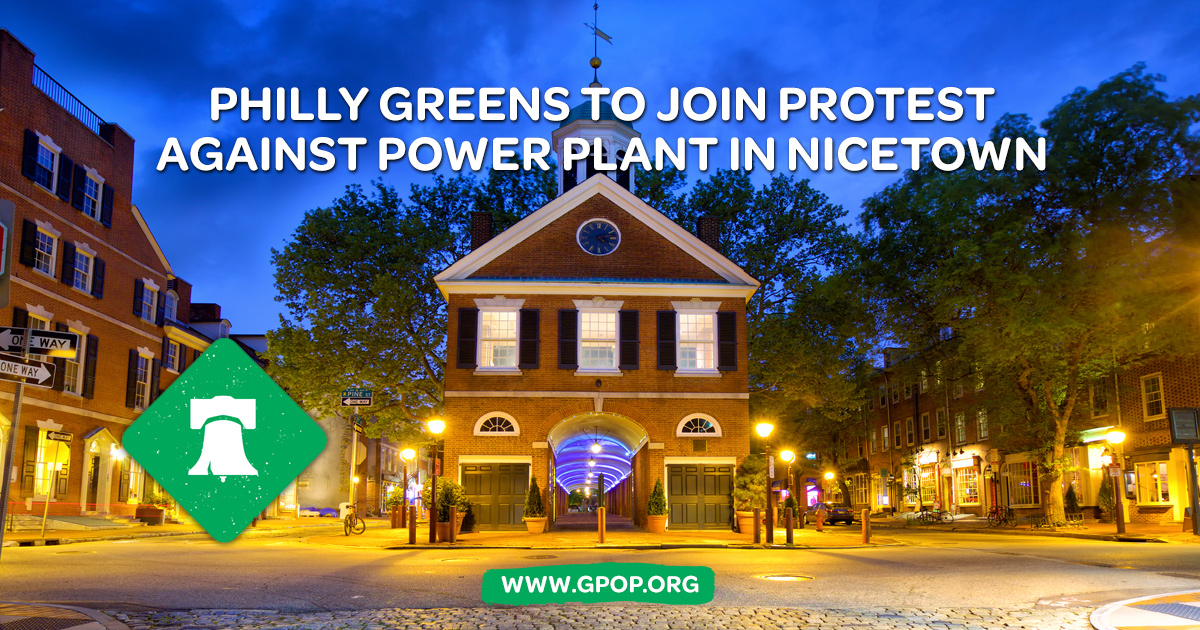 On Thursday May 18, from 3:30–5:00 PM, 350 Philadelphia (a grassroots environmental group), community members from Nicetown, Tioga, Germantown, and Mt. Airy, and allies will rally outside Councilwoman Cindy Bass’s district office in Nicetown. They will urge the councilwoman to protect her constituents’ health and a livable climate by working to rezone SEPTA’s Nicetown property in order to block construction of a polluting natural gas power plant.

WHO: Speakers from 350 Philly and allied groups, including clergy, parents, educators, & more
WHERE: City Councilwoman Cindy Bass's office, 4439 Germantown Ave, Philadelphia
WHEN: Thursday, March 18, 3:30 pm to 5:00 pm
VISUALS: A diverse group of adults and children with banners, signs, and props

BACKGROUND: Environmental groups and community members have opposed SEPTA's plan for a natural gas power plant for more than a year, urging SEPTA to power the transit system with clean renewable energy instead. The power plant would release toxic pollution into a neighborhood that is already overburdened, as well as accelerating climate change. More than 37,000 people live within one mile of the proposed gas plant. The plant would be located just blocks from four schools, as well as health clinics and a public park. A recent study found that nearly one third of children in the 19140 ZIP code had been diagnosed with asthma.

SEPTA's Board has voted to move forward despite widespread opposition. Opponents have asked Councilwoman Bass work with them to block construction. On March 9, the Councilwoman called on SEPTA to "move this power generator to another location that does not have a large residential base or hold on plans to build at the Wayne Junction site until the data can give us the critical information we need."

Since SEPTA has refused her request, community members are urging Councilwoman Bass to take action to rezone the site. Though Councilwoman Bass has asserted that rezoning cannot be completed in time to stop construction, 350 Philly's analysis of pertinent laws and regulations indicates that quick action could block permits that SEPTA needs in order to move forward.