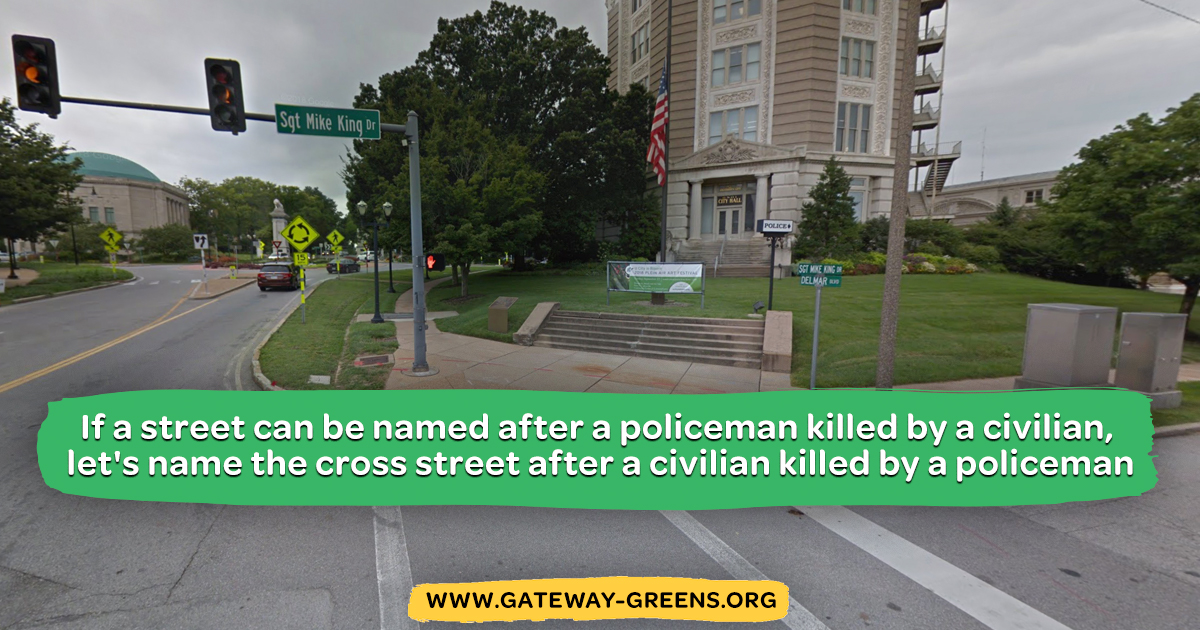 ST LOUIS – Statues are coming down and street names are changing. This means that it as important to say what we foresee for the future as it is to dismantle the old.

University City offers a unique opportunity to make "Black Lives Matter." In 2008, policeman Mike King was murdered on Leland Ave. When the police asked that a street be named after him, no one objected. The City Hall of University City is now at the corner of Delmar Blvd. and Sgt. Mike King Dr. We ask this question: If it is good to name a street after a policeman killed by a civilian, would it not be just to name a street after a civilian killed by a policeman?

We will have a press event at 11:00 am Tuesday, June 23 to request that Delmar Blvd. be renamed "George Floyd Divide."

This simple act would cost little but would be a profound step in recognizing the black lives lost to slavery, post-Civil War lynchings by the Ku Klux Klan, and repeated killings of blacks by the police.

Decades from now, when many of us will be gone, children will look at the intersection of George Floyd Divide and Sgt. Mike King Dr. and ask why the streets have those names. Their relatives might say, "You will need to ask your grandparents because they were teenagers who marched in the great demonstrations of 2020. In those days police killings were common and the old Delmar Blvd. served as a divide between whites who enjoyed civil rights and blacks who were disrespected and brutalized, not only in St. Louis, but throughout the country."