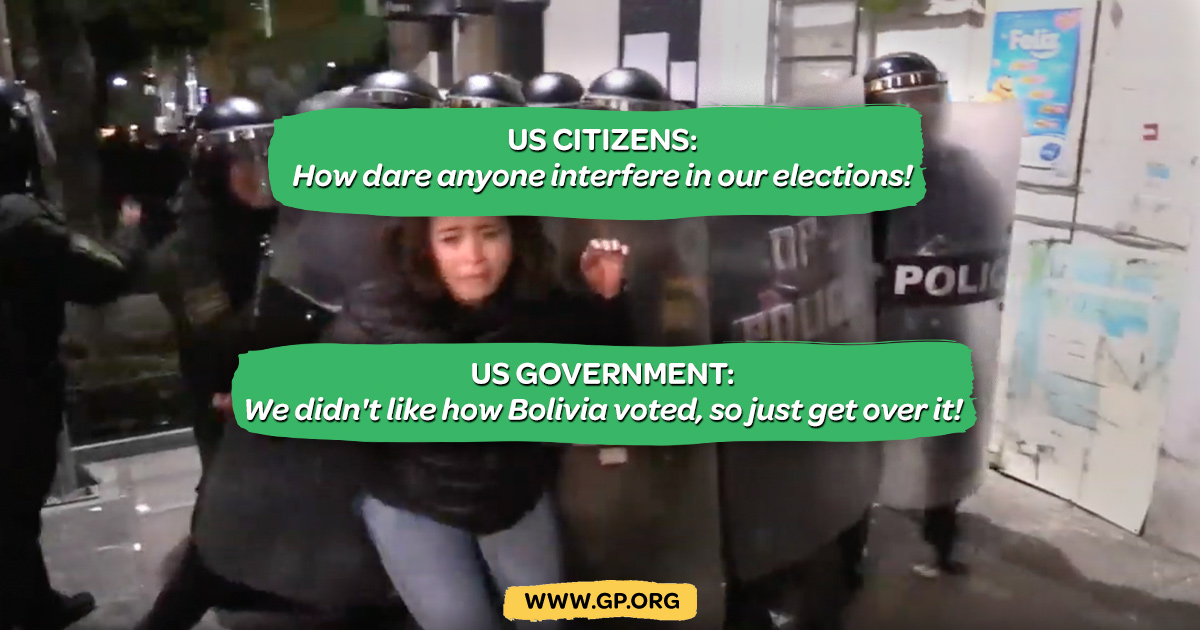 The Green Party expresses outrage at Sunday’s coup against Bolivian President Evo Morales, and calls on the U.S. States to refrain from interfering in Bolivian elections.   On Sunday, November 10, Morales resigned under duress due to protests orchestrated by a right-wing opposition and the Organization of American States. USAID had provided funding to opposition groups for over a decade until being expelled by Morales in 2013.

Lorraine Liriano, on behalf of the Green Party Latinx Caucus, said: “As members of the Latinx community of the Green Party, we join the world community in denouncing the travesty of a coup aided by the United States government against the Bolivian People and their sovereignty.”

The Green Party platform states that “The U.S. must recognize the sovereignty of nation-states and their right of self-determination. ... The U.S. must prohibit all covert actions used to influence, de-stabilize or usurp the governments of other nations…”

“This Is a Military Coup”: Bolivian President Evo Morales Resigns After Army Calls for His Ouster
Transcript including interview with Mark Weisbrot, co-director of the Center for Economic and Policy Research. Democracy Now!, Nov. 11, 2019