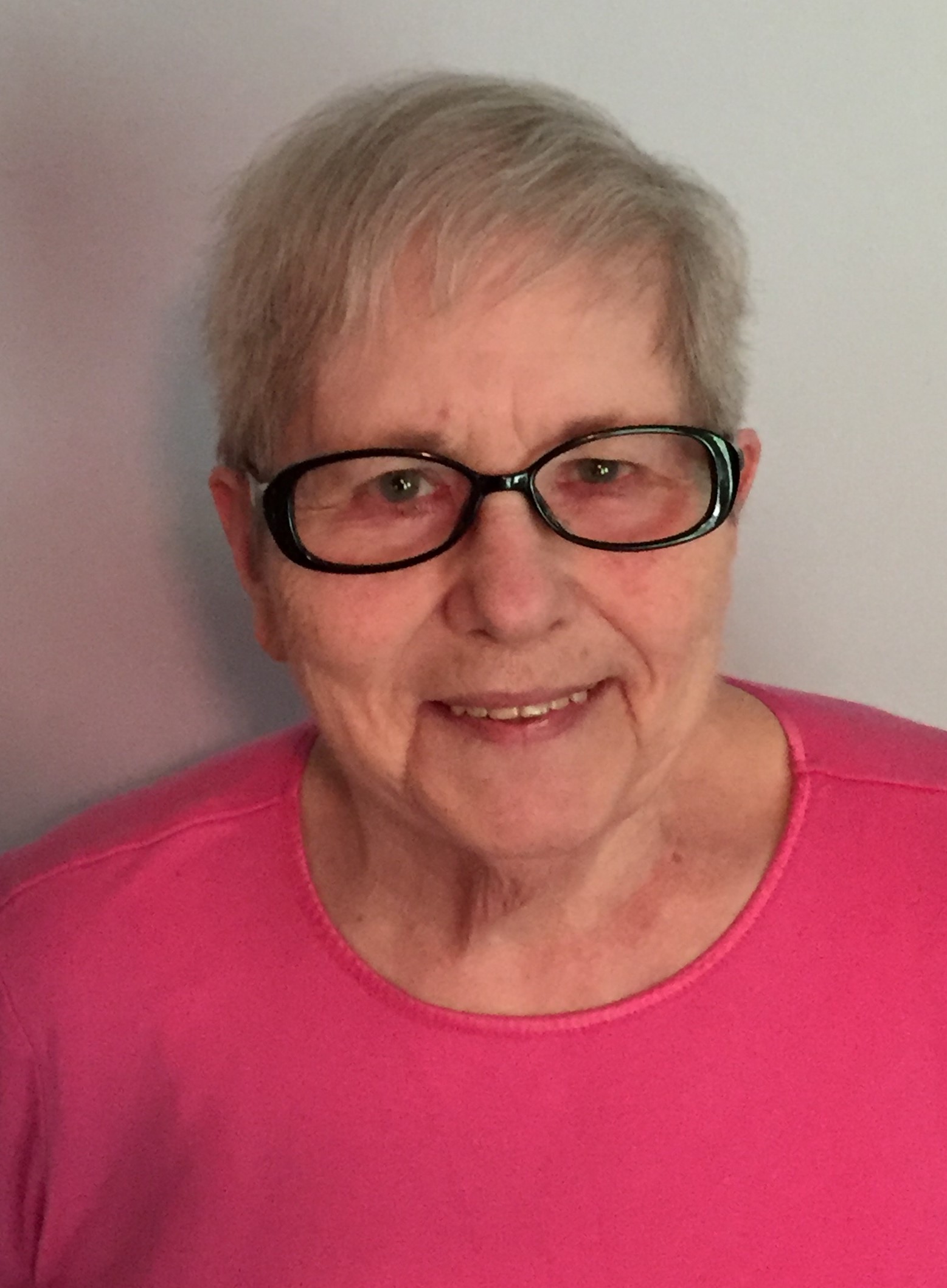 I joined the Green Party of Michigan (GPMI) by "crashing" a State Membership meeting (SMM) in early 2015. I had never been directly involved with a political party before, but felt it was time for me to do that. I had been reading about political issues for several years while retired, and my husband had died in 2014. I saw a Facebook notice for the meeting and simply showed up. I was more than ready to become politically active. And the Green Party was my first choice. I was soon asked to organize a local since there was none existing in Lansing, the state capital of Michigan. I did that, and started serving as a representative of the local on the State Central Committee (SCC). I have remained on the SCC since then in various positions, and am serving right now as Secretary of both my local and GPMI.

I was Membership Manager for a year during the election cycle in 2016, and Committee Manager and facilitator of the SCC for one year. I have been a delegate (or alternate) to the National Committee from GPMI since 2018. My other state party work has been with my local and forming ad hoc committees and serving on other standing committees at the state level.

I formed an hoc group two or three years ago to write a Manual for Operation of the SCC after it became nonfunctional for several reasons. It had become impossible to get a quorum for voting. The manual was adopted and stopped the problems on the listserv. I also helped in research and writing of a consensus model that was adopted for discussion and decision-making at the in-person state membership meetings. I wrote an Orientation for New Members document that is distributed to all new members. A couple of years ago I also formed a Handbook Committee that is writing chapters for a state Handbook with procedures and job descriptions of officer positions to supplement our bylaws. This is still a work in progress but we have completed several chapters of the Handbook. I also helped two of our state members write a complete procedure for a Dispute Resolution Committee. This is in limbo right now because we were not able to find enough members to serve on the committee.

I have been anti-war since I was old enough to understand what war is. To that end I have joined local peace rallies, and participated in the local March against the war on Iraq in 2003. I sometimes join the weekly peace rallies that are held in front of our Capitol building every Friday. I attend local peace seminars and other activities of the Peace Education Center in East Lansing. I also participated in the occupation of Freedom Plaza for a week in 2011 that was organized by Margaret Flowers and Kevin Zeese. My main reason for joining the Green Party originally was its pillar of Peace and Nonviolence, but I also agree with the platform on other issues as well.

At the national level I joined the Peace Action Committee (GPAX) in 2018, and became a co-chair shortly after joining. I served in that position for two years. I wrote a platform amendment that was adopted during my first year on the committee, and also learned about non-violent communication with the assistance of Brian Snyder, a former GPAX member from California who had formally studied communication. I presented a workshop on Non-violent Communication at the Annual National Meeting in 2019. I have also written press releases for GPAX.

In 2018 I discovered during discussions of platform amendments that most members of the National Committee had little understanding of the monetary system of the U.S. (which is actually a global system). The need for monetary reform is something I discovered while spending several years reading after I retired. I saw a need for a committee at the national level and assisted in forming the Banking and Monetary Reform Committee, and served as one of the initial co-chairs. Now I assist on the committee with writing platform amendments, and write articles for the monthly newsletter.

I think that the two most pressing political issues of our time are the issues of peace and the need for reform of the monetary system. The two issues are closely related because the monetary system builds extreme wealth and power for an elite few, that significantly increases from military activity - especially with the present state of perpetual war. It fuels capitalism and allows Wall Street to control the large corporations and the government, both of which ignore all the problems caused by war, climate change, pollution, wealth inequality and further destruction of the planet.

Reading between the lines you may notice that I am basically driven by my desire to help wherever I see a need that can be filled with my experience and skills. I have a very strong work ethic and am committed to fulfilling the responsibilities of any position – including volunteer positions. My work (described in my bio) has always required attention to detail and thorough analysis. I spent many years reading laws, rules and regulations; interpreting them and applying them. Some of my classroom training and experience useful to the Steering Committee also includes management, employee relations, communication, public speaking, teaching, and writing in plain and concise English.

Communication is a major component in the successful administration of any organization. It should include both listening to others and sharing information with others at all levels. Those who volunteer in an organization should have a clear understanding of what is expected of them and how they fit into the bigger picture. Discussions around issues in the party should be informative and free of ad hominem attacks and other digressions that actually inhibit the resolution of matters under discussion. To this end I have advocated using principles of nonviolent communication by state parties, caucuses, and the National Committee.

People have varied skills in which they excel. Co-chairs need to work together to make maximum use of the various skills that each brings to the Steering Committee. The skills I am offering are administrative. I have not run for office, and do not desire to do so. But I have helped with campaigns.

I believe the important priorities at the national level should be assisting the states in obtaining ballot access where necessary, and providing support to candidates.

Third parties have played an important historical role in major policy changes that have improved the lives of ordinary working people in this country. For this reason, I think it is also important to keep our platform up to date and assist committees that promote issues with their communication and dissemination of information.

My management training taught me that every organization should set goals, have a written plan with a timeline to accomplish those goals, and monitor the accomplishments in reaching those goals. I know there has been some activity in the Steering Committee along this line, and after I learn more about it and its present status, I will look forward to helping with this endeavor.

I am pleased to see that there is some attention being paid to the need for reporting by the various standing committees. Members of the National Committee should have more information about what the standing committees are actually doing. I submitted reports to the National Committee when I was co-chair of the Peace Action Committee, even though no one requested them. More problems occur when communication breaks down.

I will answer appropriate and relevant questions that anyone may have. These may be directed to me personally, or on the listserv. My personal email is [email protected]. If I think your questions would be of interest to other members, I will ask your permission to share them and answer them on the listserv.

My thanks to Wesson Gaige, Holly Hart, Howard Switzer, Phoebe Sorgen, and John Anthony La Peitra, and the members of my committees for your support in this endeavor. I look forward to a productive and prosperous year now that the pandemic appears to almost be behind us. I am anxious to apply my skills at the national level.

I generally describe myself as a retired probate lawyer from Lansing, Michigan, and an active member of the Green Party – although the latter is actually my third career.

I earned a B.A. degree from Aquinas College in Grand Rapids, Mi in 1966. I started working soon after for Internal Revenue Service (IRS), and eventually completed 15 years as an IRS employee in various cities and different positions, which included tax auditor, manager of an audit group, taxpayer service representative, and program analyst at the IRS headquarters in Washington.

After living in many different places, I eventually returned to my home town in 1982. After I completed a law degree evenings, I left IRS to start a solo law practice. I specialized in estate planning, including wills and trusts, and other matters under the jurisdiction of Probate Court. I was often requested by the Court to handle special matters like completing the administration of estates that were mishandled, and representing persons in various court proceedings who were developmentally disabled, legally incapacitated, minors, or mentally ill individuals who were involuntarily hospitalized for mental health treatment. I retired earlier than expected to care for my mother and husband, who both required assistance because of health issues. And I had to stop some volunteer work I was doing.

I have spent my retirement years self-educating in many areas that I had never learned about – mostly about the current state and history of U.S. foreign policy and affairs, and economics. Besides all my volunteer work for the Green Party during the last six years, I also do volunteer work for the National Alliance on Mental Illness (NAMI).

My world view was very much influenced by spending my junior year of college at the University in Munich. I was fortunate to live in a dormitory that had many social events with students from 38 countries and four continents – each with a German roommate.

My biggest surprise in life was discovering at age 58 that I have a half-sister who lives in Germany.

If you wish to meet see in person, I have a very short video here:
https://drive.google.com/file/d/1LEATeluVG2b0KqCMgJYwtL_E2KhU8f8d/view?usp=sharing