In Memory of Rob Sherman 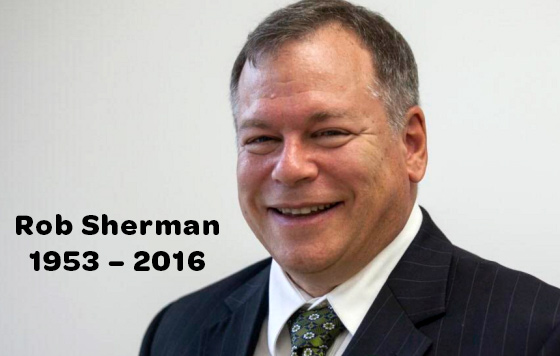 Illinois Green Party member Rob Sherman, 63, of Poplar Grove, died in a tragic plane crash on Friday, December 9th. A small aircraft enthusiast, Sherman was piloting his home-built single-engine aircraft en route to an event in Schaumburg when it went down. The Illinois Green Party extends its condolences and sympathy to his family.

Sherman was nationally known as a proponent of atheism and ardent defender of the First Amendment wall of separation between church and state. He first achieved prominence in 1986 by suing the city of Zion to remove a cross from its municipal seal. He was once arrested for demonstrating when the Calumet Expressway was rechristened the Bishop Ford Freeway. In the late 1980s, on behalf of his son, he challenged an Illinois law requiring the recitation of the pledge of allegiance, and its expression, "one nation under God," in public schools. In 2007, on behalf of his daughter Dawn, he challenged another Illinois law mandating a "moment of silence" in public schools. He filed a number of other legal actions that exposed and challenged state appropriations and laws that promoted religion. He appeared on the Oprah Winfrey Show and his efforts frequently received national attention.

Sherman joined the Illinois Green Party in 2007, and he ran for Congress in the 5th Congressional District as a Green in 2016, winning 4.6 percent of the vote. His staunch defense of civil liberties was compatible with the party's views and were welcome within the party. To be candid, his views on other subjects were not always as well received and were the source of occasional controversy. However, it is fair to say that most party members recognized him as a resolute and relentless advocate of his point of view, and many appreciated his knowledgeable understanding of the sometimes arcane legislative process in Springfield. He also deserves credit for exposing, and calling some attention to, Governor Bruce Rauner's flagrant violations of the Gender Balanced Appointments Act, which requires that appointments to boards, commissions, committees and councils of the State "shall be gender balanced to the extent possible."

At a time when some political forces in America continue to try to define the United States as a "Christian" nation, and seek to use government resources to promote or impose their religious beliefs on others, we would do well to remember Rob Sherman's example as a fierce defender of the First Amendment's protections against the state establishment of religion.