Now is the time to run as a Green in Texas! 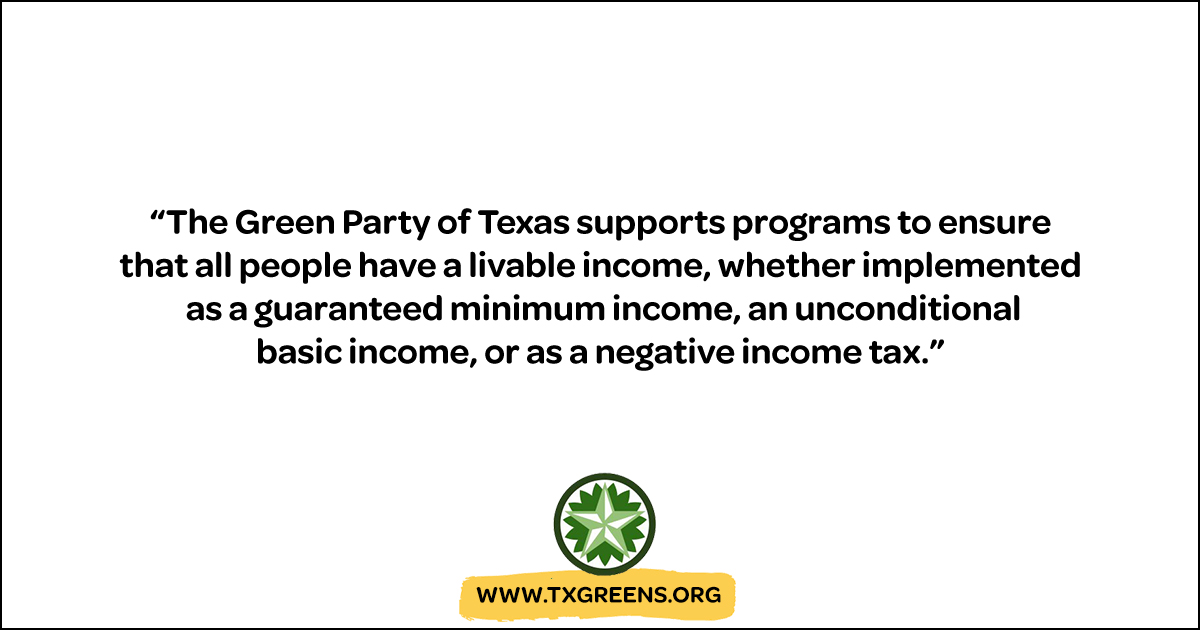 Among other developments, the Green Party of Texas (GPTX) added Basic Income to its platform at our June state meeting, revising IV. Economic Sustainability, B. Living Wage, by adding,

"...GPTX supports programs to ensure that all people have a livable income, whether implemented as a guaranteed minimum income, an unconditional basic income, or as a negative income tax."

Additionally, GPTX will now hold state meetings semi-annually. This will give Texas Greens the ability to stay more actively involved, and the November 20th state meeting will resolve several tabled items and vote to fill at large vacancies on the State Executive Committee. Texas Greens wishing to represent their counties as Delegates should register by October 26.

GPTX is calling for candidates for the 2022 general election. We held an information event for prospective candidates on August 28th, and we encourage all volunteers to find out more so that you will be able to recruit candidates and spread the word in building out GPTX's slate of candidates for 2022. We covered all the specifics of when & how to file, filing with the appropriate campaign finance authority, and interfacing with the party.

Run as a Green

Now is the time to run as a Green in Texas! While it's true that the state has imposed primary filing fees on our candidates, the Green ballot line can provide a direct path to the general election ballot, an alternative to competitive major party primaries that Green leaning individuals should consider.

Can you support GPTX by making a one-time or sustained donation?

In Solidarity,
Laura Palmer
GPTX co-chair on behalf of GPTX-SEC