Say No to CMP and Hydro-Quebec! 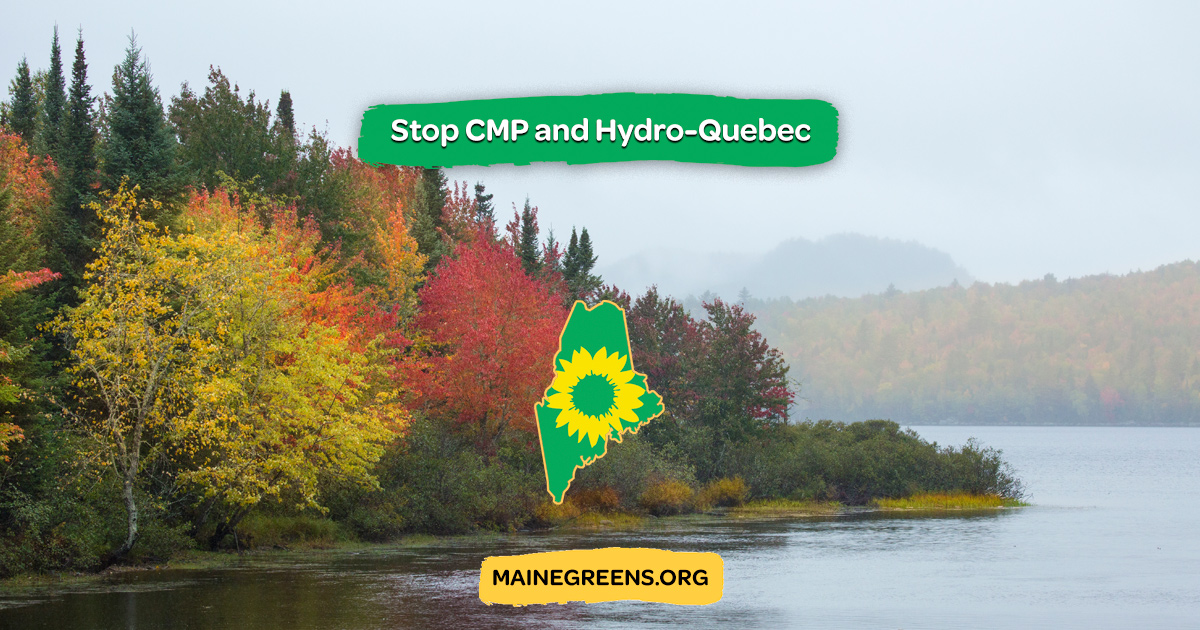 You probably have heard the great news that the town of Farmington voted overwhelmingly to oppose the Central Maine Power (CMP) Corridor. This brings to ten the number of towns that have voted to oppose or have withdrawn support - Alna, Caratunk, Dennistown, Embden, Farmington, Jackman, The Forks, West Forks, Wilton, and Wiscasset. In addition, the Franklin County Commissioners voted to withdraw support and instead openly oppose.

While we have had a string of successes, we have a long way to go before CMP will abandon its efforts.

During the first week of April, the DEP/LUPC will hold two public hearings.

Below is a schedule for these public hearings.

I have attached a fact sheet which may help you formulated your response.

If you can not make it to the hearings, please take the time to send an e-mail of opposition to [email protected]. Thank you for caring.

PS First and foremost, please take the time to tell state officials *NO to the CMP Corridor.

Also in the Legislature ...

LD 955 "An Act To Prohibit Offshore Oil and Natural Gas Drilling and Exploration" already had its public hearing, but you can still submit testimony to [email protected]. Testimony should begin with "Sen. Carson, Rep.Tucker, and distinguished members of the Environment and Natural Resources Committee. My name is (your name), and I’m writing in support of LD 955"  ... and then express why you support this bill. #ProtectOurCoast #StopOffshoreDrilling

LD 1324, "to establish the committee to study the feasibility of creating basic economic security,” would study and if possible, create programs to provide cash benefits or tax credits to Mainers through a universal basic income, supporting a long range strategy to reduce poverty and income inequality in Maine.

Written testimony may be sent to the Labor and Housing Committee at [email protected] Sending testimony by April 3 is best.

A public hearing will be held Wednesday, April 3, starting at approximately 10:30 AM in Room 202 of the Cross Office Building in Augusta.

For more information on the party's position on LD 1324:
Party statement on LD 1324

WANTED: candidate for state representative in Cumberland or Gray

NOMINATION FORMS DUE TO SECRETARY OF STATE BY APRIL 18.

There is a vacancy in the House of Representatives in District 45, which consists of the towns of Cumberland and Gray. The governor has ordered political parties to submit nominations to the state by April 18th.

Contact us if you know a Green Independent in the district who we can nominate for the ballot.

The special election will be held on Tuesday, June 11.

Save the date for our convention

Complete details on the convention are located here.

We are looking for new or unused items of good quality to be donated toward a silent auction that will be held to raise funds at our convention. If you have items you would like to donate, please email Alan Brown, chair of our convention committee, at [email protected]. 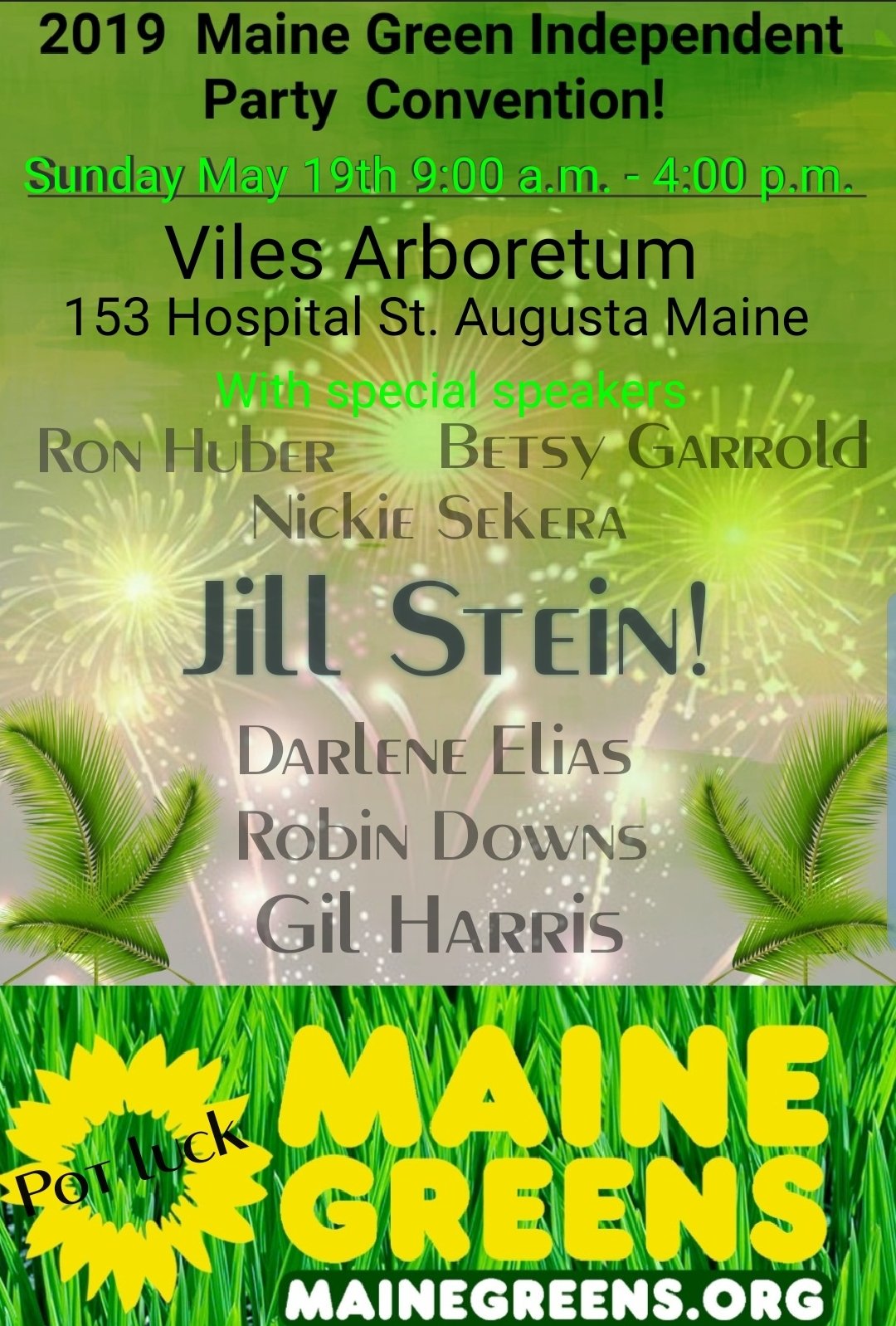