Shame on major parties for shutting out others 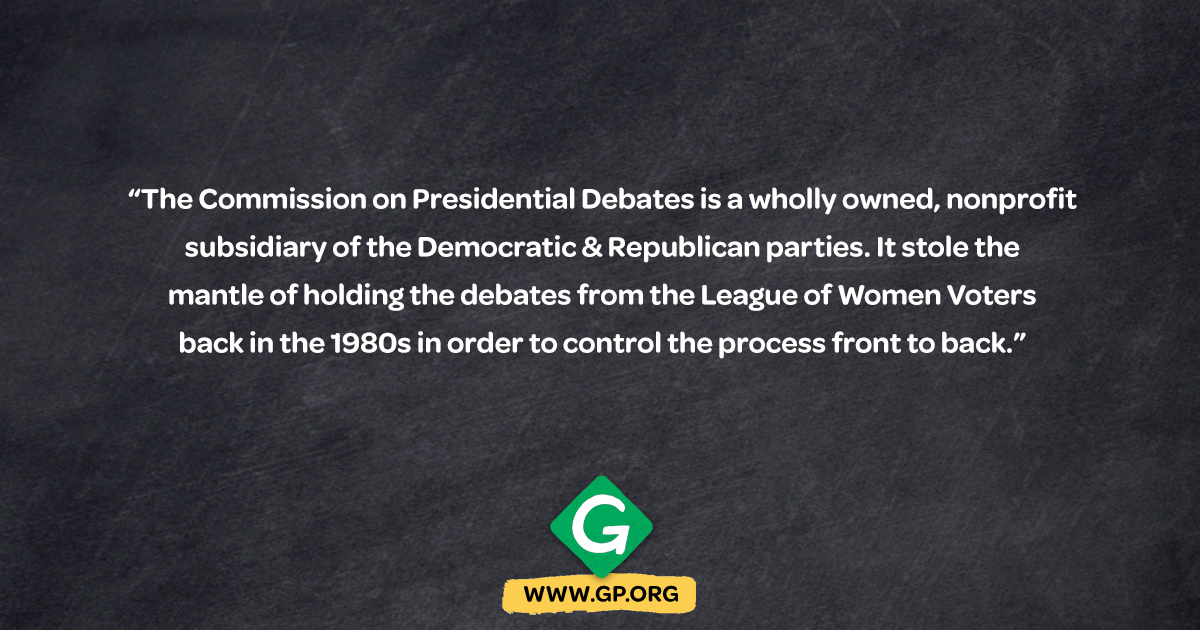 With the massive spending and huckstering being done by the two major party presidential candidates, something is being lost in the mix. There are two other candidates who have a mathematical chance to win enough Electoral College votes to become the next president: Jo Jorgensen of the Libertarian Party and Howie Hawkins of the Green Party.

They could both amass enough votes to win but were excluded from the debate stage. Why? Because the Commission on Presidential Debates, or CPD, is a wholly owned, nonprofit subsidiary of the Democratic and Republican parties. It stole the mantle of holding the debates from the League of Women Voters back in the 1980s in order to control the process front to back.

I say “stole” because of the following chicanery. The CPD sets the rules for the debate stage. In order to get on the stage, the commission says that candidates must have a 15% showing in five specific polls. But neither Jorgensen or Hawkins are even included in the polls. How are they to attain 15%? I guess by hopes and wishes.

Based on this, the entire election is a fraud. If this happened in a Third World country, our government would appeal to the United Nations for election inspectors to be put on the ground, due to the rampant corruption on display.

Shame on the major parties for these vile anti-democratic actions. I guess we should be used to it by now.