Souls To The Polls 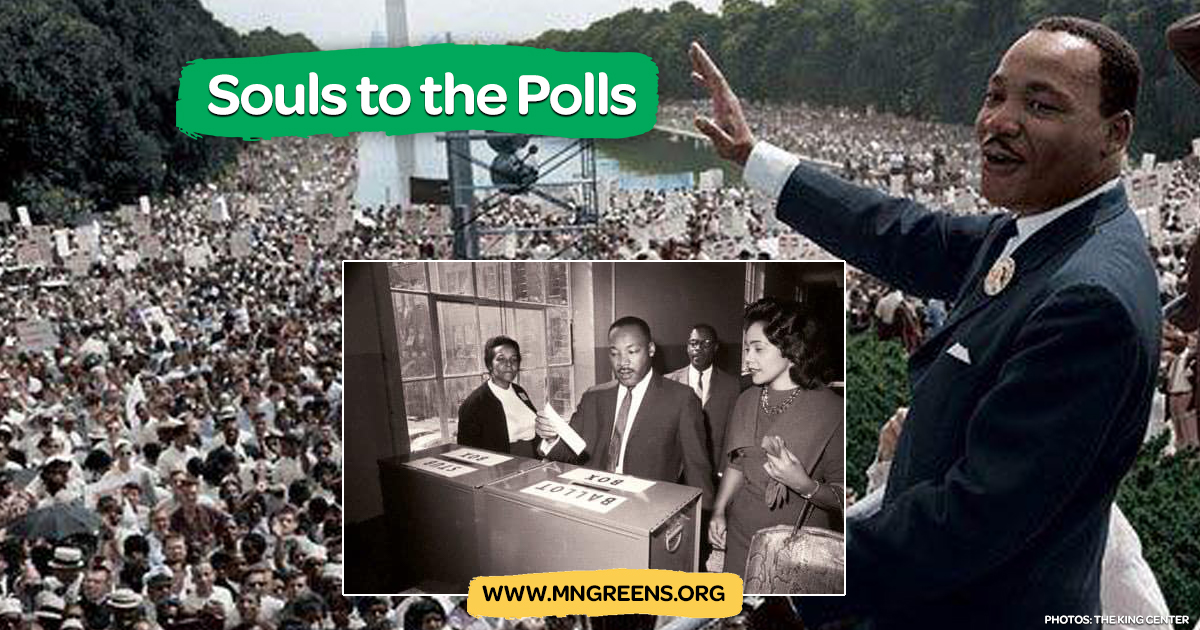 Souls To the Polls has been a voting tradition in the Black Community for over 60 years. According to theconversation.com:Modern efforts picked up momentum during the years after World War II, especially during the era of the civil rights movement in the 1950s and 1960s. Most African Americans were denied the right to vote prior to the 1965 Voting Rights Act being signed into law. As a result, Black Americans were grossly underrepresented in the political system while simultaneously marginalized within the economy and social order through racial segregation laws.

In 1957, churches and civil rights organizations got together to sponsor the "Prayer Pilgrimage of Freedom" demonstration in Washington D.C. Organized to celebrate the third anniversary of the Supreme Court's Brown v. Board of Education decision, which ruled school segregation unconstitutional, the event became a rallying cry for voting rights.

Speaking at the Lincoln Memorial, Martin Luther King Jr. framed the issue of voting, racial progress, and democracy in these terms:

(CNN) – A federal appeals court ruled Thursday that mailed-in ballots in Minnesota must be received by elections officials no later than Election Day and suggested voters consider other options for casting their ballots: For more information visit Minnesota Rules On Mail In Ballots.

Write in Toya Woodland US Representative in the 5th Congressional District

The Green Party of Minnesota has been on the frontlines of George Floyd social justice movements in the Twin Cities help us continue the fight by making a donation today.