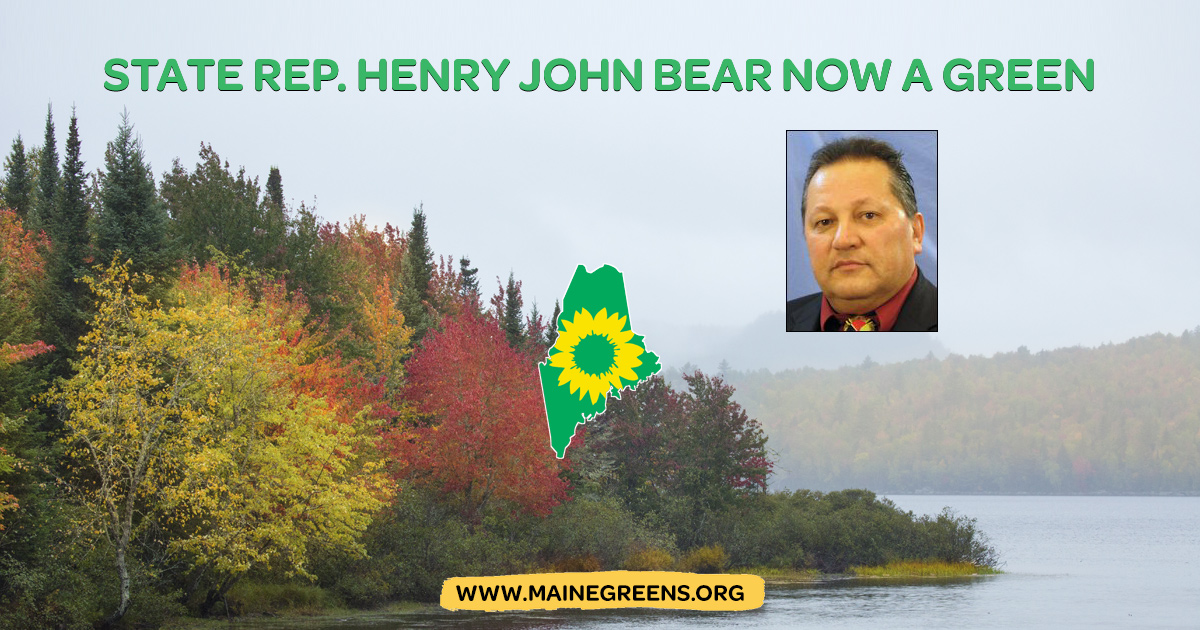 "I have had the honor of serving in Maine’s House of Representatives with Representative Henry Bear for the past half-dozen years," Chapman said. "His approach toward legislative matters and other legislators is thoughtful, well-informed, and very respectful. His wisdom and gentle leadership on issues, especially of civil rights and our environment, will contribute greatly to Maine’s Green Independent Party which he has joined. I am thrilled to be able to work further with Henry as a fellow Green Independent party member and legislator."

“I have found that our issues are very similar,” said Bear on why he joined the party, “especially on the issues of the environment and civil rights and sustainable economic development and income equity. I believe in health care for everyone who can’t afford it and I believe in ensuring that one person's hard day’s work results in a living wage, enough for a house and a car payment, and food for her family.”

"We Greens have long understood that our values of ecological wisdom, stewardship, and social justice are congruent with those of the traditions of First Peoples in this land," said Olsen. "We are delighted that a man from that tradition of the caliber of Henry John Bear has chosen to align with us in the Maine Green Independent Party."

"I am very, very pleased to welcome State Rep. Henry John Bear of the Houlton Band of Maliseets to the Maine Green Independent Party," O'Rourke said. "It thrills me to know that our party has achieved the endorsement of such an amazing and dedicated man."