Stop US Interference in Venezuela! 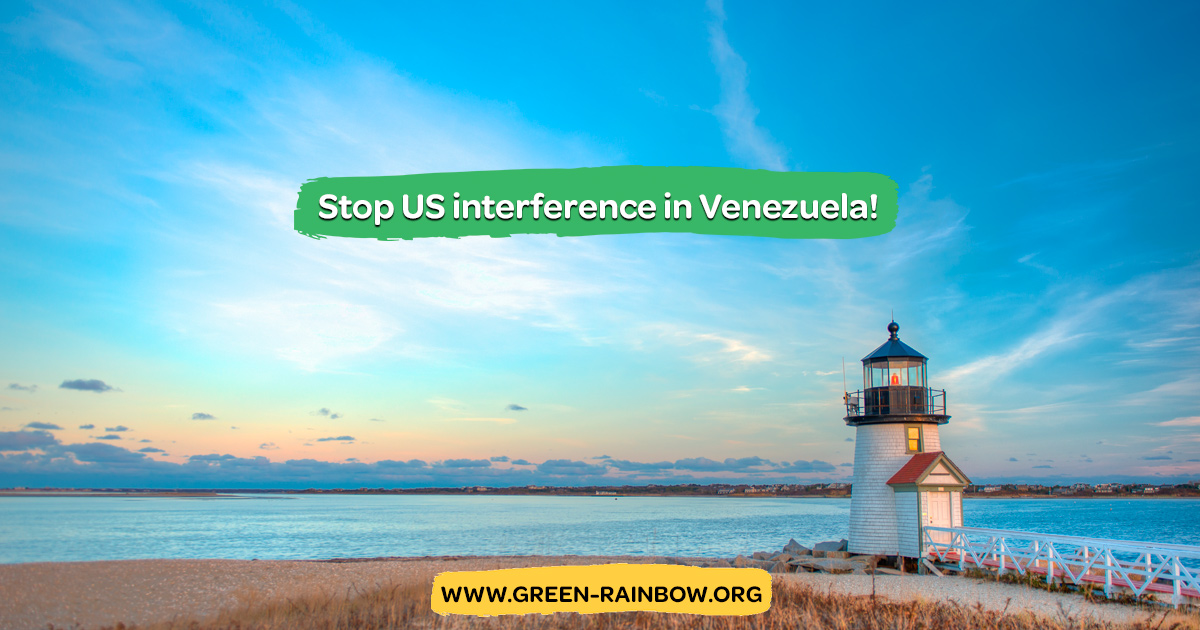 The Green-Rainbow Party of Massachusetts opposes US government interference in the internal affairs of Venezuela. We recognize it is the ultimate right of the Venezuelan people, and theirs alone, to decide who governs their country.

We condemn the statements made by US National Security Advisor John Bolton on Sunday, January 27, which legitimize coup leader, Juan Guaidó, and encourage Venezuela’s military to overthrow President Maduro.

We oppose US and corporate sponsorship of oligarchs in Venezuela who are eager to privatize the nation’s wealth to enrich themselves and international corporations at the expense of the Venezuelan people.

We urge the people of the United State to reject the ridiculous narrative of US Vice-President Mike Pence, who on Tuesday, January 22nd, posed as a friend of the Venezuelan people while endorsing the latest US-backed coup attempt. While feigning concern for the people, Trump and Pence continue to promote a long-standing agenda, shared by Republicans and Democrats, of domination of Latin America.

Our solidarity goes first and foremost to the people of Venezuela who are mobilizing in the streets to find a peaceful way forward.

We are deeply concerned about the hardships currently faced by most Venezuelans. Wages are low, labor rights have been restricted, public services have been cut, and hyper inflation is making day-to-day life so difficult that many have emigrated.

There is evidence that the concentration of power in the Venezuelan executive branch, and entrenched corruption, have eroded the government’s popularity. Nevertheless, its US-backed, anti-democratic far-right remains even less popular. This latest coup attempt marks a dangerous escalation of the political crisis.

Like the buildup to the war in Iraq, we are again seeing a lack of critical exploration of the issues in the US mainstream media. Our democratic principles are again being sacrificed to bully other countries, increase the suffering of ordinary people, and give American and international corporations easy access to Venezuela's abundant publicly-owned oil reserves.

The Green-Rainbow Party calls on the US Government to:

We urge you to call and write your Congressperson and Senators to unequivocally join us in these demands.

Yours in solidarity,
Matthew Andrews and Charlene DiCalogero
Co-chairs, Green-Rainbow Party of Massachusetts