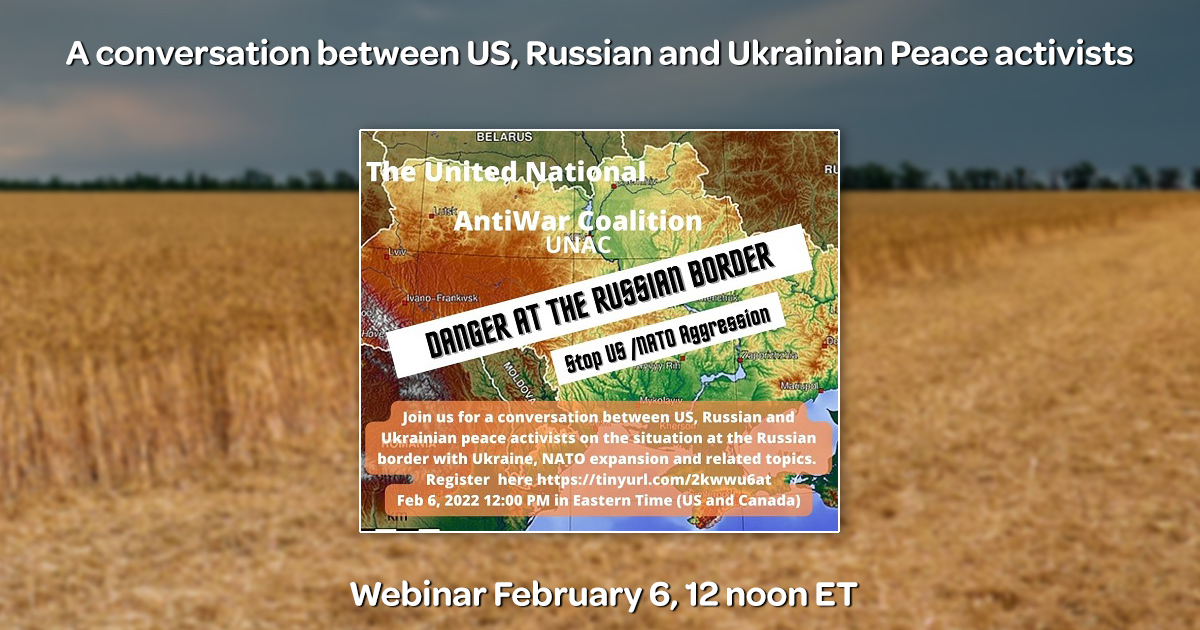 For years the US and its Western allies have moved NATO into Eastern European and former Soviet States in violation of agreements made with Russia. They have installed missiles at the Russian border and conducted “war games” at the Russian border. Today’s threat is a threat against a major nuclear power that puts the entire world in danger. Join us for this important webinar with voices for peace from Russia, Ukraine and the US.