How will vacant Syracuse council seat be filled? 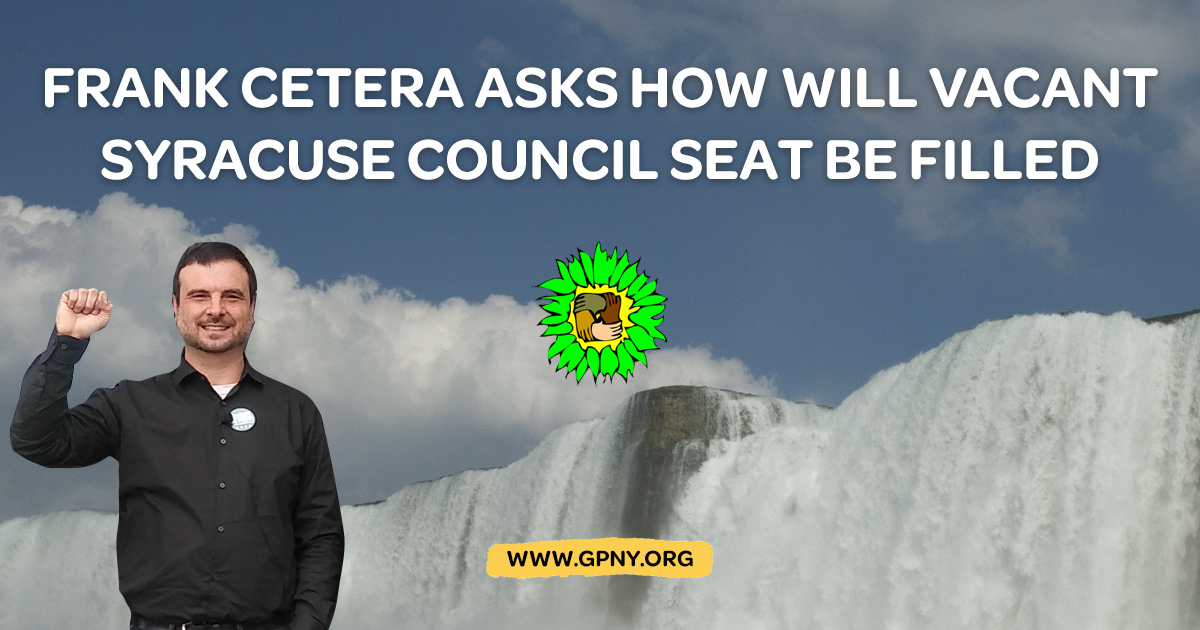 Former Green Party Syracuse councilor at-large candidate Frank Cetera is calling for an open process to fill a soon-to-be vacant seat on the council. The issue stems from another council appointment that was made two years ago.

In 2015, the council voted to appoint Democrat Joe Nicoletti to a vacant seat. Cetera said Nicoletti's appointment was made with no public notice or consideration of the candidates who ran for council that year.

"That was done behind-the-scenes, furtively and even within the rank of the council at that time, there was disagreement and concern about how the situation was handled," Cetera said.

Now that Councilor-at-Large Helen Hudson has been elected to council president, her seat will be up. Cetera said the process of selecting her replacement should be publicly announced with a timeline of submitting and reviewing applications.

"Everybody is pushing for openness, transparency, more citizen engagement, involvement, so this is a first and easy step to move in that direction," Cetera said.

Cetera lost the councilor-at-large race this year to two Democrats, Councilor Khalid Bey and Tim Rudd. Rudd said he applied for the vacant seat that went to Nicoletti two years ago.

Rudd said if someone wants to apply for this new vacant seat, they should submit a letter of interest and resume to the councilors.