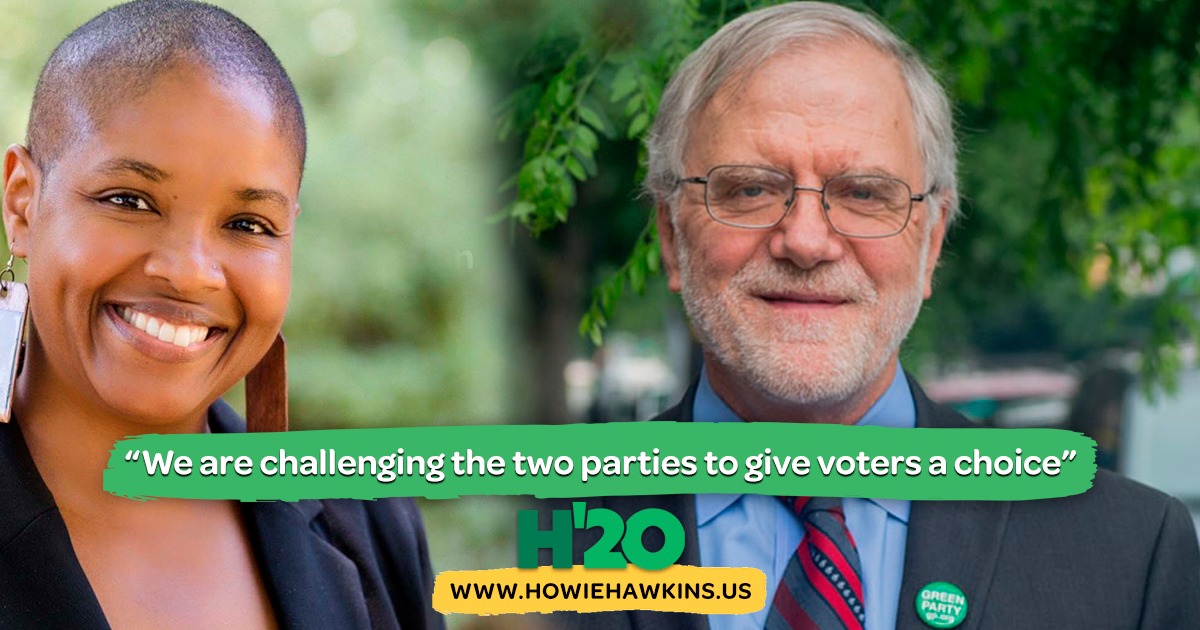 SYRACUSE, NY: In a statement released today, "Fight for the Right To Vote and To Have All Votes Counted," Green Party candidates, Howie Hawkins and Angela Walker highlighted the suppression of voters that has become part of US politics and pledged to work to ensure that everyone can vote and all votes are accurately counted.

Their statement warns that President Trump is trying to sabotage the election in order to cling to power."

The Hawkins/Walker campaign is working during the pandemic to get on the ballot. "Ballot access laws create a roadblock that make it difficult for voters to vote for candidates who represent their views. A super-majority of the public supports improved Medicare for all, a robust Green New Deal, free education from Pre-K through college and vocational training, and ending the never-ending wars while shrinking the wealth divide, but the Democrats and Republicans oppose those issues because those parties represent the millionaires and billionaires," said Hawkins. "We are challenging the two parties to give voters a choice. Suppressing candidates is voter suppression."

While seeking ballot access, Hawkins/Walker also recognizes the voter suppression being put in place for the 2020 election. Their statement warns that President Trump is trying to sabotage the election in order to cling to power. Trump has admitted he seeks to suppress the vote in 2020. His Postmaster General, a major Trump and Republican donor, is destroying the ability of the Post Office to deliver ballots. The attack on the Post Office is coupled with de-registering voters, abuse of voter ID laws, voter intimidation at the polls, and other tactics to suppress the vote.

"For Trump to win in 2020, he must suppress the vote, especially of the working-class, people of color, and young people. We will use our standing as candidates on the ballot to do all we can to fight for the right to vote and all votes are counted," said Hawkins.The Hawkins/Walker campaign has already urged people to come to the polls to stand up against intimidation. "We will continue to speak out against voter suppression as public awareness will make that more difficult. And, after Election Day, the Hawkins/Walker campaign will join in efforts to make sure all votes are accurately counted."