We MUST Demand More! 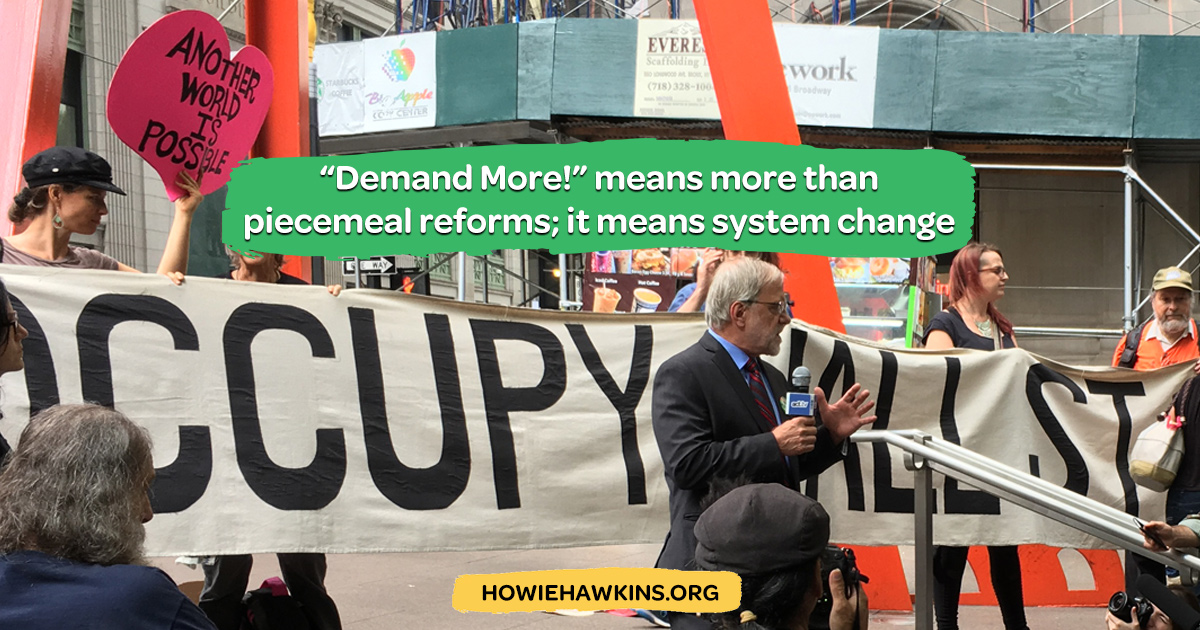 WHEN OUR Green Party of New York campaign decided on the campaign slogan of Demand More! we had three points in mind.

First, we wanted to “raise our expectations,” as Ralph Nader always enjoins us to do. In New York, that means, first of all, clean government. Public corruption is rampant. (And as Ralph always points out, we need to raise our expectation is terms of donations for our campaigns.)

Cuomo couldn’t take voters to his left for granted and now had to compete for the Green vote by adopting some of our demands, notably, the fracking ban and paid family leave, and partially moving toward others, like the $15 an hour minimum wage and tuition-free public college.

Topping our list of more reforms we can win this time around are single-payer health care, 100% clean energy by 2030, indexing a $20 minimum wage to inflation and productivity and progressive education reform.

Third, “Demand More!” means more than piecemeal reforms; it means system change. We are campaigning for an eco-socialism that can achieve a high quality of life for all based on a sustainable environment.

I have been campaigning across the state since the primary, speaking to supporters and the media in NYC, Albany, Syracuse, Buffalo, Rochester, Binghamton and Ithaca.  (Capitol Tonight; See my video from the Capitol with Mark Dunlea, the Green Comptroller candidate; Newsday)

I spoke at the 7th anniversary of Occupy Wall Street in Zuccotti Park.

Our campaign is getting more traction with the media now that the primary is over. We are supposed to finally show up on NY1 in NYC.

Jia and I also marked the anniversary today of the hurricane that devastated Puerto Rico and the Virgin Islands by calling for the U.S. to cancel the debt, eliminate the control board, fully fund reconstruction, and solarize the islands’ reconstructed power grids under democratic public ownership.

The federal government’s disgraceful response Hurricane Maria highlights the need for a full-scale mobilization to confront climate change: a Green New Deal, 100% clean energy by 2030, a halt to all new fossil fuel infrastructure, divesting the state pension fund from fossil fuels, and fixing the MTA. 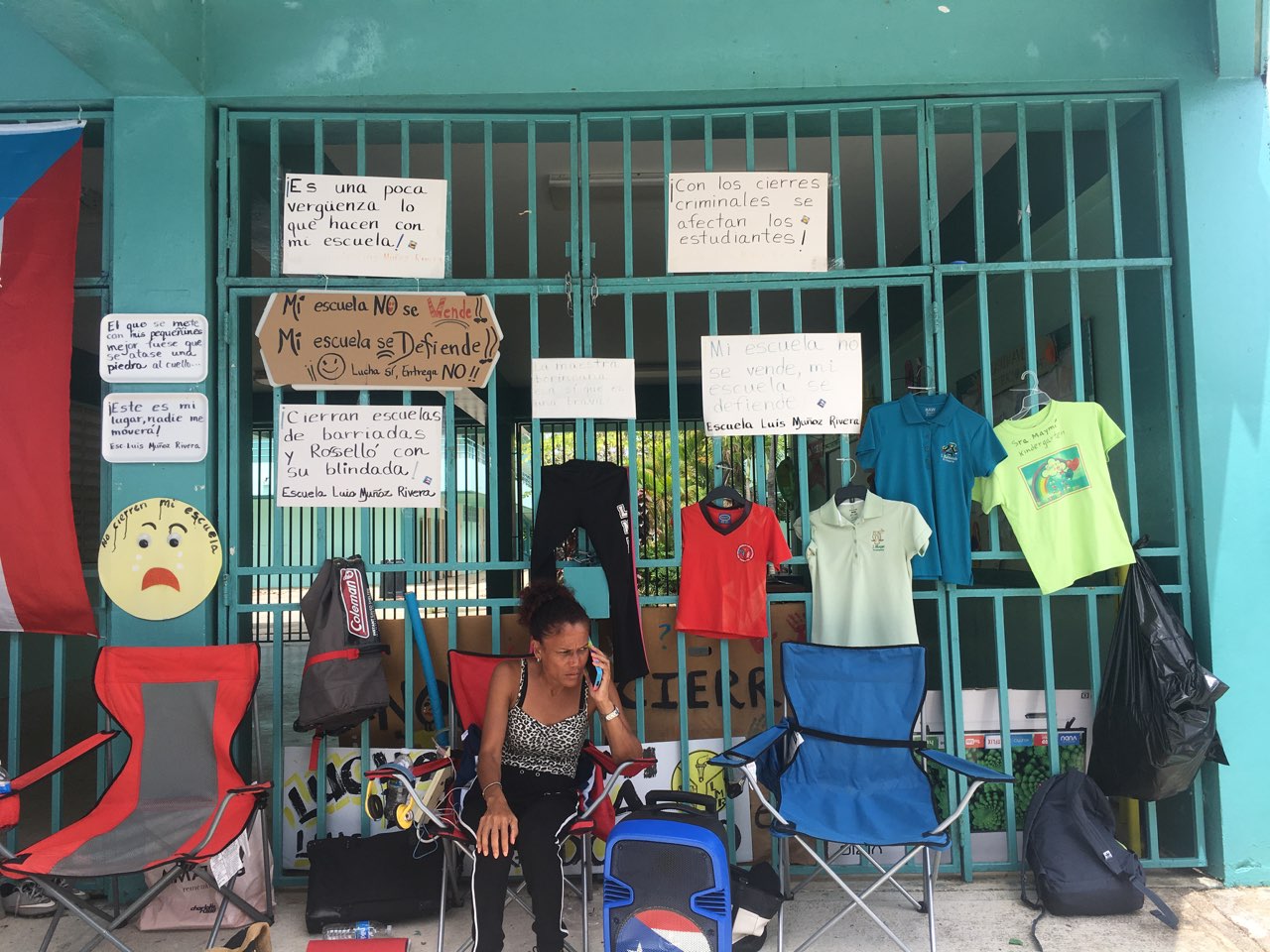 Jia Lee, a public school teacher and union organizer (profiled in Chalkbeat), spent a week in August helping the Puerto Rican teachers union organizer to resist the full-scale privatization of public schools there sought by the Trump. As Jia pointed out, we are seeing the blatant indifference to human suffering and loss. Further, disaster capitalism is forcing more instability in communities with more than 230 school closures and the government's promise to continue privatization. The only hope is with the grassroots and militant efforts of the Federation of Teachers (FMPR) and its alliances.

We hope you will make a donation today of $35 to join the effort to #DemandMore.

We also hope you will volunteer to help the campaign and build the Green Party in your community. We all need to work together to overcome the power of the 1%.

Thanks for all your support