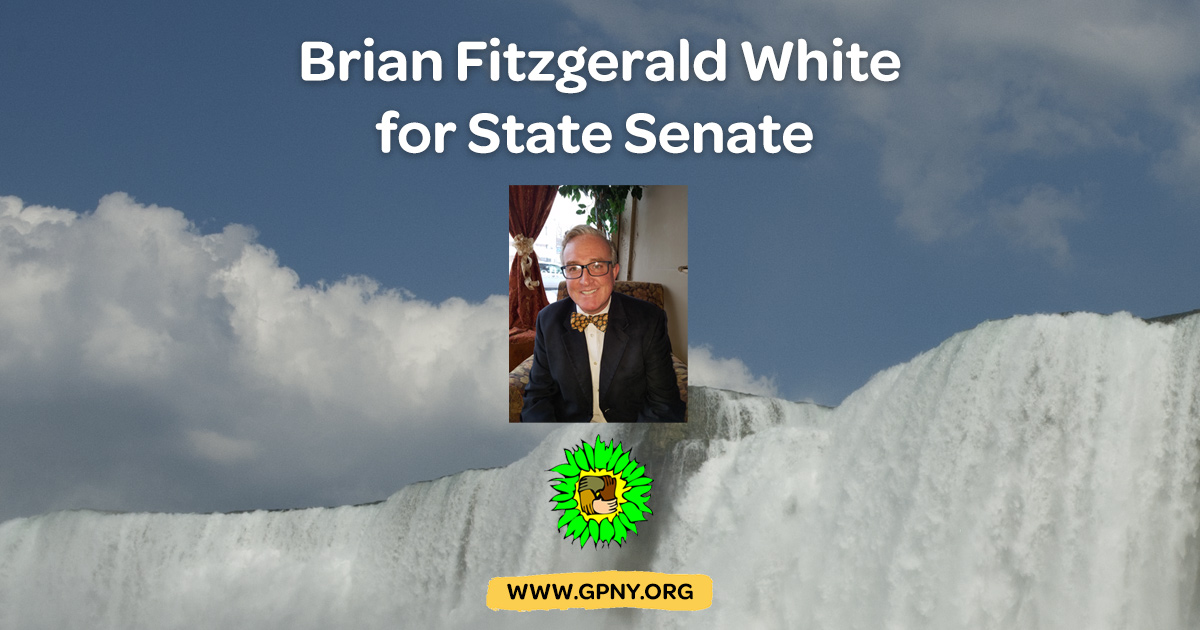 Disability activist, Brian Fitzgerald White, will be announcing his campaign for the Green Party's nomination for the 55th District of the New York State Senate at the 2018 St. Patrick's Day Parade. White will announce and take questions at the parade line-up spot for his division, at the corner of Strathallen Park and East Avenue at Noon on Saturday, March 17, 2018.

White, 47, is a barber, a bartender, and a consultant specializing in solutions for the intellectual and developmental disability population. He is also on the ANCOR International Council for people with Disabilities

Single-payer healthcare in New York State, modernizing transportation, and mitigating climate change are White's three main priorities for the campaign. "Over the last 20 years I have seen the way preventative healthcare can change people's lives. Ensuring that all New Yorkers have access to healthcare will lower long term costs as well as improve people's lives."

White was born in Rochester and raised all over the country, but returned to attend McQuaid Jesuit High School in 1985. He graduated from Penfield High School in 1989 and enlisted in the United States Navy (USN) where he served aboard the ballistic missile submarine the USS Kamehameha as a navigation specialist. After returning from active duty in the USN in 1994, White attended St. Bonaventure University where he studied management information systems. Since 2004, Brian has been actively involved in fighting for the rights of people with disabilities, and is a barber at Progressive Barber Shop, the oldest shop in the city. Brian currently lives in the South Wedge with his French Bulldog, Diego.

White recently registered as a Green to run for office. "I have become completely disillusioned with the current two party system and see the Green Party as the next viable option for creating change. I have met more and more people who believe the same and that's why I'm running for this office as a Green."

He also added, "I look forward to participating in spirited and substantial debates with my opponents in any and all candidate debates and forums. The people who live in the 55th District deserve nothing less."