I've dithered and dickered and dillied and dallied and skirted the issue for long enough. I think it is high time to articulate for once and for all just why I'm Green.

As I've said many times before, I believe deep and fundamental changes are needed in how we relate to one another and to Mother Earth. I believe we are in a time of grave crisis but also great opportunity. We face a host of problems and threats and challenges and pathologies. They can't be boiled down to any single underlying factor but they are all interrelated.

Lest I veer too far into abstraction, here some concrete examples off the top of my head, and in no particular order: income inequality, global warming, police brutality, species extinction, authoritarian governance, resource depletion, the ongoing subversion of democracy, our educational system in general, white supremacy, the denial of science, a lack of decent and meaningful work, vanishing wilderness, endless warfare, rising sea levels.

I could go on. This list is by no means exhaustive, though it is kind of exhausting to contemplate, which is why many of us seek diversion in various forms of entertainment or intoxication.

A broad and holistic response

With such a complex panoply of intractable problems, a broad and holistic response is required. That's where I find the Green program helpful.

A lot of people think the Greens have a narrow focus on environmental advocacy. In fact, the opposite is true. Flowing out of ecological science comes the insight that all things are interconnected and interrelated. Greens see that a systems approach is needed, both in our analysis of the problems we face and in any attempt to concoct solutions.

Thus, the Green approach is broad and holistic, encompassing social justice and ecological wisdom, peace and grassroots democracy. If you want more specific policy proposals, check out the national Green Party Platform. There's no lack of detailed recommendations there.

If anything, the Green agenda can seem so broad as to be overwhelming. Effective organizing is easier around a single, well-defined, concrete, achievable goal. That's the chief challenge to successful Green organizing, in my opinion: focus.

A little personal history may be in order. I came of age in the Reagan era, but I couldn't vote until he was on his way out. By that time I'd already concluded that our society was deeply troubled and in need of radical change.

My first presidential election as a registered voter came in 1988. I was living in Indiana, where George H. W. Bush and Michael Dukakis missed the filing deadline. The only legitimate candidate on the ballot was one Lenora Fulani with the New Alliance Party. She was the first African American and the first woman to get on the ballot in all fifty states. She campaigned for massive cuts to the military and championed gay rights at a time when that was virtually unheard of in national politics.

The powers that be decided to put Bush and Dukakis on the ballot anyhow, and Fulani sued to have their names removed.

I was fascinated by this development. I even made a trek to Indianapolis to observe a court hearing at which a judge ruled that Bush and Dukakis must be allowed on the ballot. To do otherwise would "disenfranchise the voters of Indiana." (I'm paraphrasing here — it was three decades ago after all.) The hypocrisy of the situation was abundantly evident. If the circumstances had been reversed, if Fulani had missed the filing deadline, would she have been granted similar consideration? Obviously not.

This was a concrete example which bore out my general hypothesis, that two major parties were entrenched, powerful, representing "business as usual" in two different flavors. Yes, they are different — but not nearly different enough.

I cast about for alternatives, but in Indiana at the time there were none. I'd heard of the Green Party, which is an international movement, but if there was any Green Party organizing in Indiana, I was unaware. I resigned myself to being an independent and an outsider.

Eventually I moved to New Orleans. I dared to dream of that there might be a well-organized Green Party here, such that I could just jump in and volunteer a few hours here and there.

No such luck. But I arrived just as Nader was ramping up his 2000 campaign for president. His run for office generated a ton of enthusiasm for the Green Party, and people were coming out of the woodwork to support his candidacy. Every week it seemed like there were a dozen new people like me looking to get involved. We didn't have a pre-existing organizational structure. We had to make that up as we went along. The metaphor that we used again and again was that of "building the bike as we rode it."

The next thing I knew, I was involved in the effort to establish a Green Party of Louisiana. We had local groups organizing in Shreveport, Lafayette, Plaquemines and St. Tammany Parish, with the hotbed of activity right here in New Orleans. We had meetings at the Nader HQ at first, then we rented space in a warehouse in Gert Town for a while.

This went on for five years, during which the local group took on a number of campaigns and forged alliances in the community. I experienced various degrees of burnout. When we had our founding convention for the state party in 2002, I just worked the door and didn't participate in the actual meetings much. I went up to Wisconsin as a delegate to the Annual National Meeting in 2004, but after that I faded to more of a supporting role. I maintained various discussion groups and a website for the local group, where I posted the minutes regularly (still online), and provided technical assistance.

So it was that some fellow Greens came straight to my house in Mid-City after they left the Secretary of State's office. They'd signed the documents and made it legal: the Green Party of Louisiana was an official political party, recognized by the state, with ballot status and everything. I helped them get the photo online.

That was in early August of 2005. Three weeks later — well, you know what happened.

After the floodwaters receded, so much changed. Many of the core organizers were dispersed. Some never returned. Others got focused on other things. For example, I spent years working with Friends of Lafitte Greenway. Still others kept the Green flame alive: Malik Rahim ran for the 2nd congressional district in 2008, in what was probably our most prominent campaign.

I don't regret my "time off" working on the greenway. It was very educational. For one thing, I saw how effective it is to organize around a single, well-defined, concrete, achievable goal. After all, the Lafitte Greenway is now a reality, one which continues to develop for the common good. Then again, our goals were slightly less ambitious than political revolution and the fundamental transformation of society.

By the time Eliot Barron contacted me in 2013, the state party was not very active. Certainly I wasn't doing any organizing. Eliot was full of enthusiasm, interested in running in the special election for the 5th congressional district. Together with some of the "old guard" we organized a state convention in January of 2014. Jill Stein came and talked to us, and we elected a new coordinating committee.

I had visions of a resurgent party, invigorated by the infusion of fresh blood. I had visions of passing the torch to the next generation. Perhaps I could retire and cheer from the sidelines.

That didn't happen. Instead, I found myself involved in trying to organize a local chapter. It's always seemed to me that the party should be organized from the bottom up, rather than the top down. We need strong local chapters across the state if we are ever to be effective.

And so for the last two years I've convened monthly meetings on an ad hoc basis. Mainly I feel like I'm "holding space" in hopes that other people will come in, get active, and be empowered to carry the struggle forward. Tomorrow night we will have our first annual meeting, at which we aim to ratify our bylaws, elect officers, and set some strategic objectives.

At least I hope that happens. As the fervor of the presidential election passed, attendance has dropped off steadily, and we've struggled to cohere as a group.

I hesitate to call this meeting a do-or-die moment for the local Greens. I'm more of a never-say-die kind of guy. Still, if any of this sounds pertinent to you, it may be time to step up. Please join us Tuesday, December 5, 2017. 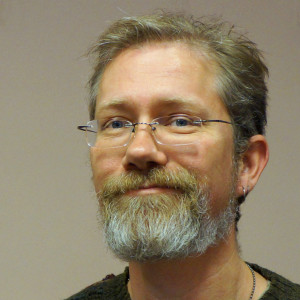 Bart Everson is a writer, a photographer, a baker of bread, a husband, a father and a resident of Mid-City. He is a founding member of the Green Party of Louisiana, past president of Friends of Lafitte Greenway, and a participant in New Orleans Lamplight Circle. More at BartEverson.com.