Why in the world am I running? 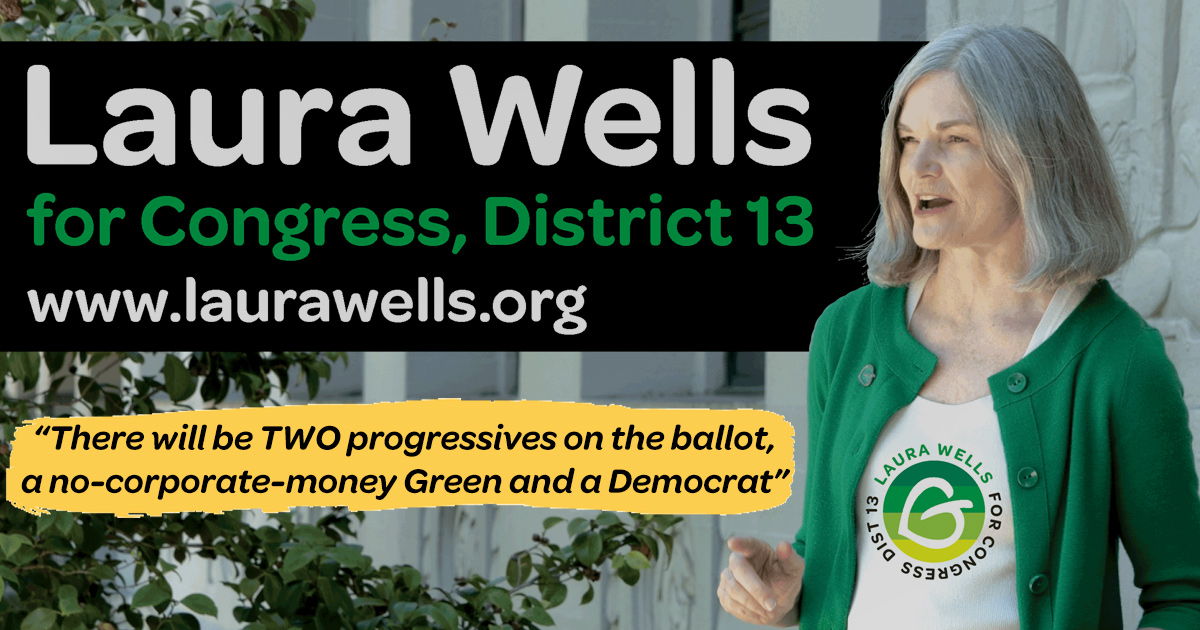 I am running for office because another world is possible!

I live in a district and a nation facing huge problems like poor access to the basics like healthcare, housing, education, and justice. WE MUST ACT NOW and demand more from our government.

Despite the Top Two primary that usually knocks off Greens and other independent candidates who dare to challenge the establishment parties in California, we had a chance this year to be on the November ballot, because our 20-year Congressional representative, Barbara Lee, was running unopposed on the June ballot.

In a vibrant democracy there would not be incumbents running unopposed. They should be challenged by candidates who demand more from our government and who call for debates to discuss how to provide the very basics our communities lack.

Because there was only one candidate on the Top Two primary ballot, the write-in candidate who received the most votes in the June primary would be on the November ballot. We ran and we won. There will be TWO progressives on the ballot, a no-corporate-money Green and a Democrat.

To oppose the status quo in Washington, since there is no Republican in the race, the strongest opposition vote is Green. The “worst case” in this election would be that a Green (or a Democrat depending on your point of view) would be elected!

I would love to have your support. Even if you want and expect Barbara Lee to be reelected, please support her by providing pressure. When casting your vote, say, “I like you Barbara Lee, and I’m voting for Laura Wells to show you’ve got pressure from your progressive district.”

This is a chance to pressure Congress toward ensuring that we have the basics we want and need.

P.S. Voting power is vital, and another way to pressure Congress is to join me and thousands of others at the Global Day of Action on Saturday, September 8, 2018.