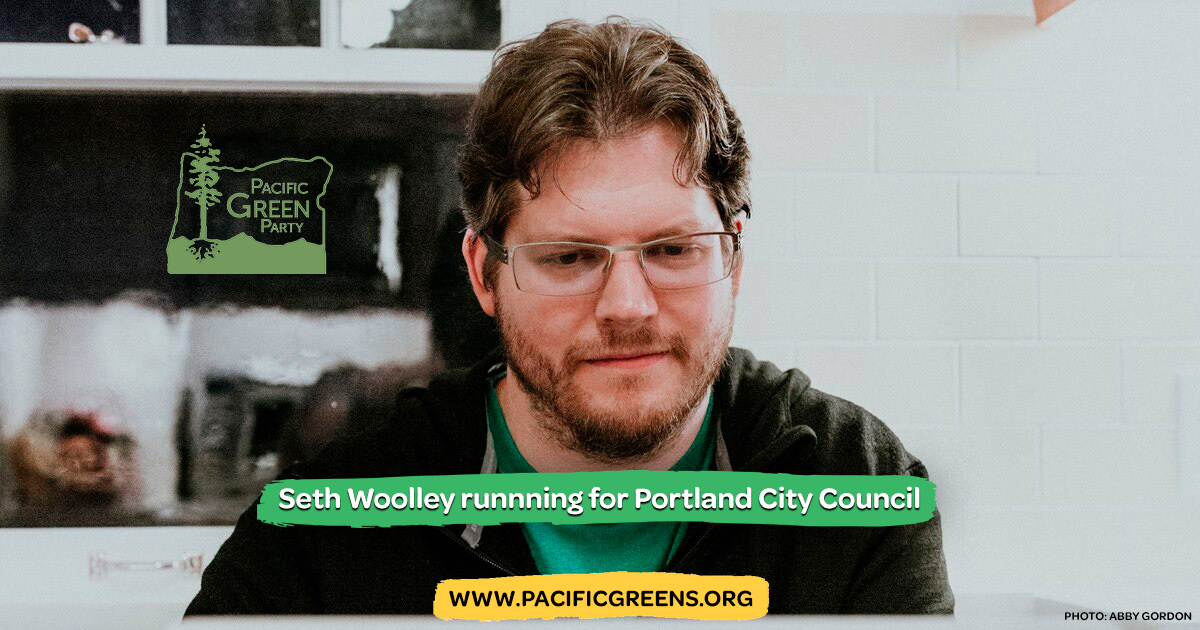 Portland, Or. – Elections watchdog and Pacific Green Party activist Seth Woolley will run for Portland City Council in 2020. Over the past several years, Woolley, 38, a who works as a software engineer for Uber, has watch-dogged Portland's elections and filed election-laws complaints with city and state agencies, while pushing for better government. This is reflected in his platform of progressive election reform, government accountability and environmental protection.

"That's where I come from: a good government, sustainability, grassroots democracy and things of that nature," said Woolley, 38, a software engineer at Uber.

Woolley filed to form a campaign committee Wednesday. He plans to challenge incumbent City Commissioner Chloe Eudaly in the 2020 primary election, as first reported by the Portland Mercury. Kevin McKay, a Portland banker has also filed to run against Eudaly.

Wolley has advocated for various government transparency and environmental issues. A few include: advocating for better access to public records, banning genetically modified organisms in Jackson County and overturning a measure that would have required fluoridating Portland's drinking water supply.

He's interested in removing Portland's commission form of government in favor of another model, such as a model with a city manager. Portand's commissioners have legislative, administrative and quasi-judicial powers, unlike most city governments, and Woolley says that mixing executive and legislative roles is "a terrible idea."

He also is a member of the Pacific Green Party in Oregon. In 2012, Woolley filed three complaints with a handful of county and state officials, alleging violations of Oregon elections law. He was a member of an Oregon legislative task force on campaign finance reform in 2016.

Woolley also ran as the Green Party nominee for Oregon Secretary of State in 2008 and 2012, respectively losing to Bill Bradbury and Kate Brown in those races. He got about 3% of the vote both times.