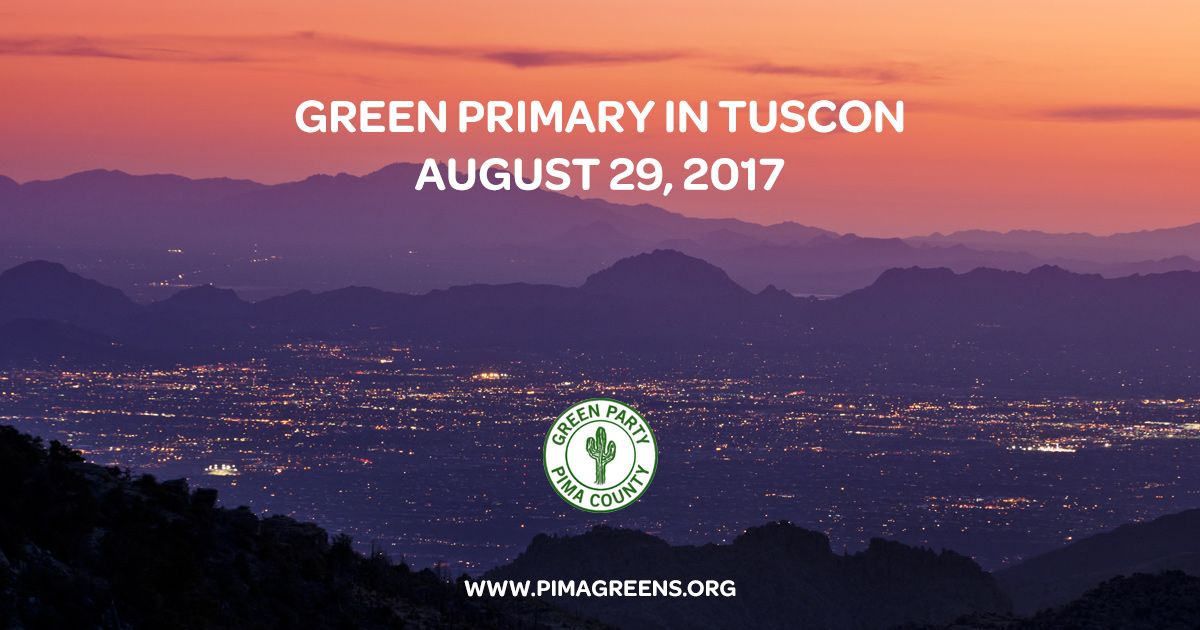 The Green Party of Pima County (GPPC) is running two candidates in the 2017 Tucson City Council Election. The two candidates, Michael Cease, and Michael Oatman, are both running in Ward 6, in the August 29, 2017 Primary Election. While most municipalities in Arizona have non-partisan elections, Tucson is unique because its elections for mayor and city council are partisan (candidates may run with a party designation, or run as an independent).

The winner of the Green Party Primary will move on to the November 7, 2017 General Election. Here is a brief bio, and the campaign issues, for the two Green Party candidates. 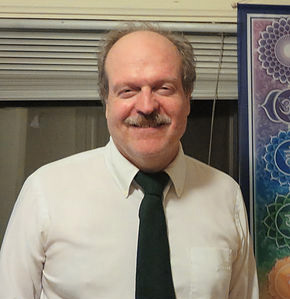 Michael Cease is the chairperson of the Green Party of Pima County (GPPC). He previously ran as the Green Party candidate for Pima County Recorder in the November 2016 General Election. He set a personal and Green Party record when he received 80,588 votes (22.20% of the vote). As a Ward 6 Council candidate, Michael's top 3 campaign issues are: 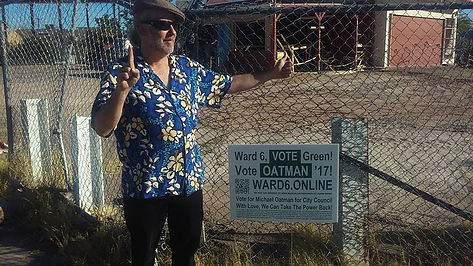 If you are a registered Green Party voter in Ward 6, please make sure to vote in the Primary Election on Tuesday, August 29, 2017!

Mr. Cease and Mr. Oatman participated in a candidate debate on the Arizona Public Media program "Metro Week" on August 4, 2017.