2018 State of the Union Response

Watch and read the Green Party's response to President Trump's 2018 State of the Union address.

The 2018 Green State of the Union includes a special broadcast of GreenStream and videos from Greens. See the videos below. 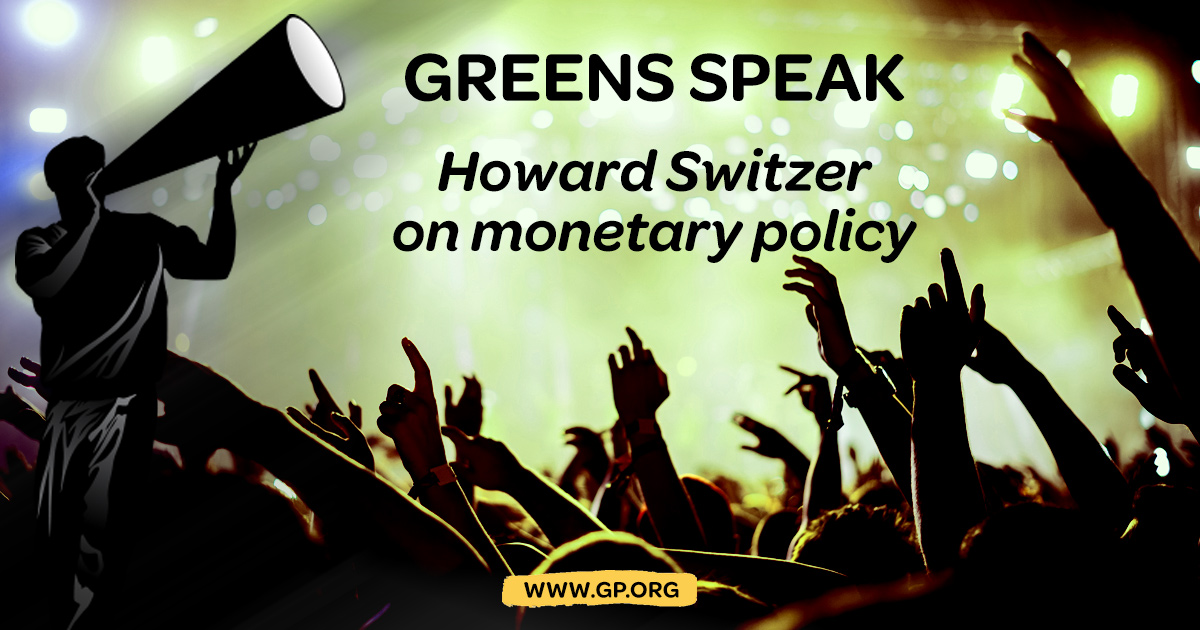 Howard Switzer, a long time member of the Green Party of Tennessee, talks about the Green position on monetary policy. 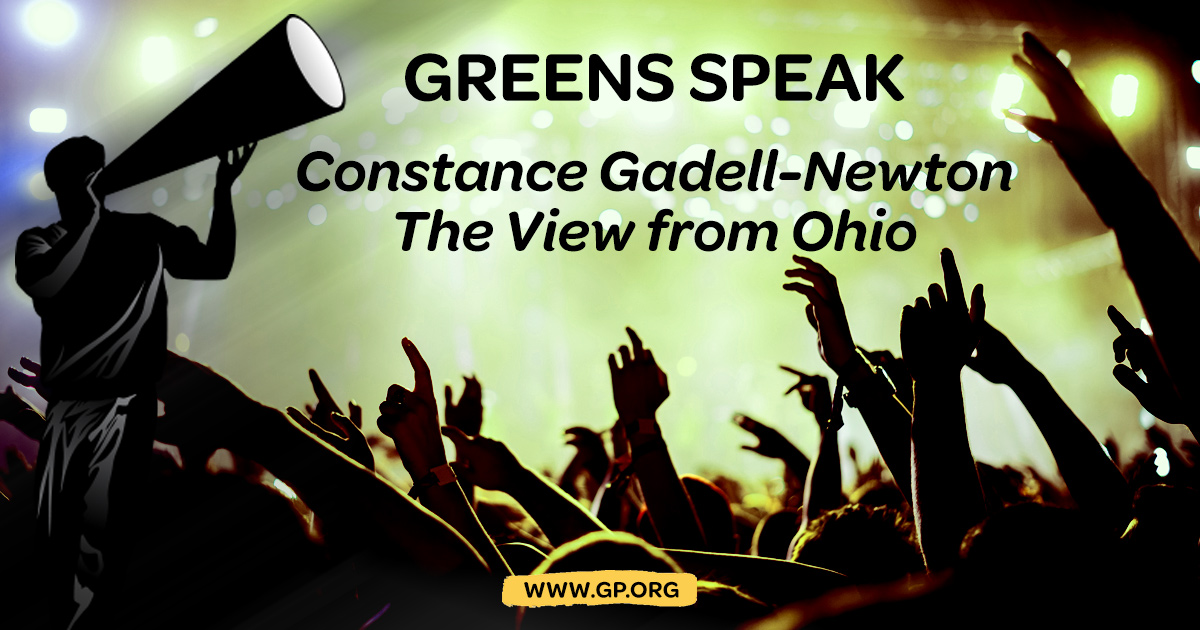 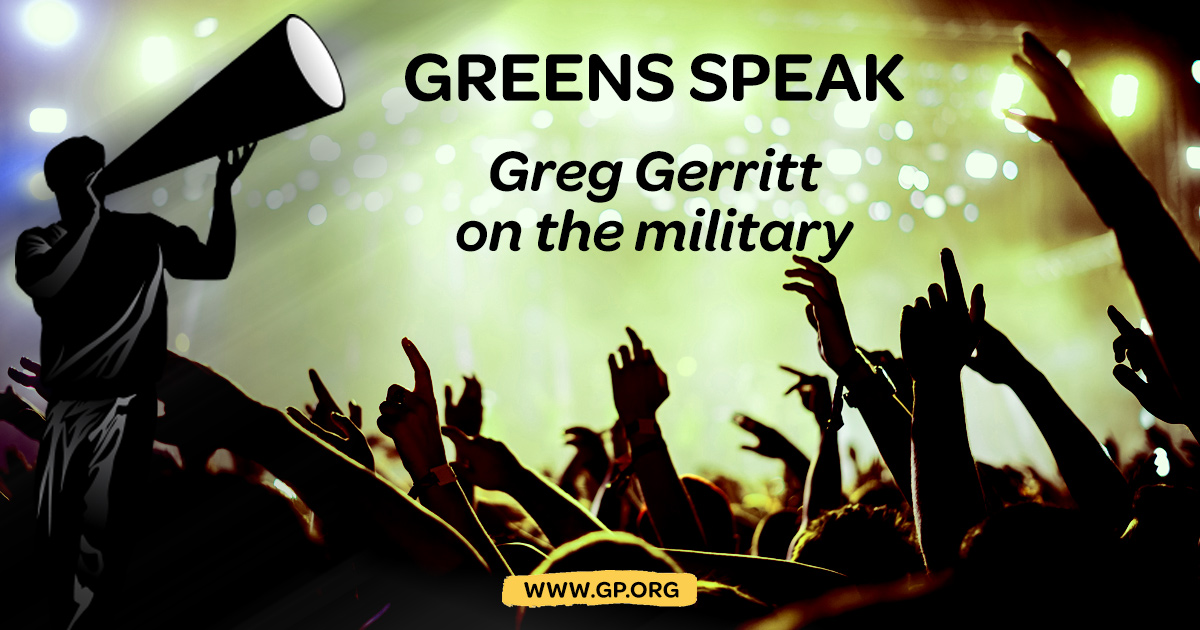 The State of the Union January 2018

Hello, I am Greg Gerritt, a Green Party member since 1984 and a resident of Rhode Island. The State of the Union is fragile, threatened by three interconnected issues, the expansion of the war machine, growing inequality, and climate change. 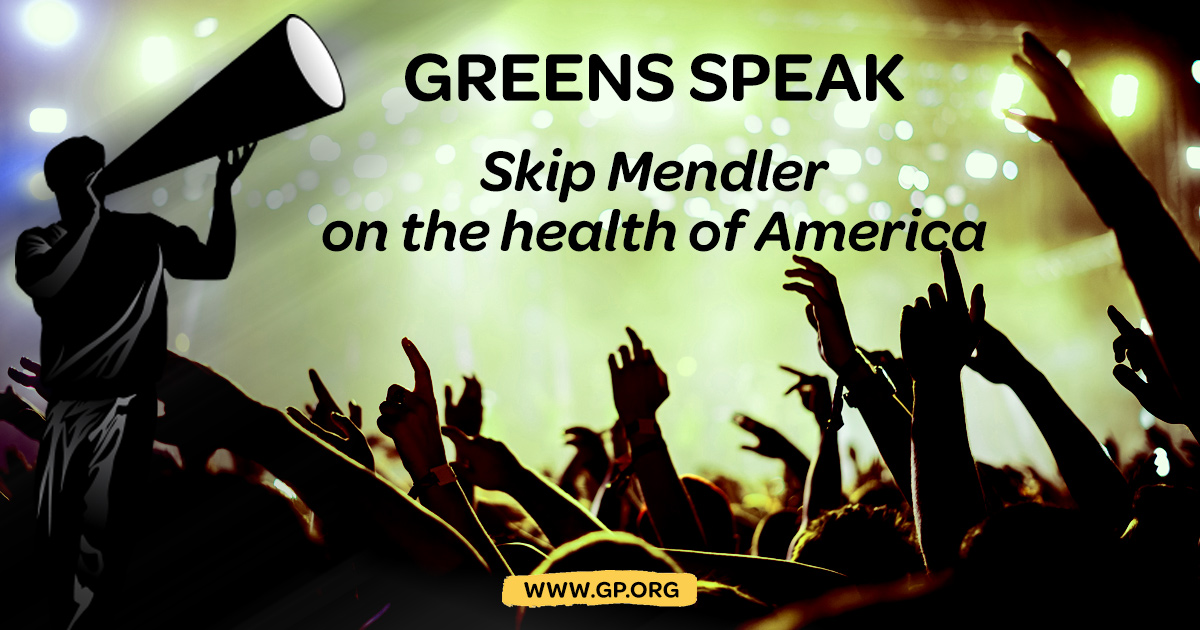 Skip Mendler on the need to change to a multiparty democracy in America. Mendler chose to record this in a hospital waiting room because the state of our union nearing life support.

He is a member of the Green Party of Pennsylvania.

Read more
The Green Party vision should be your vision
Jan 29, 2018 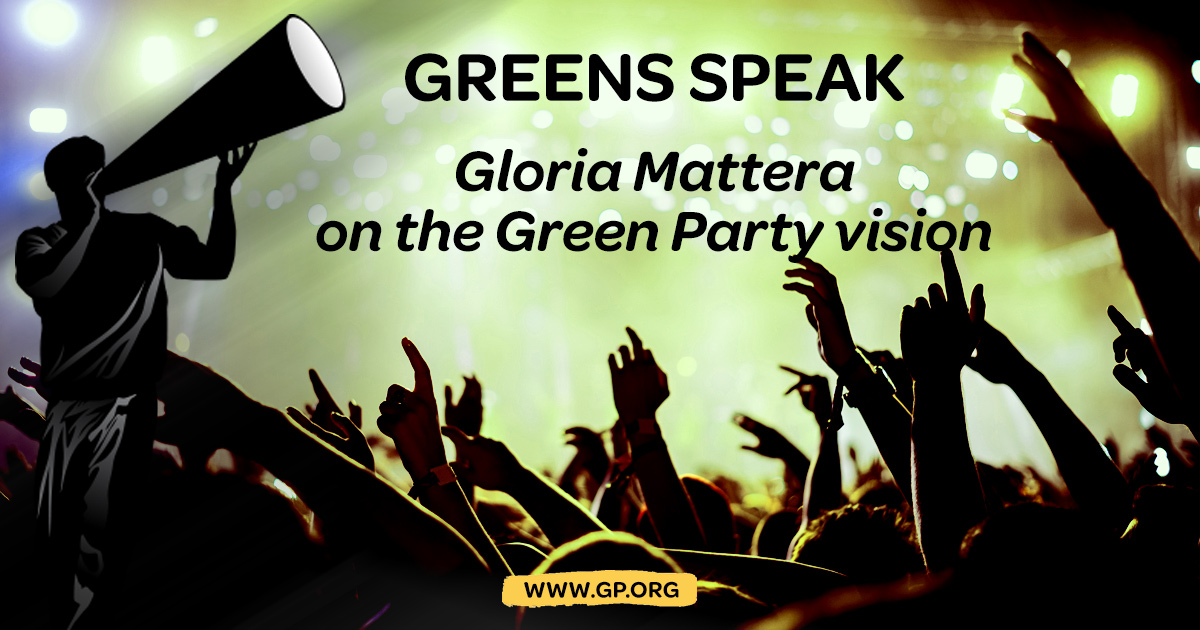 Gloria Mattera has been a member of the Green Party since 2001. Coming to the Green Party through the Nader campaign, Gloria has been involved in building a left, political independent movement since the mid 90's as a leader in the Labor Party New York Metro Chapter. She has served as a coordinating member of System Change Not Climate Change and is a founding member of Left Elect. 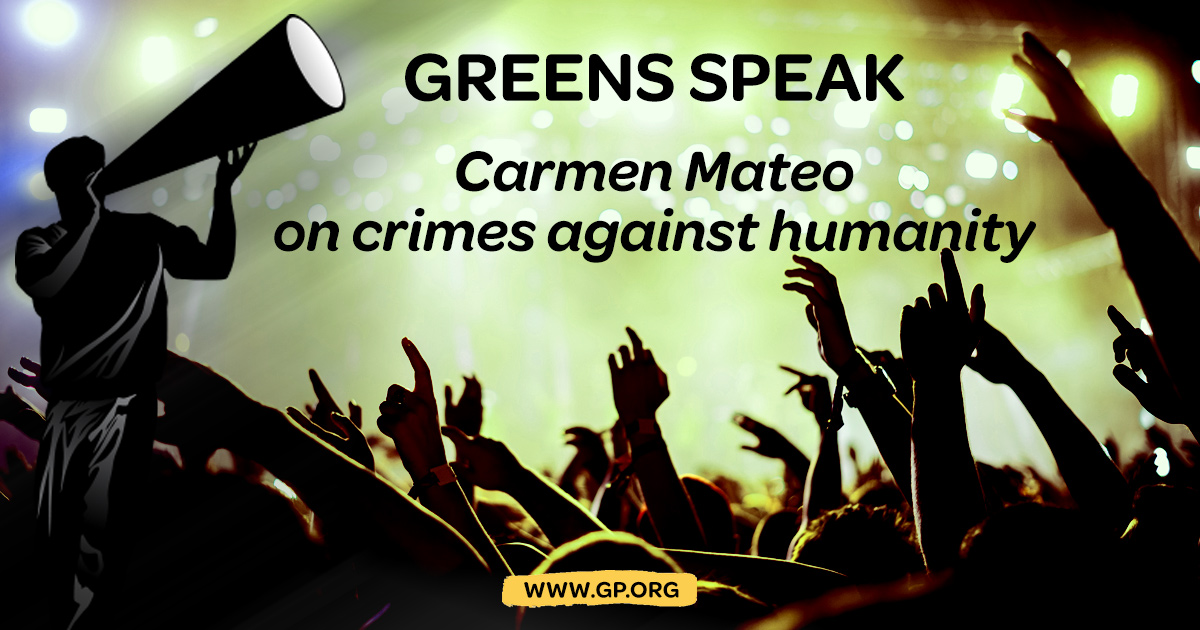 "The greed of those that represent us ... should be classified as crimes against humanity"

Carmen Mateo is an environmentalist and re-awoken activist from Nevada City, California. She serves as a member of the Green Party of California Nevada County Council. 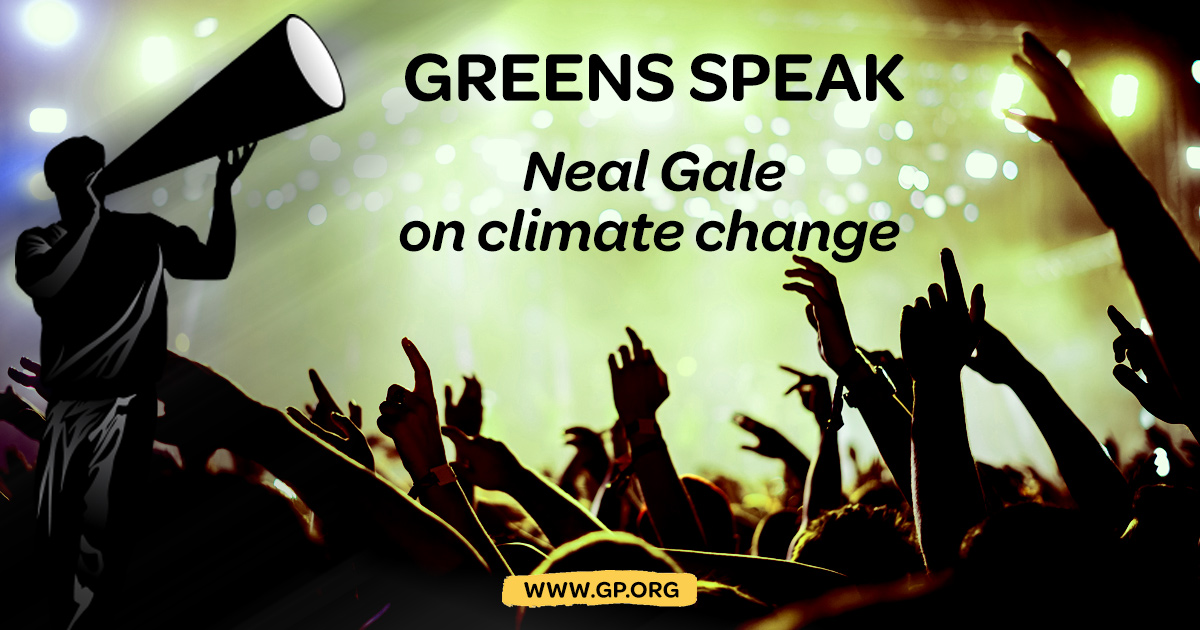 Hello, my name is Neal Gale, speaking to you on behalf of the Pennsylvania Green Party. Thank you for taking just a few minutes to hear what I have to say in response to the President's State of the Union address.

I believe it is vitally important to counter the President's position on many issues, but I am going to focus on just one, climate change and our national response to it. 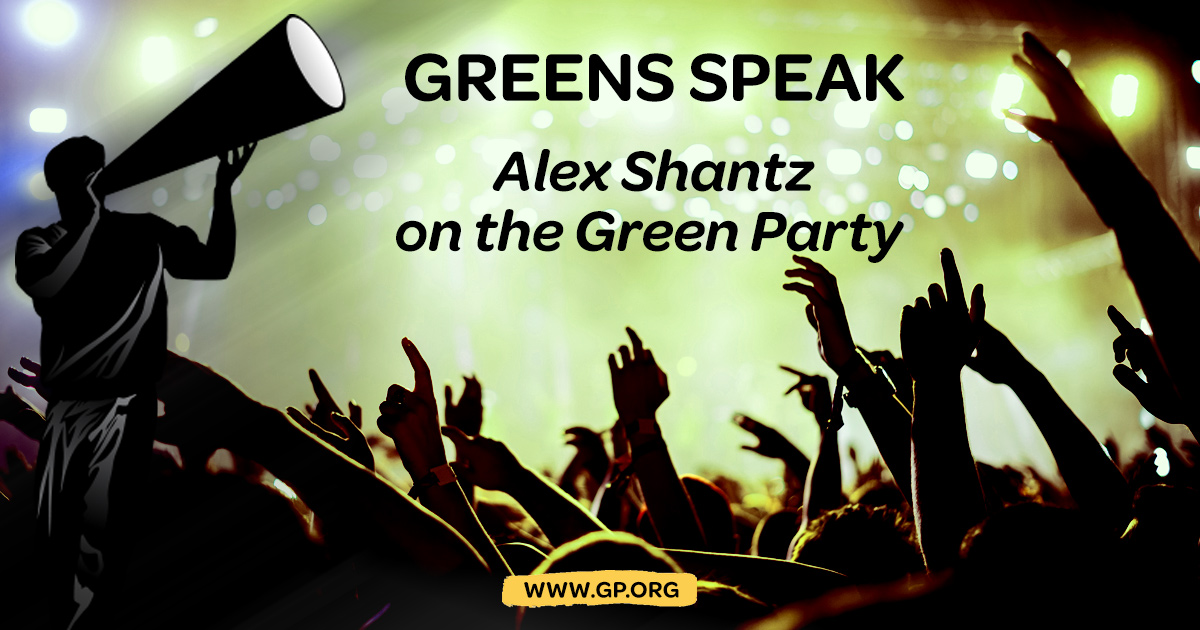 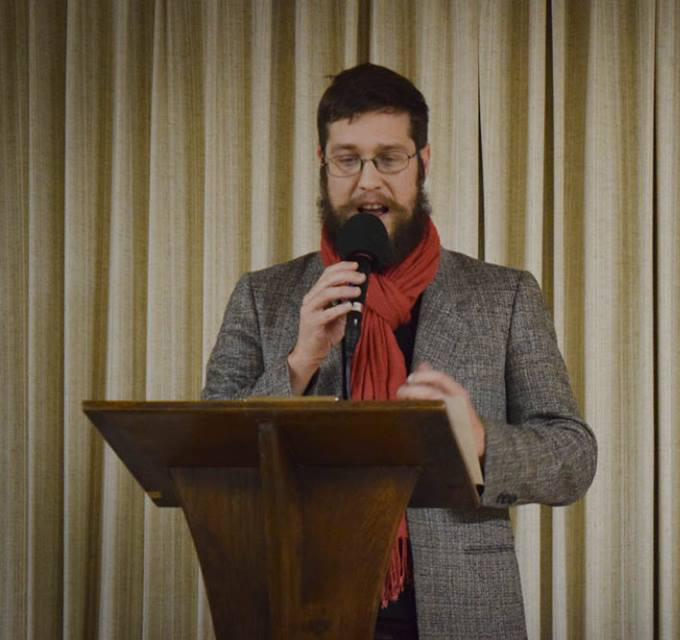 I want to discuss two ideas, anti-capitalism, why it's important, and local electoral insurrection.

Read more
Behind Trump's rollback of protections for working people and the environmen
Jan 22, 2018 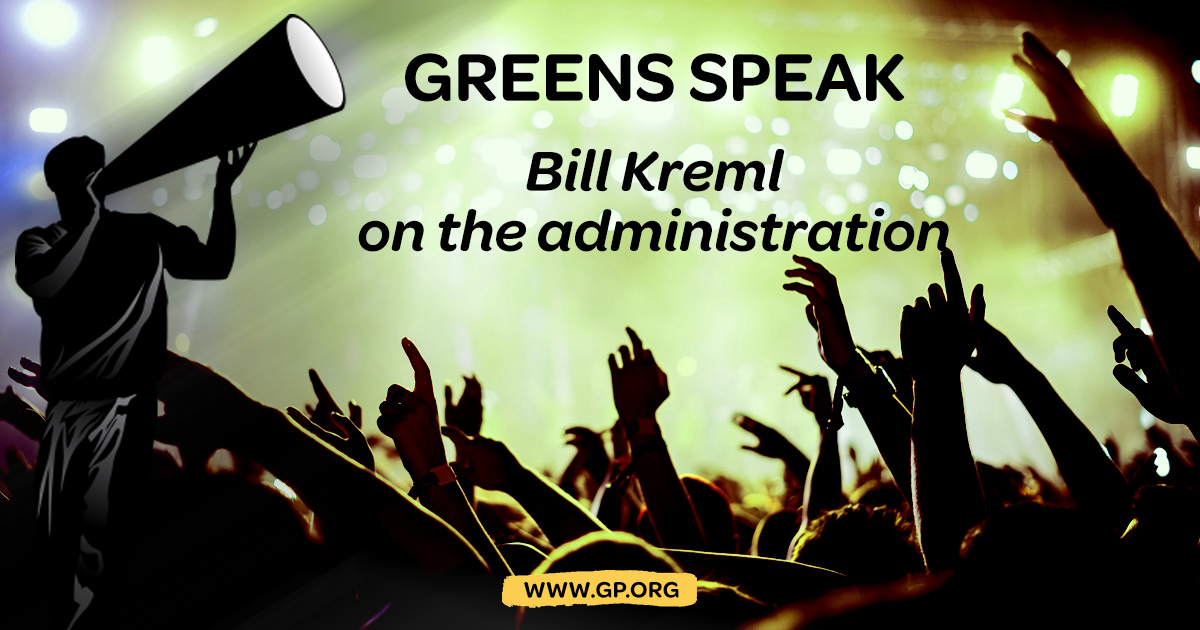 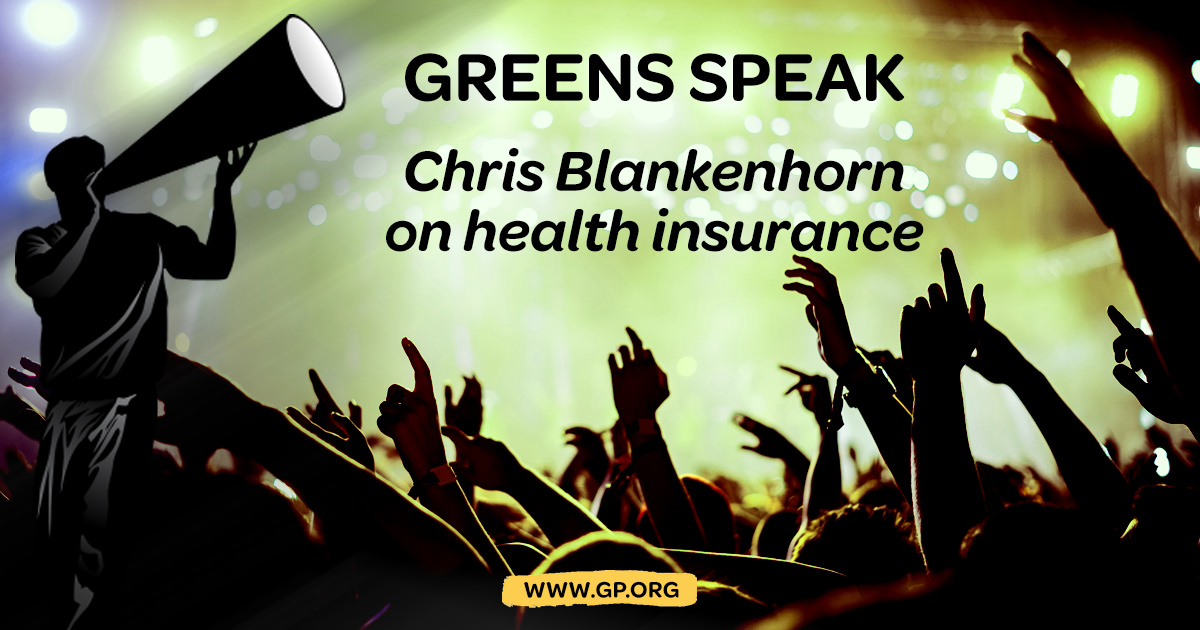 Hello everyone, my name is Chris Blankenhorn and I am a Green Party of the United States National Co-Chair, a Vice Chair of the Illinois Green Party, and a memmber and organizer with the Youth Caucus.

If you are like me, you’ve been getting emails, phone calls, and text messages on a daily basis from the Healthcare Marketplace reminding you that the deadline for Open Enrollment is fast approaching. This has become an all too familiar and depressing yearly chorus. In the fall you recieved a letter that your premiums premiums may go up. Then you recieve a letter about the new plan my your insurer wants to auto-enroll you in. This plan is seemingly guaranteed to be more expensive and provides less benefits. If you are like me, you recieved the same letter from your insurer last year. And the year before that. And the year before that. Every year it’s the same story. You’re premiums are skyrocketing and Benefits crashing.