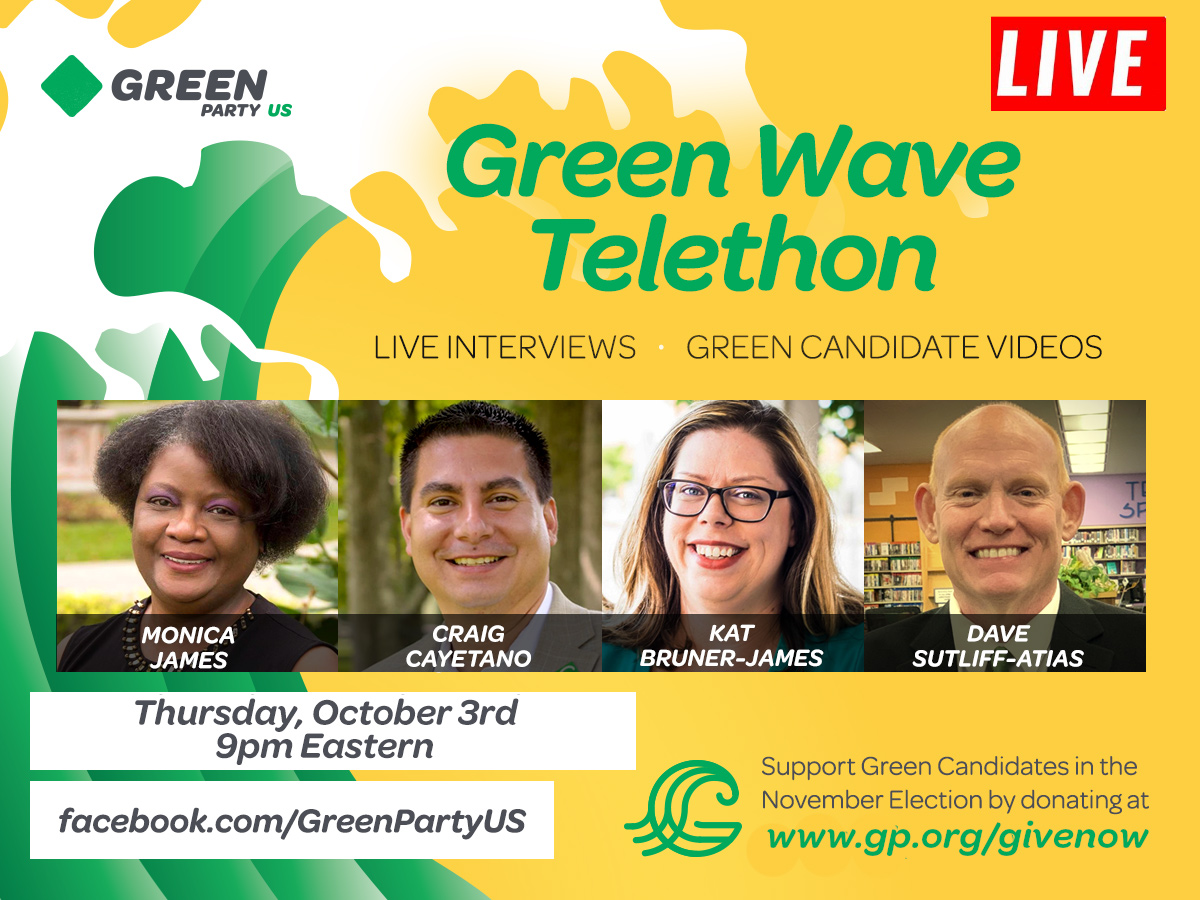 Surf’s up! The Green Party of the United States is preparing for its 2nd annual "Green Wave Telethon," a fundraising effort that is scheduled for broadcast on Facebook on Thursday, October 3rd from 9:00 – 10:00 pm ET!

The Coordinated Campaign Committee (CCC), along with the Media Committee, is hosting the 2019 Green Wave Telethon to celebrate all of the awesome campaigns happening this year and to raise funds that the CCC can distribute to Green candidates.