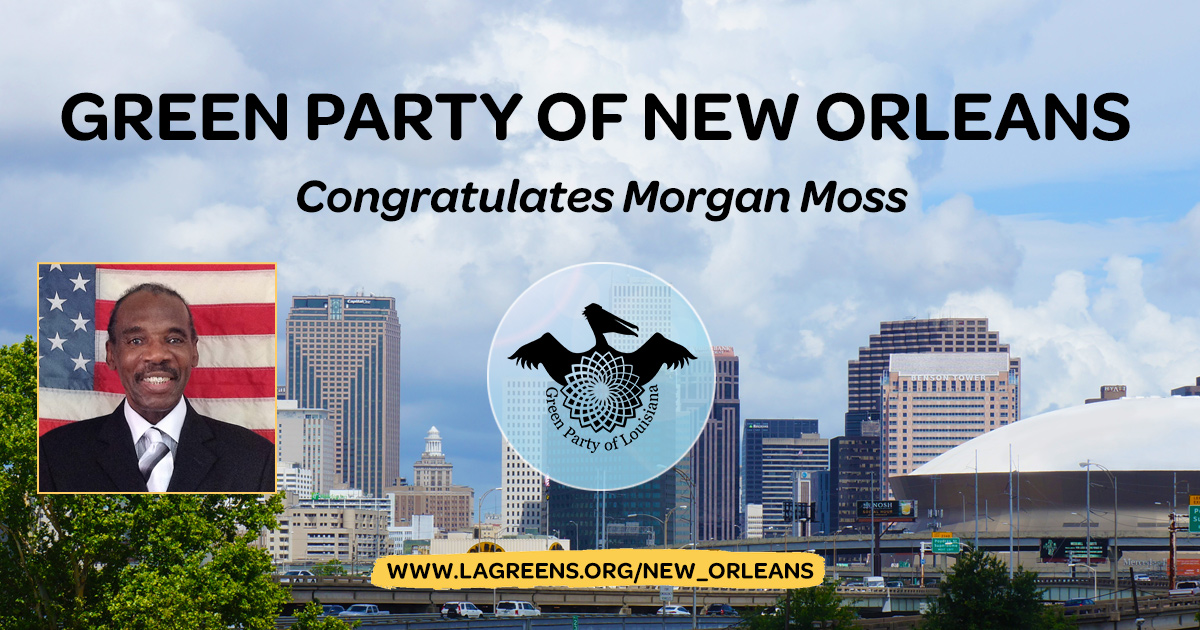 First, Congratulations to Morgan Moss of Rayville, Louisiana. He may have set a new bar for the Green Party in Louisiana. He received 37% of the vote in the mayoral race for his city. This might be the highest percentage of votes ever received by a candidate from our party. Who's next?

Second, our April meeting is around the corner. Here are the details:

Where: Mid-City Branch Library, 4140 Canal Street, New Orleans
The first half hour of the meeting will be a business meeting. The remainder will be devoted to an interactive discussion with Drew Ward (recent candidate for City Council) on the topic of Community-Based Economics, and what our local platform should look like.

Finally, we will be distributing the notes from our last meeting on the topic of Ecological Wisdom next week. Be on the lookout for them.