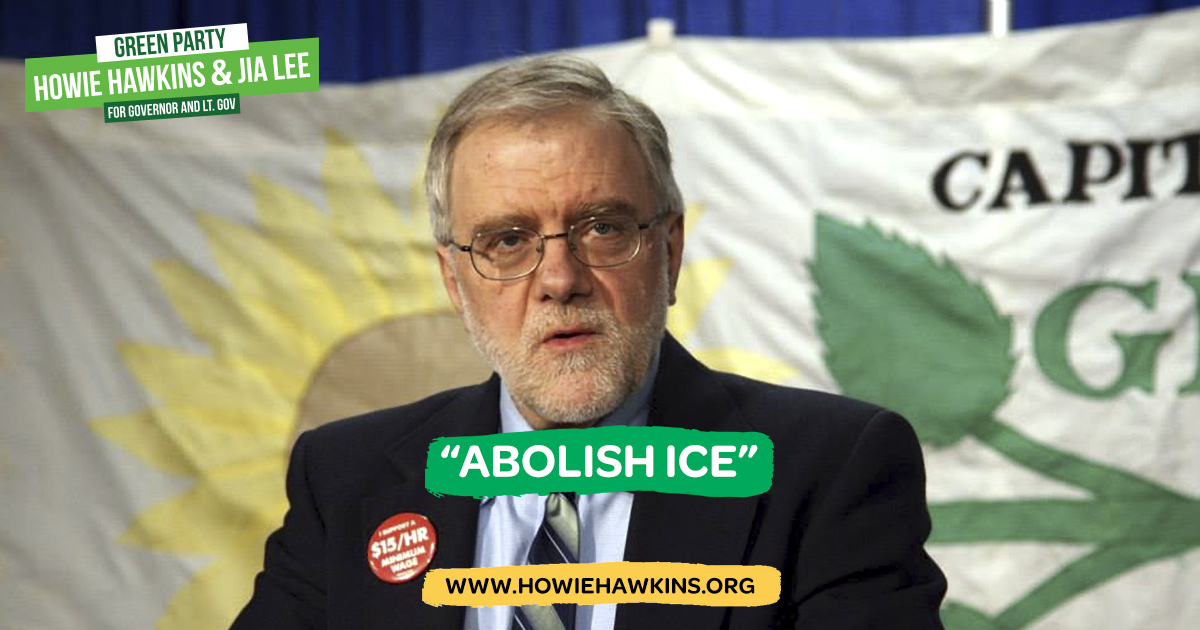 Will Join the NYC Protest on June 30 To Support Immigration, Reunification of Families

Howie Hawkins, the Green Party candidate for Governor, denounced Tuesday’s 5-4 Supreme Court decision upholding the so-called Muslim Ban “as yet another action of a rogue Supreme Court that puts reactionary political beliefs ahead of the facts and fundamental constitutional rights.”

Hawkins said the decision grows out of decades of racist, Islamophobic, and xenophobic policies fueled by both major parties, growing out of 9/11, the so-called War on Terror and white nationalist opposition to immigration.

Hawkins, who has long campaigned to turn New York into a “Sanctuary State” for immigrants, said that “providing a safe harbor for refugees is the morally right thing to do, and that in order to enact any reasonable immigration policy we need to get the racist leadership of Trump and Sessions out of office.” Hawkins noted that immigration has always enriched New York’s economy.

Hawkins will join the Green Party contingent at the End Family Separation rally and march starting in Foley Square in NY on Saturday June 30 at 10 AM.

Hawkins, a Syracuse resident, pointed out that CBP and ICE operate within 100 miles of the Canadian border and is snatching immigrants in Syracuse, Rochester, and Buffalo and from NY farms. The ACLU says that the federal government often ignores the constitution within those 100 miles.

The Green Party has spoken out strongly against the Trump administration’s separation of children from their immigrant parents.

"Not only is this treatment of children barbaric and inhumane but it is also illegal because child abuse in this country is illegal. Sub-standard living conditions compounded with the emotional trauma of being separated from their parents is a threat to a child's emotional and psychological well-being and will have long lasting negative effects on these innocent lives. The Trump administration and heads of ICE should be tried and convicted of child abuse and neglect," said Gloria Mattera, GPNY co-chair and child development specialist.