A May Day Message 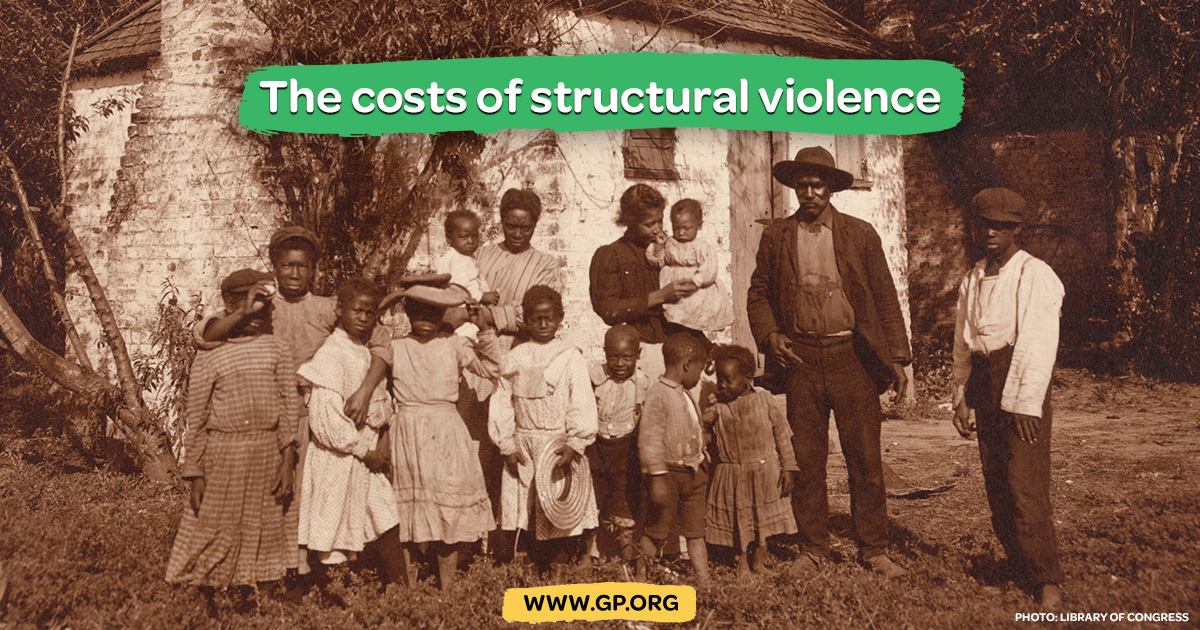 As Dr. Paul Farmer says, "Structural violence is one way of describing social arrangements that put individuals and populations in harm's way...The arrangements are structural because they are embedded in the political and economic organization of our social world; they are violent because they cause injury to people...neither culture not pure individual will is at fault; rather, historically given (and often economically driven) processes." What then are these historically given or economically driven processes? White supremacy and capitalism. Capitalism perpetuates the cultural and economic superiority of whiteness. Whiteness as a standard by which things are measured is also an effective tool of capitalism. The two things go hand in hand.

Having Indigenous American and African American roots I have experienced this structural violence first hand. One's proximity to a standard of whiteness affords them a great deal of power. I know if I didn't have a white sounding name that some doors would not have opened for me. I also remember the shock on the faces of the people when they find out that I have a darker skin tone and wider nostrils, fuller lips and coarser hair than what they were expecting. When dating I encountered people that said "no blacks." I also know the flip side of things where I am an exotic and ethnic experiment. In both cases I become "thingified," or objectified. I don't want to be a market commodity, a pretty face on a brochure. I don't want to help diversify the machine. Rainbow capitalism, rainbow imperialism, rainbow colonialism is still structural violence.

What fuels these oppressive structures, these processes? It is the drive for power, the drive to dominate, to see someone as thing to be used, as a competitor or threat, instead of as a life to be honored, respected, cherished in full. We are taught this and we can unlearn it and be taught differently. My great grandparents were considered pieces of someone else's wealth, property, or savages. Society's arrangements did not grant us wealth. Struggling to make ends meet has been normalized for us. I've lived in a tent, eaten out of trash cans, faced eviction and repossession. The value of our labor has not been used to enrich us, but has been stolen and re-purposed to enrich others by a normalized exploitative social and economic arrangement. We must dismantle the system that helps perpetuate this. 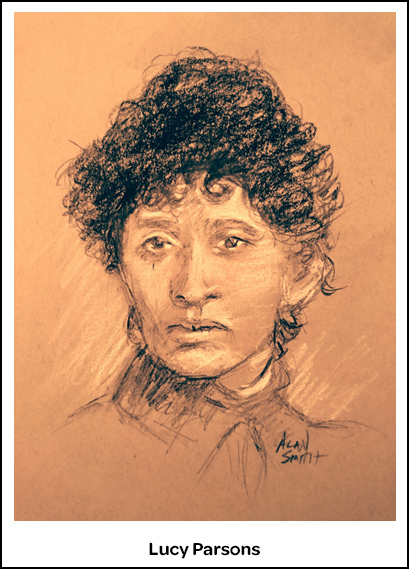 On May 1st, people around the world celebrate human dignity on International Worker's Day, created to honor those fighting for worker's rights in 1886 at Chicago's Haymarket. Lucy Parson's husband Albert was framed and falsely blamed for the outbreak of violence at the Haymarket after the peaceful rally, and summarily executed. African American, Indigenous American and Mexican, a writer, speaker, and organizer, Lucy Parsons carried on after his death and argued vigorously for unions that were all inclusive. She spoke out specifically for the rights of sex workers. She worked tirelessly to defend those who were unjustly accused and caught up in the criminal "in-justice" system. She ardently opposed war and imperialism. She advocated for the dissolution of hierarchy and for the development of critical thinking. We have an 8-hour work day, a weekend, and labor protections due to the work of all the many Lucy Parsons of the world. What happened at the Chicago Haymarket should not be viewed as simple historical trivia, but as a powerful moment filled with many lessons.

What then are our assignments, what is our homework? What are some concrete steps that we can take to create this world? We must voluntarily choose not to take part in the rat race. We are kept busy so that we can't think critically. Tech giants compete for your attention. Your attention is a commodity. Unplug, connect with nature, reconnect in deep and abiding ways with the people around you. We must rid our lives of isolation and alienation and consumerism. We must demand our worth. The average worker in the USA contributes $70 worth per hour to the economy and we are only demanding $15 an hour? Shouldn't we received at least 80% of the value of our labor? Demand $55! But that's unimaginable they say. Indeed it is, and we must use our imaginations to think beyond current arrangements!

We must use creative means to navigate the capitalist minefield, whether it's sit-ins, stalling, sick outs, strikes, or slowdowns. "We must tuck our bodies in places so that wheels don't turn," said Bayard Rustin. In addition we must also make oppressive arrangements obsolete using networking, co-ops, and informal mutual aid. The Montgomery Bus Boycott was not one "little old lady refusing to give up her seat." It was 50,000 people in Montgomery, Alabama boycotting for 381 days. It was 50,000 people courageously and creatively inventing a new ways of doing things from forming car pools to cooking and selling food and funneling the money into movement. It was people deciding to walk and to make stuff instead of hopping on a bus to go to the store to buy it. It was the people in Montgomery choosing a different way of life.

There are other concrete steps we can take. We must run for school boards, become teachers, volunteer to be a guest speakers for schools or community events. We must ask questions. Our voices can shift the dynamics of a conversation and affect the outcome of a decision. Perhaps most importantly, we must keep learning and teaching. As Lucy Parsons said,"education must precede any great fundamental change in society."

I have hope that things will change and in fact are changing for the better. Arrangements are shifting. Old structures are crumbling. Some may argue that it will take too long. I disagree. As an educator, I have had students email me five years after a class and I have had students on the second day of class exhibiting tremendous shifts in their thoughts and values. I think we have all witnessed how fast society can change. So fundamental change either on the individual or societal level does not require a certain amount of time. I think what it does require is the opening up of a space. My classes are designed to do that. We can create space where ever we are for this change. Join me and millions of other Lucy Parsons in creating fertile ground and planting seeds to overcome and make obsolete structures of violence so that people, planet, and peace can thrive!

Alan Smith
co-chair of the Green Party of Pennsylvania

Lucy Parson: Woman of Will

A Fury For Justice: Lucy Parsons And The Revolutionary Anarchist Movement in Chicago