A Real Debate on Nov 1st 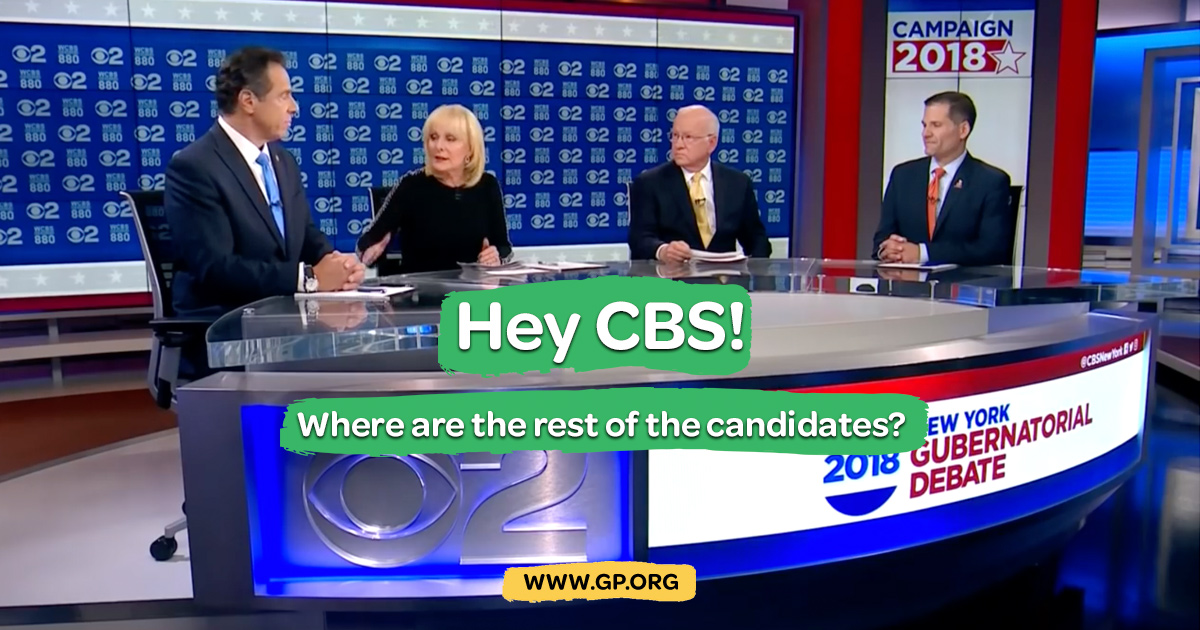 Syracuse, NY –  The first Gubernatorial debate for all candidates is being sponsored by the League of Women Voters, to be held on Thursday November 1. We hope you will make a donation so that we have the resources to get this debate the attention it deserves.

Last night's corporate media-sponsored, ego-driven debate between Cuomo and Molinaro was predictably devoid of ideas and full of petulant misbehavior. That is an insult to New Yorkers who are facing social, economic and environmental crises.

Howie's attorneys are in contact with CBS TV demanding equal time for for our campaign, since the exemption for airing debates does not apply when the TV station is the one sponsoring the debate. Howie has said that WCBS is acting like Pravda to ensure that the voters only hear about the two corporate parties.

Cuomo interrupted his opponent and the moderators repeatedly. Eventually the moderator threatened to punch out Cuomo if he did not behave.

And the news media admit the main thing missing from the debate was a discussion of the issues. The only upstate-related issue came at the very end when the candidates were asked if they supported a new taxpayer-funded stadium for the Buffalo Bills.

It was clear why Cuomo and Molinaro don't want to debate Howie or the other candidates – they would be forced to discuss the problems their parties helped create, and not just yell.

We have two weeks before election day. The corporate media likes to impose a blackout on the Green Party candidates leading up to the election to limit their choices to the two corporate parties.

Can you make a donation to help us get the word out?