A union worker in a "right to work" state 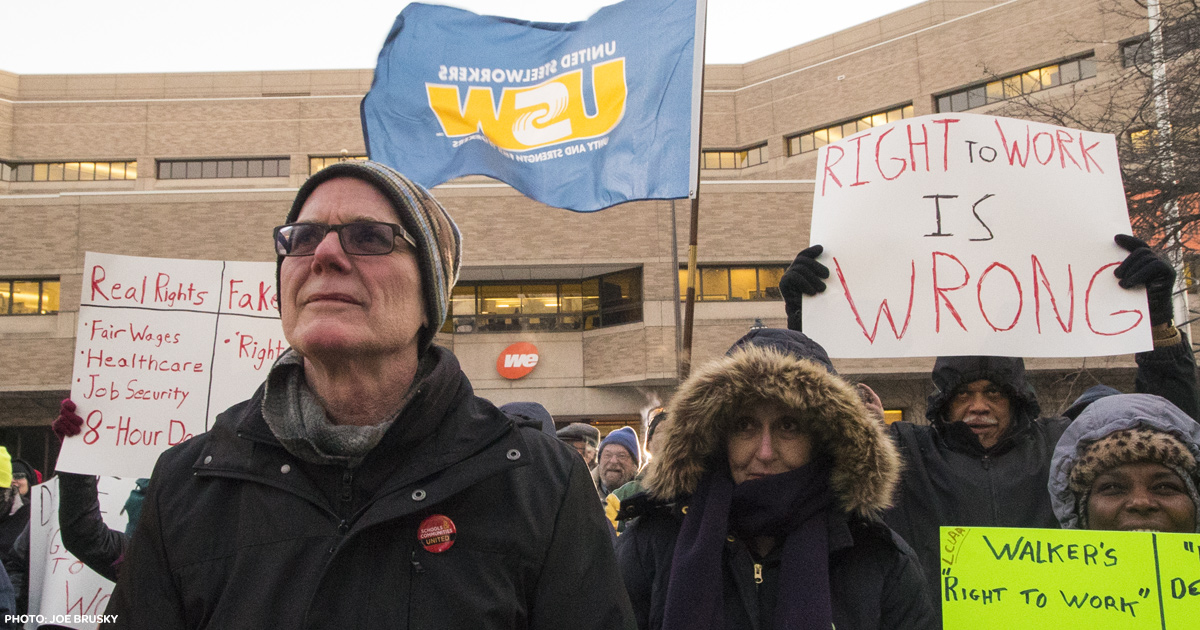 I feel that I am blessed to be a union worker in a "right to work" state - Florida. The travesty of this policy is just another insulting trick played upon the citizens of the USA. The proper disclosure of this should be worded "the right to have your fellow workers pay for your benefits from the union job you enjoy".

The whole idea of workers uniting should just be understood as a good thing. It helps with safety, job security, fair pay and other benefits that hard work should provide. The usual ploy by anti-union organizations is to cite a corrupt leader or two, even as they ignore all the dedicated and honest leaders nation wide - which is the general rule.

In the 1970's 27 % of the jobs here were unionized. Now it's down to only 7%. We are seeing the effects of this in the form of increased poverty across the nation and the resulting loss of buying power that would keep our economy strong.

Workers should have decent human rights for doing a fair days work and that should not appear as asking for an unreasonable entitlement. Employers should be happy to see their workers involved enough to make their place of employment as one that holds a higher standard for quality performance and long term employees rather than having to deal with high turnover from a lesser sort of operation.

People fought hard for the right of a 40 hour work week, ending child labor and other things like weekends off that now some greedy business owners want to repeal. As a woman, I appreciate the fact that I earn the same as a man doing the same work, because of my union's bargaining. Sadly, that is not the case when employers choose how pay is allotted. We also know that POC enjoy equal pay and benefits rather than exploitation. Let's continue the struggle for MORE unions and benefits for more workers!

Rather than allow our politicians to be bribed to worsen work conditions, they could pass single payer health care for all and really do a good thing for employers and citizens.

Thankfully, with the voters in Missouri recently saying NO to continuing as a "right to work" state, we can hope that the momentum for this movement will continue.