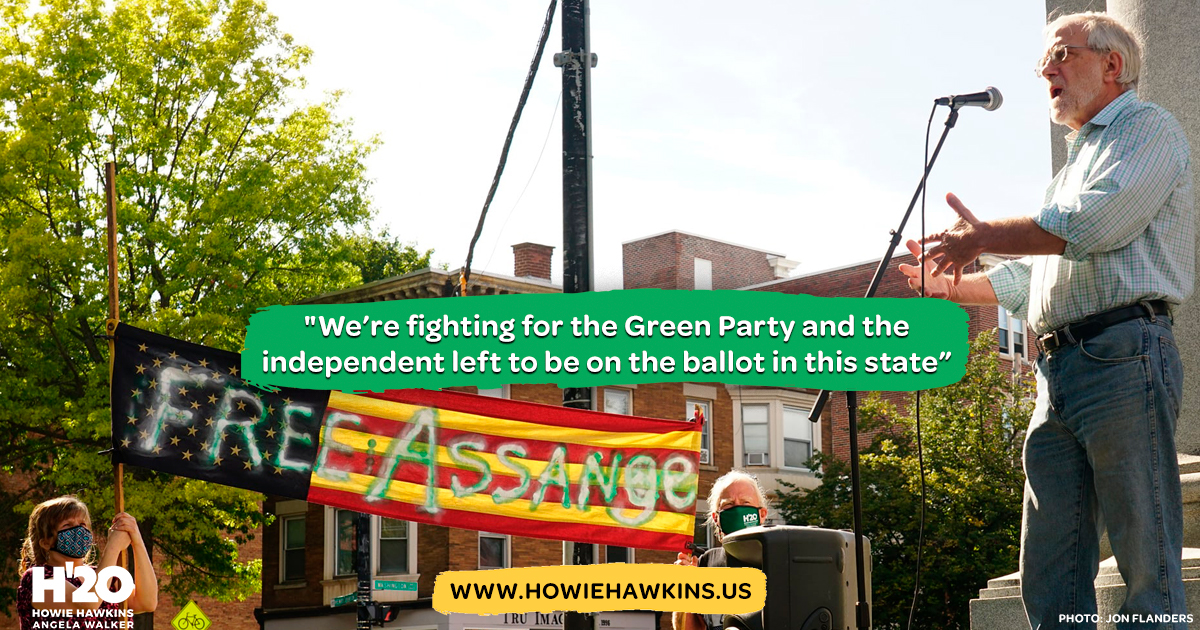 ALBANY, NY – Howie Hawkins, the Green Party's presidential candidate, rallied supporters at Townsend Park to get people to vote for him Nov. 3 so the party can meet the new state requirements to maintain its place on the state ballot.

The Greens need at least 135,000 votes or 2 percent of ballots cast, whichever is greater, this fall in the presidential electron to keep their ballot line instead of the traditional 50,000 votes which was done away when Gov. Andrew Cuomo approved the law making the change.

Hawkins and other Greens stressed their positions can only be heard by drawing voters to the line to have an impact on policy decisions. "We’re fighting for the Green Party and the independent left to be on the ballot in this state," Hawkins said.

Hawkins went after the Democrats and their party's candidate, former vice president Joseph Biden, as not running on any positions.

"When you think of Joe Biden what’s he for? Yes, he’s Uncle Joe. He’s not as bad as mean old Donald Trump,” Hawkins said.

Steve Greenfield, the Green Party candidate in the 19th Congressional District, said the party must turn out voters so it will have a line to run candidates in upcoming local elections.

The Greens have been in the national news these past few days as the Wisconsin Supreme Court stopped the mailing of ballots until it could be decided in the party would be on the ballot. Hawkins said his party doesn’t want to delay the mailing and that the Democrats should drop challenges to their placement.

“When they talk about Greens spoiling the election, it’s not us. It’s Black voter suppression,” Hawkins said.