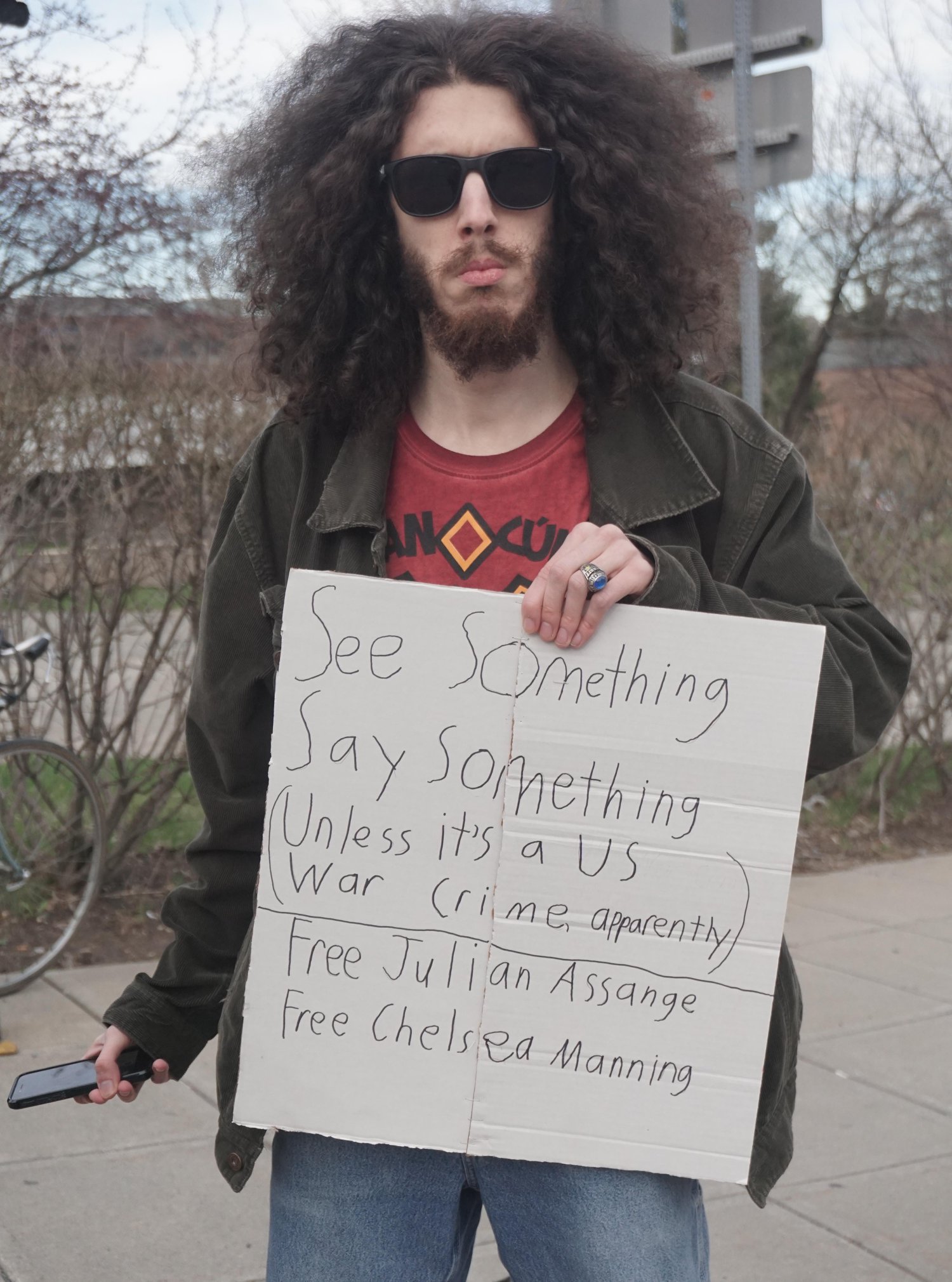 Speakers said Assange’s arrest and charges were a grave threat to press freedom, and that Wikileaks had been in the crosshairs of both the Obama and Trump administration because it had consistently revealed the criminal activity of the American government and the wealthy. The speakers also called for Assange’s immediate release and the abandonment of all criminal charges. The rally was also co-sponsored by the Capital District Socialist Party, and featured Joe Lombardo, a co-coordinator of the United National Antiwar Coalition.

"Make no mistake, the arrest of Julian Assange is a grave threat to press freedom worldwide. Because Wikileaks has operated as a journalistic clearinghouse for leaks on corrupt, criminal governments and the wealthy, it has long been in the crosshairs. We demand the release of Julian Assange and that all charges against him for his journalistic activity are dropped," said Peter LaVenia, Green Party of New York co-chair.

Other speakers mentioned the importance of Wikileaks in breaking numerous stories with traditional media like the New York Times, The Guardian, and El Pais, and the long list of journalism awards that both Wikileaks and Julian Assange had won over the last decade. Wikileaks also inspired others, like Edward Snowden, to leak information that exposed illegal government surveillance of US citizens.

Speakers concluded that the United States used what was essentially a bribe - $4 billion in IMF loans - to Ecuador to persuade the government to turn over Assange, who had been granted citizenship by former president Rafael Correa five years ago. They stated that this was yet another example of US imperial policies in Latin America that must be opposed, like the ongoing attempt to overthrow the Maduro administration in Venezuela and replace it with a compliant right-wing regime.