Allegheny National Forest: What goes on behind the scenes 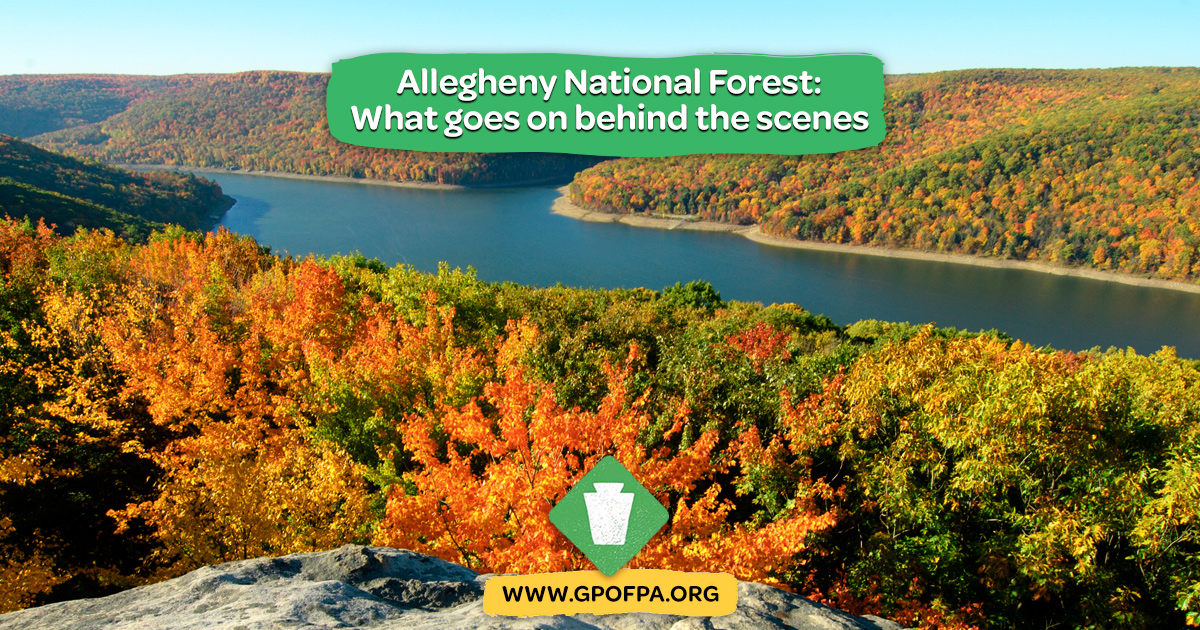 PHILADELPHIA – Private citizens currently own ninety-three percent of the subsurface mineral rights in Allegheny National Forest (ANF) in northwest Pennsylvania. On a recent visit to ANF, we found oil and gas wells, tanks of all sorts, hoses draining who knows what into the soil and air. Large cleared areas for well pads. Roads all through -- some relatively safe, some very much not. We found wells actively pumping, and wells long abandoned.

Once a fossil fuel company is no longer able to get enough gas and/or oil from a well, they will either plug the well (more about this later), or they will just walk away and leave it as is. Just because there is not enough production for profit does not mean there is no oil or gas still coming up from underground. When those underground metal casings rust/rot, that oil or gas (along with other elements such as radon) will migrate out. Depending on the depth of the well, they will ooze through the rusted casings and onto the ground and eventually into groundwater nearby.

According to a recent article in Climate and Capitalism, “There are three main consequences to public health and the environment from wellbore leakage: the contamination of aquifers and surface waters from gases, brines, liquid hydrocarbons and hydraulic fracturing fluids; the contribution to greenhouse gas emissions, especially from venting methane; [and] the explosion of methane accumulated in poorly ventilated areas.”

My friend Laurie Barr, founder of Save Our Streams PA, told me, “The standard process of plugging wells involves pouring concrete into a wellbore to prevent oil, gas and brine from deep formations from traveling up the wellbore to shallower formations, the aquifer and to the surface. The industry will tell you that plugs last for 20 to 50 years. Let’s suppose that they last that full 50 years before the concrete cracks and begins to leak. Then it is re-plugged and leaks in another 50 years, and so on until? I want to know, what about wells that have been documented to leak in less than a year after being plugged?”

In Pennsylvania, once a well is initially plugged and the well site is restored, the plugging bond, which operators are required to post, is released and any subsequent costs of monitoring and plugging is left to the state.

Let’s go back to those wells that have not been plugged. When there is new drilling in the same area, that gas can migrate out to an unplugged well, when newer wells break through into the same formation. When that methane gets into an aquifer and into water wells, it can then get into hot water tanks in someone's home. If the methane is greater than 5% of the volume of the water, you have a case for an explosion as happened in Bradford, PA, in February 2011 and in Allegheny, NY, in November 2019.

While accompanying Laurie Barr in the ANF over the past year and a half, I've been amazed by the extensive amount of damage by both past and ongoing oil and gas exploration activities taking place in our national forest. On our most recent foray into the ANF, we were accompanied by two advocates from the group Earthworks with their specialized optical gas imaging FLIR camera. Earthworks uses this industry-standard technology to make visible the normally invisible air pollution from oil and gas operations. They detected leaks from a number of active wells, which you can see clearly if you visit their website. One tank battery was venting so much that they told us it might be the second worse they had seen in the whole country.

You can view videos of leaky wells from our March trip in the ANF, and more pollution footage from around Pennsylvania, at https://earthworks.org/campaigns/community-empowerment-project/.

Barbara Laxon is a member of the Green Party of Pennsylvania (GPPA, www.gpofpa.org) steering committee. She lives in McKean County, PA, and has visited Allegheny National Forest many times searching for abandoned wells, which are leaking gas and oil.

“In northeastern BC, over 10% of oil and gas wells are leaking methane” by Romain Chesnaux, Climate and Capitalism, March 3, 2020, https://climateandcapitalism.com/2020/03/03/bc-over-ten-percent-of-wells-leak/

Save Our Streams PA,
http://saveourstreamspa.org/